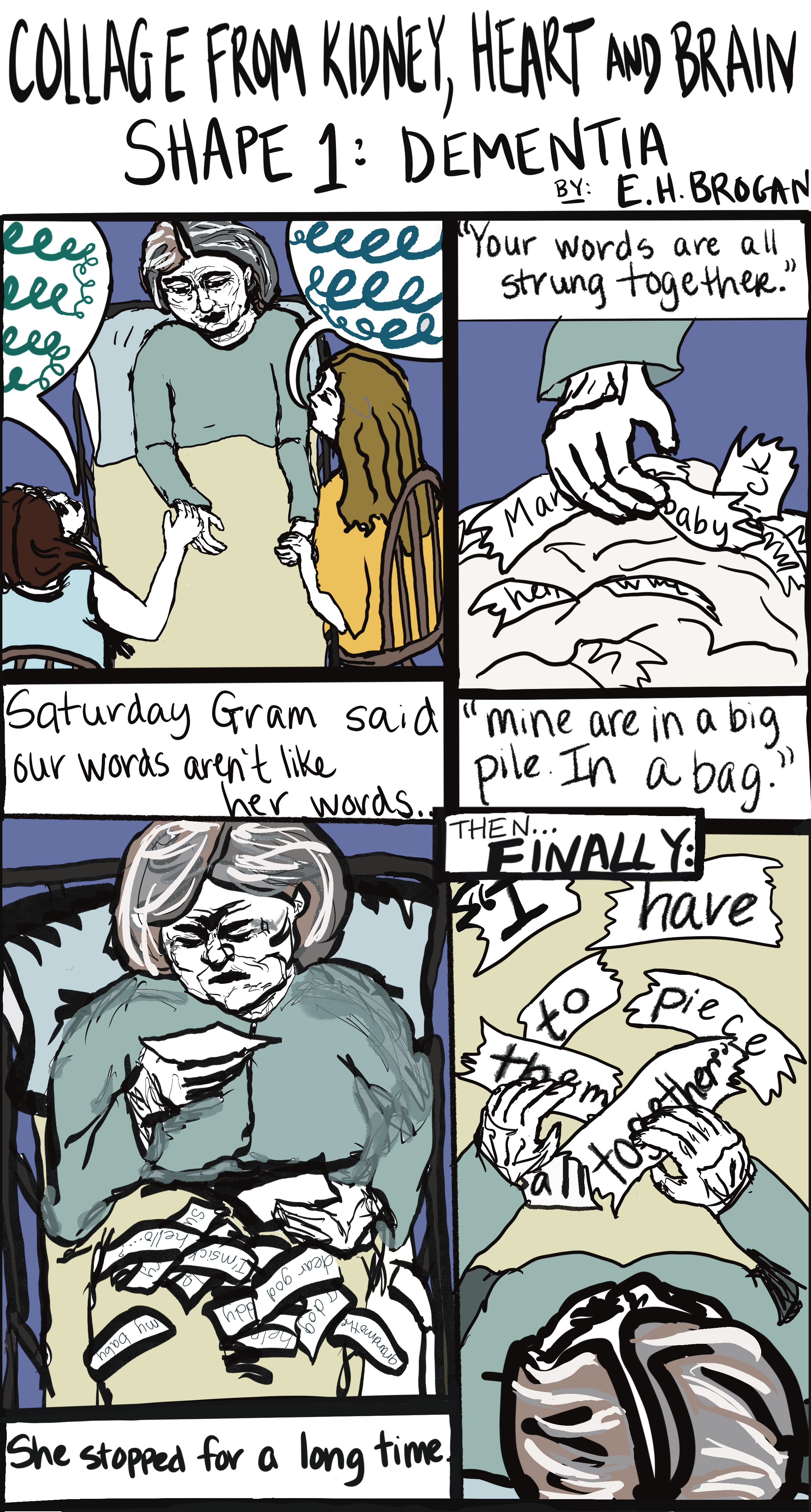 I am thinking this "Collage" will be four parts of four panels each.

For context, my grandmothers condition has been deteriorating for a while now. My mom decided to move her into their house and take FMLA about 3 weeks ago. I went home for my birthday weekend and spent time with my grandmother for the first time in a long time.

It is pretty bad folks.

Just now I was researching sundowning, because nights for her are a real issue. Apparently though sundowning is considered a “middle stage” dementia thing and so nothing online is really relevant or helpful for my grandmother who is catheterized, bed bound, and does not recognize any of her children, let alone grandchildren. She knows she is sick in some way but does not know how long she’s been at my mom’s. Most things don’t register with her — like, Halloween doesn’t get a flicker of recognition, she asks where things are when those things don’t exist, she gets trapped in childhood memories (or imagined fears — we can’t know if any are true or not, she’s 89 and none of us were there). Sunday she woke up and thought thought she’d had surgery on her mouth, stomach, kidneys and some other organ the day before. She calls out names of people my mom’s never heard of, and calls for relatives like her own grandmother who I think died when she was four or something. My father consists of multitudes — he has been her father, her brother, her uncle, a man trying to poison her, a terrifying man who sent her into hysterics. He leaves the room for five minutes and becomes a different person — the rest of us wish our self transformation were so easy.

Sometimes in the night she’ll just cry out “dear god” or “help me” over and over.

Apparently, these two nights that I saw are actually among the better nights she has had.

I have a lot of conflicting emotions.

This comic shows the most lucid two sentences she said during the course of my visit. When she expressed this — I was honestly pretty wowed. Her observation and self awareness were pretty astounding in comparison to, well, all other moments I’d spent with her til then. Her analogy poetic and vivid, accurate.

Most sentences she loses halfway through. Searching for words in that big pile next to her, I reckon.

My parents tell her every medication they give her is her blood pressure medication.

I don’t see any quality of life here. But it seems the dying are as much for those around them as they are for themselves. My sister compares her to a blackout drunk, I compare her to an infant, and to be real those two things are often much the same anyway.

Well, that’s a lot and still barely tells you anything.

I think my biggest fear is that this lasts a lot longer than the doctors have projected. That I think would be the worst — for everyone.