I've been looking at all the breadski posts and was thinking back on last december when I have attempted to make sourdough bread. I started a starter, it was going okay. Had it going for a week. But then I needed a dedicated day to start baking, and kept postponing so my starter was just becoming a flour-sink.

I was intimidated to start because all videos I was watching were telling me I needed to wake up the starter a day in advance, autolyse the dough, rest it 3 times and them proof it in some special baskets. And then cook it in some fancy le creuset dish. So after researching the shit out of it, I got discouraged (and kind of busy), and threw away my starter because it was just getting bigger and my motivation was shrinking.

But then yesterday, I saw a friend on facebook post about making Challah bread. And I realized if my idiot friends can do it, so can i! And after googling the recipe, it had about half the steps of the sourdough. Easy peasy! Besides, I haven't eaten Challah in years and forgot I liked it.

For my first ever bread baking attempt, I think it was a success! Tastes great - I replaced half the honey with maple sirup because I didn't have enough and it worked. I have the bad habit of starting recipes without checking I have everything I need. Also had to half the quantities because I only had 4 cups of flour left. Which was a good thing because the original recipe gave 2 loaves. I should really start reading ahed before just starting to make the things... I'm proud of the result, I might try other breads now! But maybe not the sourdough just yet. 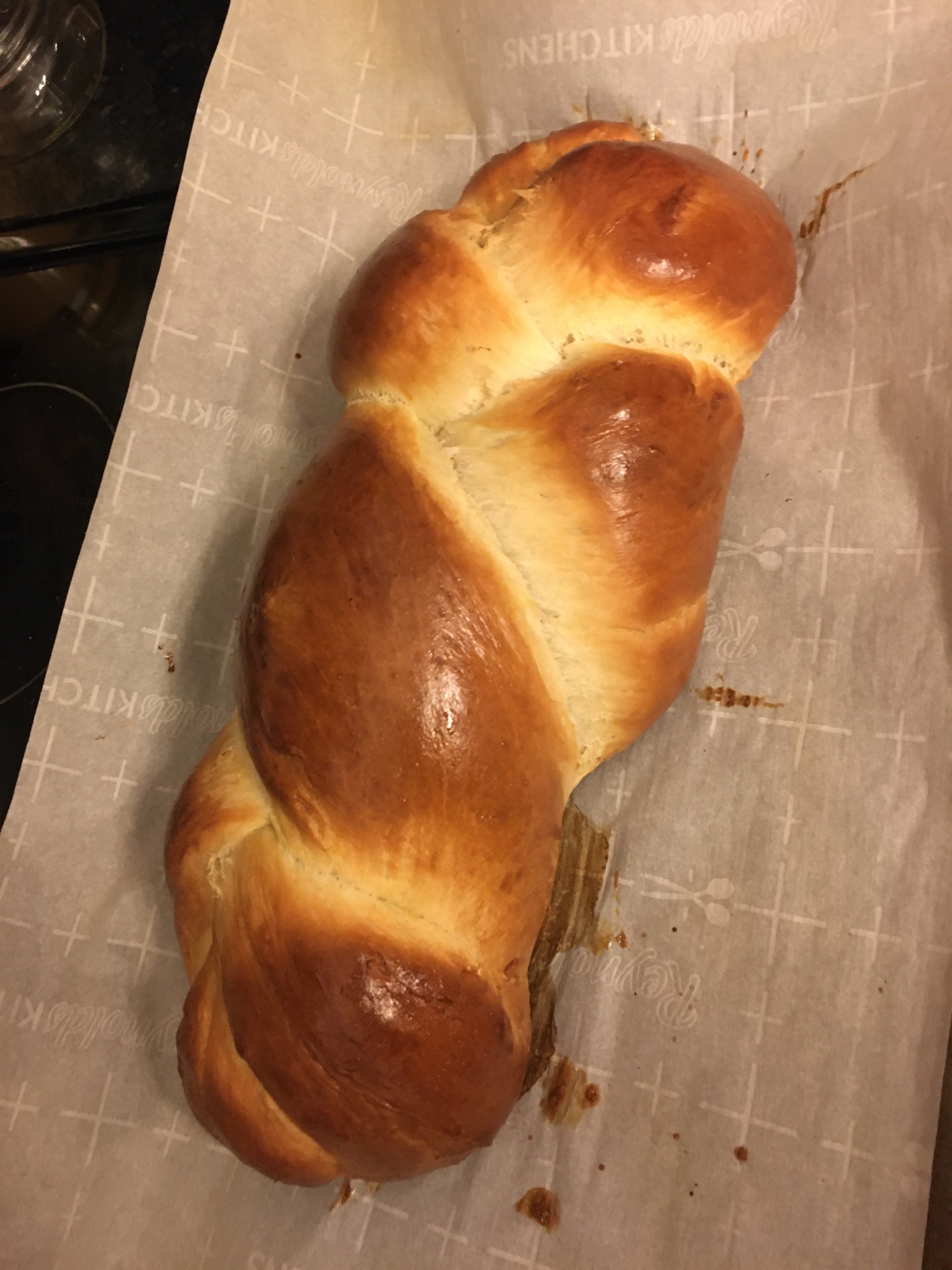 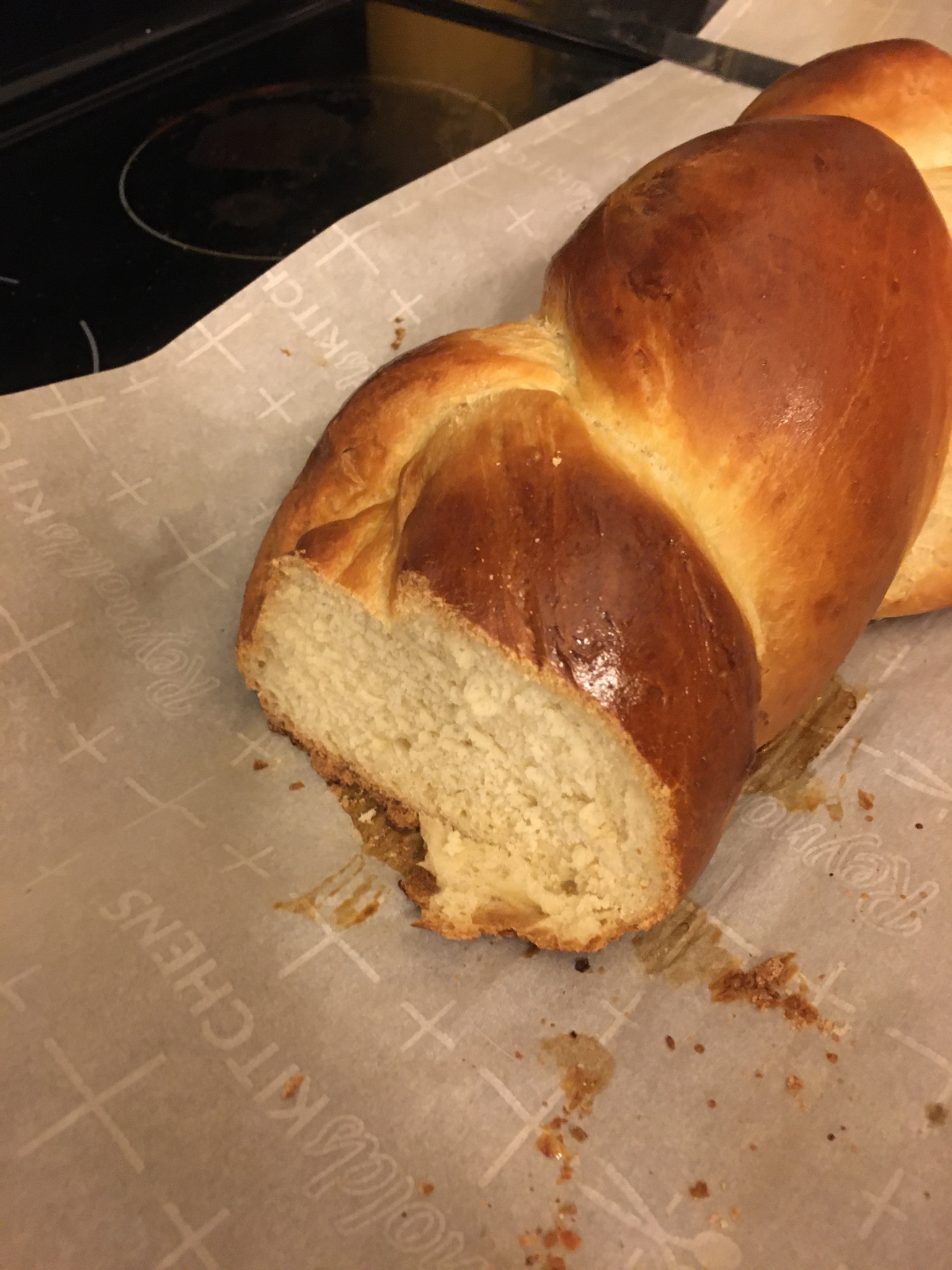 I find the bread is a tiny bit too dense - my house is pretty cool so maybe I could have given it more time to rise.

That's gorgeous Elizabeth. Well done. Isn't the braiding fun? When you feel like it again, try the six-stranded braided challah. 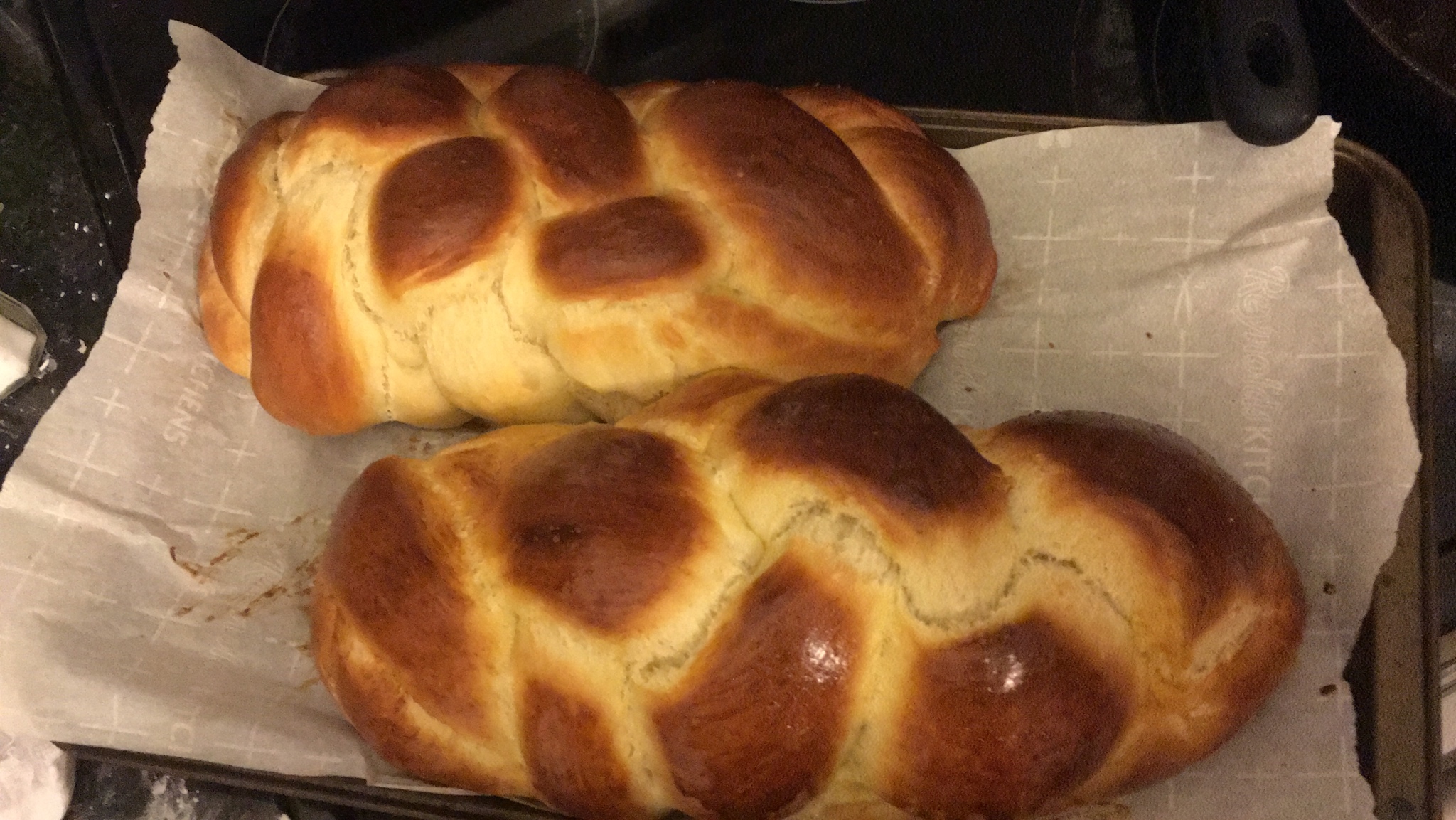 Here's attempt #2! Didn't manage to get the strands as thin as the lady in the video, but I like the look of the loaf more even in my amateur braiding attempt. Thanks for the suggestion!

oh nice! I'll try to do that next time for sure.

I'm supposed to be on a diet, but I'm tempted to make a big fat loaf of bread now.

“Acorns were good until bread was found.” – Francis Bacon