I'm meeting wasoxygen tomorrow (Tuesday) at 1730 EST in the center courtyard of the Smithsonian American Art Museum. Then we're going out for drinks at NoPa kitchen/bar. Maybe not super late because I'm giving a presentation at 0803 EST Wednesday. Maybe super late anyway.

Tagging Meriadoc, arguewithatree, _refugee_, and tagging blackbootz to tell him to throw one back for us in SoKo.

The meetup began at Proof, in Chinatown across G Street from the Smithsonian American Art Museum. We had our pick of seats as the place opened for happy hour at 5 p.m., and am_Unition was casting aspersions on economics by 5:05.

I allowed that macro seems to be a kind of folklore, but microeconomics appears to be as valid a science as any other, if dismal, and suggested that a concept like demand elasticity can be studied empirically and modeled with equations. am_Unition argued that there is so much noise burying the signal that predictions are useless. A pseudo-science then, with disputed measurements taken in an extremely complex environment used to create complicated models which project into a hazy future -- reminds me of climate science, I jabbed. I also accidentally used the verb “trump,” breaking the ice on as many contentious subjects as possible, but am_Unition was unruffled. He later confessed that they don't even bother to consider relativity when launching satellites, and just clean up the mess with orbital corrections later. Some science!

We walked over to SAAM to take in the special exhibit before it closed at 7. I pretended to be a tour guide by reciting bits from a Park Service history of the building, which stored patent models, served as a Civil War hospital, and was the site of Lincoln’s second inaugural ball.

The president and Mrs. Lincoln arrived at 10:30 p.m. There were 4,000 people dancing to the music of three bands by midnight, when an elaborate supper was served. The buffet tables could only accommodate 300 at a time, and “a mob rushed to the buffet. Chaos ensued. Foraging gentlemen grabbed large platters of food to carry to their guests, spilling much of it on the surging crowd.”

I forgot to mention that Walt Whitman got fired from his job in this building when a copy of his own book was found in his desk.

We followed a path (prepared with help from Google Street View’s perspective down the corridors) that passed by the portrait of Ben Franklin used for the $100 bill. Then a quick look at Albert Bierstadt’s “Among the Sierra Nevada, California” and Thomas Cole’s “The Subsiding of the Waters of the Deluge”. 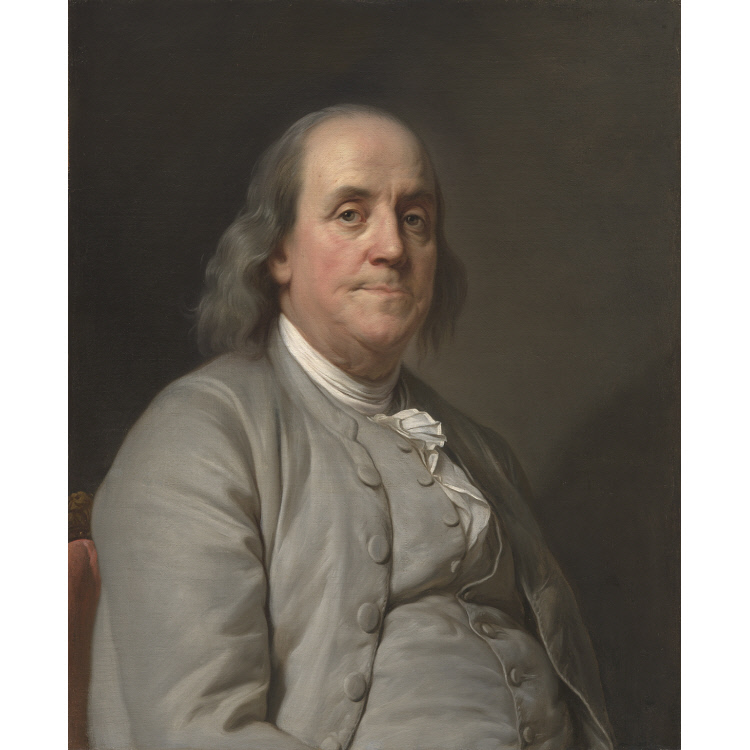 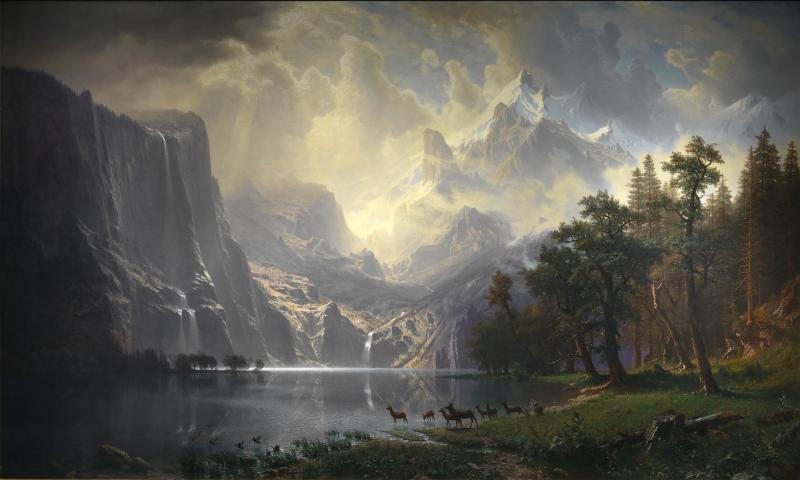 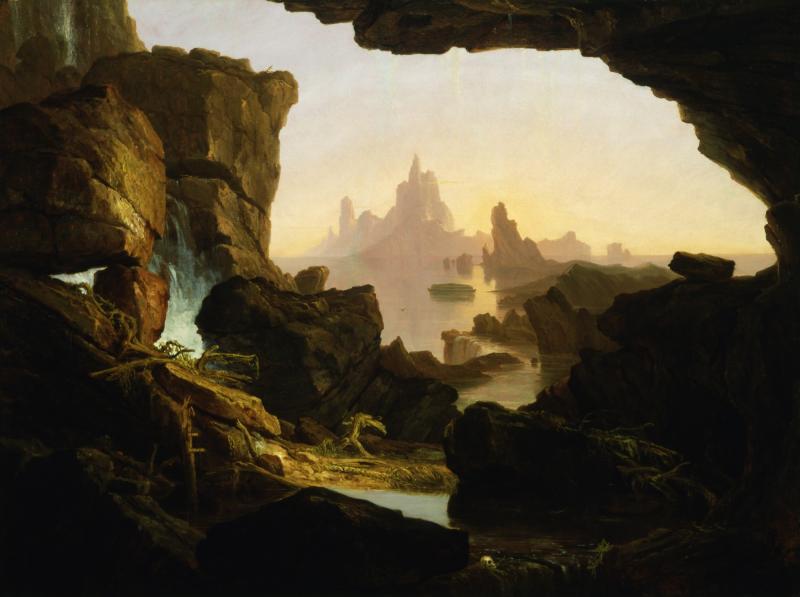 While searching for the Cole (the museum had the temerity to move things around since Google came through) I told the story of how the painting was cut from its frame with a pocketknife borrowed from a fireman as the lightning-stricken house it was in burned down. We were unable to detect any crease where the painting was folded in half and rushed out into the rainstorm.

Trevor Paglen: Sites Unseen was the special exhibition, and turned out better than expected.

We patronized the Art-o-mat, a repurposed cigarette vending machine which dispensed mediocre, but non-toxic, bits of art. We walked through the Conservation Center but omitted looking for “Female Angler Fish with Parasitic Male” as no meetup participants were especially interested in anglerfish. I did learn that anglerfish are bizarre.

We then retired to NoPa, where am_Unition’s intimate knowledge of hockey enabled us to score a window table after a brief wait. Findings:

• am_Unition believes re-election is unlikely, and we shook on a $20 wager.

• am_Unition expects a serious cyber attack will lead to loss of life before long. Nothing wagered, as he is probably right.

• I asked how high you could stack 1-meter cubic blocks of concrete before the ones at the bottom were smashed. am_Unition guessed two kilometers. I wasn’t prepared for such a high guess, and hesitated before guessing 2001 meters. This one will probably depend on how good the grade of concrete. Initial research suggests that a cone shape can be even higher. Nothing wagered.

• We pledged to publish our draft responses in the gouging conversation.

SHIT sorry I missed this :(

s'all good. I'll be back in a few years, if not sooner.

Sorry I am just seeing this. I would have warned you about wasoxygen. Hopefully you weren’t wearing any loose valuables.

My wallet chain kept things safely tucked into the back pocket of my JNCOs.

actually been looking all over for that first one. couldn't remember where i saw it

Awwww I missed it

Shoulda given you more warning, but yeah I’m like a solid C- at planning.