"It’s a colossal pump-and-dump scheme, the likes of which the world has never seen."

This is a contributed post by Bill Harris, former CEO of Intuit and founding CEO of PayPal and Personal Capital.

In a pump-and-dump game, promoters “pump” up the price of a security creating a speculative frenzy, then “dump” some of their holdings at artificially high prices...The losers are ill-informed buyers caught up in the spiral of greed. The result is a massive transfer of wealth from ordinary families to internet promoters.

"William H. Harris Jr. is the founder of Personal Capital Corporation, a digital wealth management firm that provides personal financial software and investment services, where he currently sits on the board of directors. Harris has founded several companies...he also served as CEO of PayPal Inc." (From 1999-2000, 1yr.)

"Bill Harris is founder of Personal Capital and former CEO of Intuit and PayPal. With 25 years developing financial technology, he is busy dragging the financial industry into the 21st century. The nation’s first digital wealth management firm, Personal Capital gives people control over their financial lives."

First of all...Amazon Mechanical Turk workers who find it difficult to transfer value out of the system often turn to bitcoin by way of Purse.io.

Harris also discussed the efficiency issues...this sort of misses the point as the key value proposition here is censorship-resistant payments...

but the reality is there is also a fundamental value proposition of Bitcoin, which is as digital gold in an increasing cashless society...There are plenty of scams in the cryptoasset ecosystem...

(Forbes is unconvincing to say the least.)

I personally think bitcoin is a conspiracy to subsidize the creation of massive data centers that will power the future digitized age that global technology and financial firms seem to be accelerating towards.

Weird that Harris mentions ICOs as if they are connected to bitcoin.

Bitcoins are scarce and yet digital. That excites a lot of people. I am less excited by bitcoin than I am about Ethereum. I am excited about Ethereum, because that digital scarcity is leveraged to create a global virtual machine, on top of which people can build decentralized applications, like Golem, which allows you to rent your CPU, or Peepeth, which is a decentralized social network. Most blockchains applications will die off, but not all. I don't own any bitcoin, but I wouldn't bet against it. People buy paper gold.

In what rational universe could someone simply issue electronic scrip — or just announce that they intend to — and create, out of the blue, billions of dollars of value? It makes no sense. 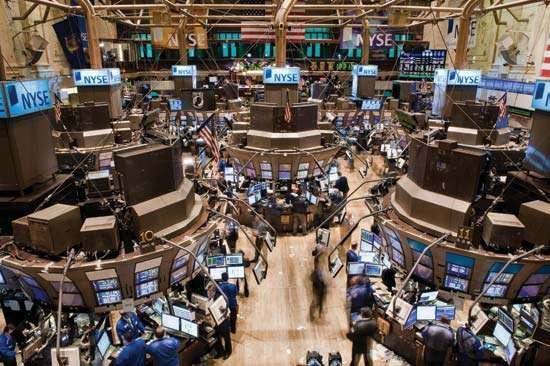 I work for FMZ Quant, a quantitative platform about crypto trading in China, and my colleagues and I all believe in bitcoin. I'd like to make friends here, maybe we can discuss trading strategy if u are interested in quantitative trading. thanks

Okay, so maybe Bitcoin isn't the future, but it provides a valuable "foot in the door" transition into a potentially crypto dominated future. Decentralization, the backbone of crypto, has proven to be so much more secure than Mastercard or any other centralized data center. Of course, anarchy means no authority is there to protect you. I expect a "Carbon coin" or a Metal coin that reimburses people based on how much they recycle to be a thing at some point, especially as 3D printers become more possible and as carbon becomes the main ingredient of everything, from computers to shopping bags. For a lot of people, crypto isn't a silly little game. For them, it means freedom.

Yeah weird how it was so irrisitible to the majority of people back then, but I could just smell the scam.

Got an acquaintance who is trading cryptocurrency and charges people to access his "teachings".

When he first started, he would charge $300 USD (despite being in Australia) and send the applicant a physical USB drive with a powerpoint on it. I figured he was using the USB drive to install mining programmes but thankfully he's since stopped that and hosts webinars instead.

6 months prior? He was in Herbalife.

If it wasn't eating away some of my friends lives I'd say it's been fascinating watching the whole thing unfold.