Here we are, the day after Net Neutrality died, and what every tech journalist on the planet focuses on is the death of choice. Meanwhile, they all link to examples that prove nobody wants choice. 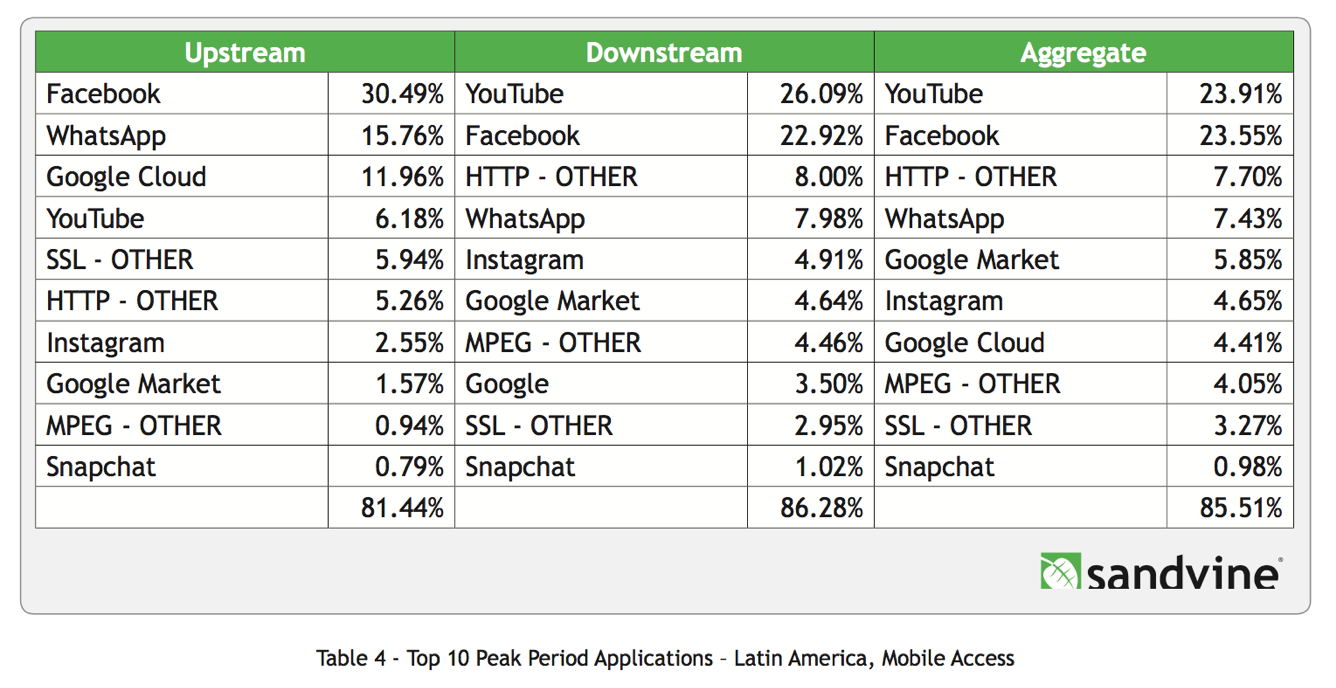 Worthy of note: the highlights of the study posted (which are behind a paywall) are:

Netflix represented 35.2% of traffic on North American fixed networks. While this was a modest decline from the 37.1% of traffic it represented six months ago, this change is likely the result of improvements by Netflix to better compress their video library. Even with these improvements in streaming efficiency, Netflix’s traffic share on fixed networks in Latin America increased from 6.6% to 8.3%.

Amazon Video is now the third ranked downstream application (up from eighth a year ago) in North America, accounting for 4.3% of fixed traffic. Sling TV now appears among the top 20 applications on most US networks, but still accounts for less than 1% of traffic.

Streaming audio and video now accounts for 71% of evening traffic in North American fixed access networks. Sandvine expects this figure will reach 80% by 2020.

Let's assume they're both right. Let's assume, for the sake of cognitive flexibility, that the top consumers of bandwidth are at once both Netflix and Facebook. Let's go ahead and observe that it's all Amazon Video, Facebook, Snapchat, Instagram. After all, these are the same people we bitch about, the Eternal September that destroyed the Internet forever back in '93.

how can you blame them.

It's funny - there's this technoutopic idea that if you put unlimited knowledge in front of unlimited people you won't get Caturday and Chocolate Rain. Two and a half decades of connected social consciousness and the best we've accomplished is KONY2012. A universal communications interface stretching the globe to bring us Comet Ping Pong. But where do the technoutopians always go?

On the Trinet, if you are permanently banned from GOOG or FB, you would have no alternative. You could even be restricted from creating a new account. As private businesses, GOOG, FB, and AMZN don’t need to guarantee you access to their networks. You do not have a legal right to an account in their servers, and as societies we aren’t demanding for these rights as vehemently as we could, to counter the strategies that tech giants are putting forward.

The "trinet" exists to sell your eyes to purveyors of cat videos. Fucking get over yourself.

I believe in net neutrality. I believe in free access to knowledge and information. I'm not happy about what happened yesterday but it's been a fuckin' inevitability since last November. And look:

Comcast hits me for $35 for internet access. Netflix hits me for $9.99 for their (really shitty) content. If Netflix is truly 70% of the pipe, then Netflix should cost $30 a month, not $10... a shakedown they succeeded in a few years back, net neutrality be damned.

We've seen this before. It's what happens when the cable company and some damn channel can't agree on what it should cost for cable customers to be forced to pay for fucking ESPN. 'cuz let's be real: for the soul-crushing, disheartening, eye-gouging majority of consumers, the Internet is just another channel on the television.

But are they gonna shut down your blog?

Fuck you, you alarmist pearl-clutching Soylent-drinking hipster. Netflix needs 3MB/s in order to feed you reruns of Toddlers in Tiaras. That whole article is a meg and a half. It'll probably take you ten minutes to read it. A Netflix experience is 240 times as heavy as that article (and people are actually paying for Toddlers in Tiaras). Know why Time Warner Cable never serves DMCA notices? their records aren't granular enough to know who to serve them to.

So we can all agree that live would likely be better if internet access were served up like a utility. But somehow the next point we're all supposed to agree on is that the internet is gonna die, as if your cousin Cletus would start reading Kant if only he could download it in HD or some shit.

Don't even get me started on Google's AI ventures. My car is currently speaking Australian and the only way I can interact with my phone when I'm driving is by talking to this fucker.

Remember when internet plans first came out and you're were alloted so many base hours a month, like old cell phone plans? I wonder if either of those will come back.

I remember everyone with any sense didn't go for those plans in a major way, and all the providers that didn't budget that way ate their lunch. This is something people forget: Comcast, Verizon and Charter don't give a fuck about sqeezing you they want to squeeze Netflix, Amazon, Google and Spotify.

I'm honestly eager to see that. I would love for Google to have a financial incentive to roll Google Fiber out nationwide because they're not interested in Charter making margins. I would love for Amazon to have to raise prices in order to compete on a level playing field.

I wanna see the FAANG stocks having to pay their cash reserves in order to make their customers happy.