A few weeks ago, flagamuffin posted this article. His post made me super nostalgic for one of my favorite places on earth:

Standing inside the front door, you can see the western wear store across the street. 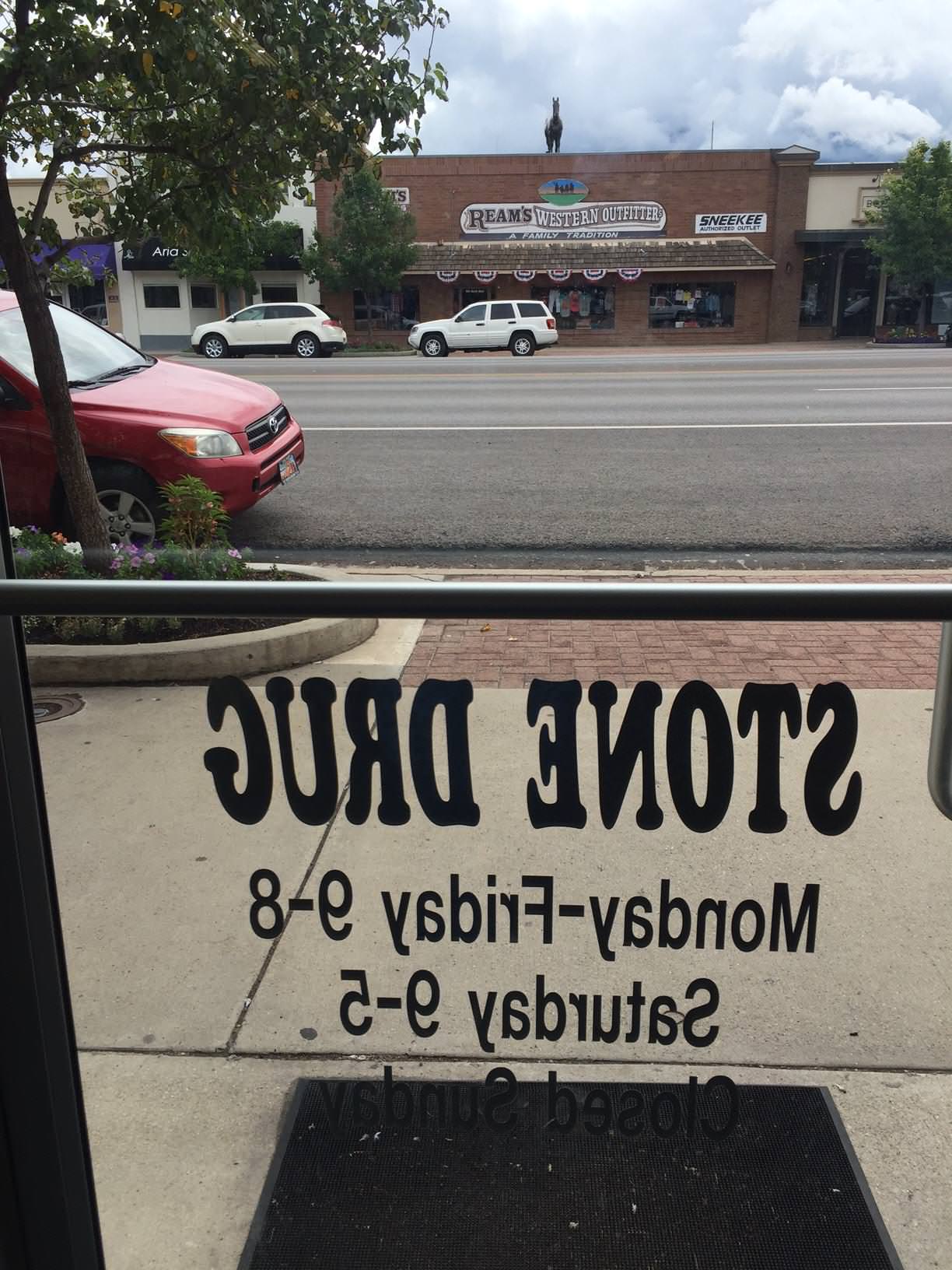 Stone Drug is the kind of place where they remember your name. You can get your prescriptions, buy some candy, or a greeting card... or a flashlight, a John Deere baseball cap, a tin rooster to decorate your kitchen, a hammer, diabetic compression socks, a book, knick-knacks, shampoo, a pocket knife, acne cream, or a stuffed animal (my daughters' new obsession). 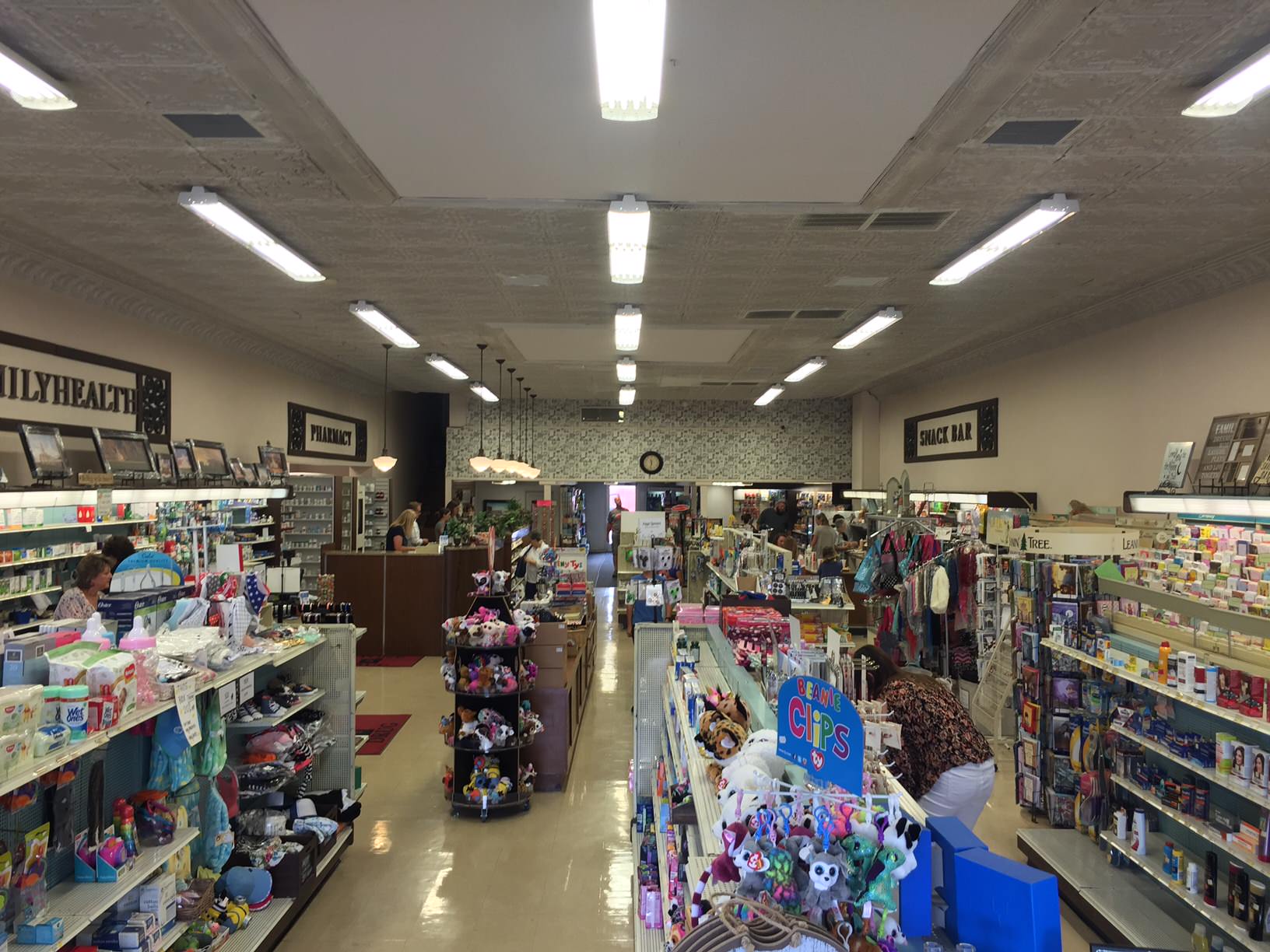 Mike Stone, the owner/pharmacist, wasn't in that day, but I was delighted to see both his son and his daughter behind the counter. Mike is the kind of guy who not once, but twice, opened the place in the middle of the night to fill an emergency script for my sister's kid... And even though Mike seems like a standup guy, my favorite part of Stone Drug, is Joyce: 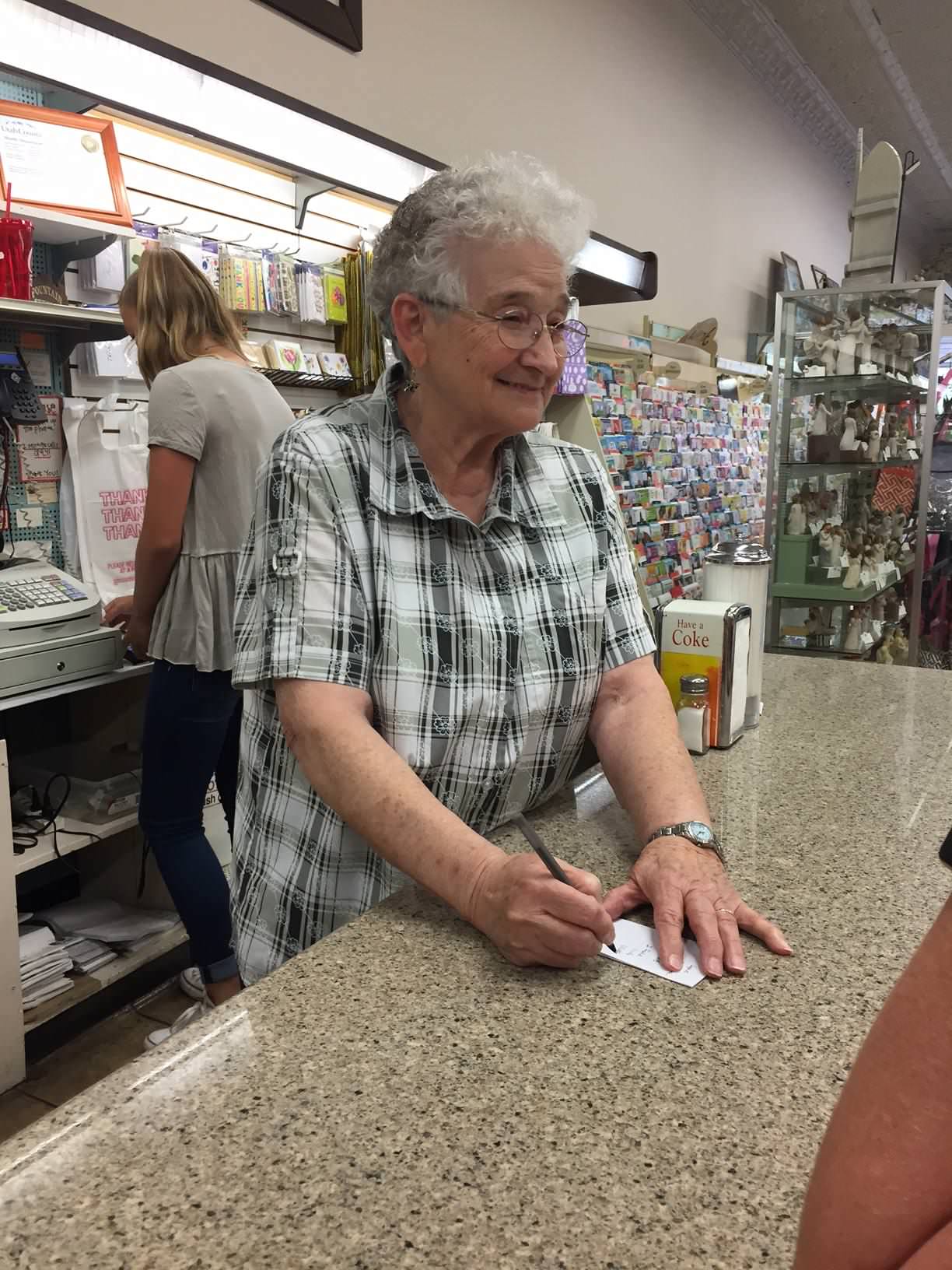 She is salty and mean. She has worked the lunch counter for 35 years. I've been buying her "lunch special" since it was $3.95 (it's now $7.24). Almost every time I go in, she is talking about quitting, because Mike is "such and ass" (she always whispers the curse word). When I lived near here over a decade ago, I used to eat lunch at Stone Drug 2-3 times a week. 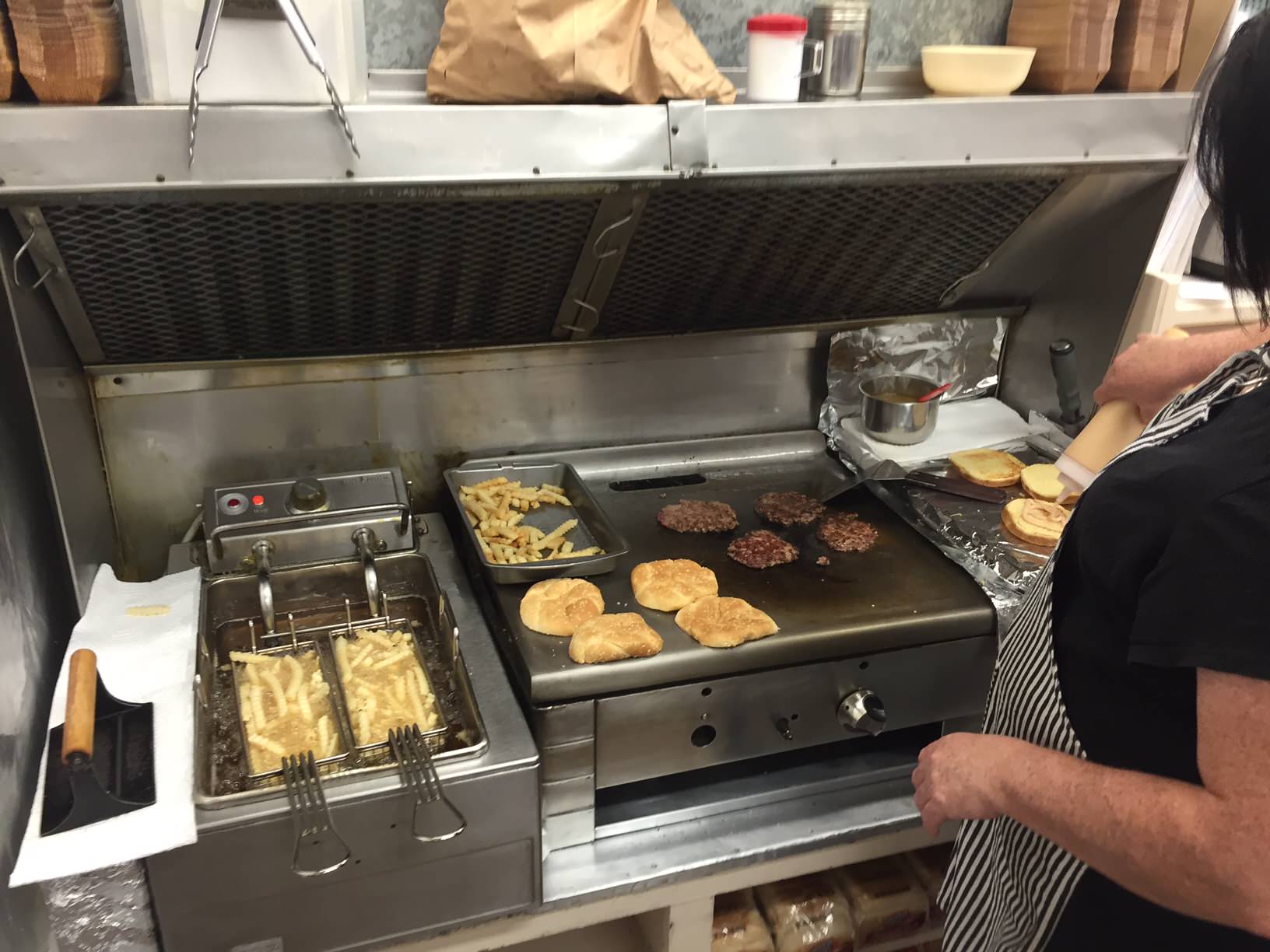 After a few months, when I thought of myself as a regular, I asked her if I could open a tab. "Hell No!" came the response. When pushed for why, she said "cuz I don't trust you". I even offered to put $100 in the drawer, pre-paying my tab. "I don't want to have to keep track of that!". When I told her I'd keep track of it on a little sheet of paper that would stay in the drawer with her. "But I don't trust you!". It became our little shtick. I'd ask every couple months. The response was always the same. This went on for years, and I still don't have a tab. 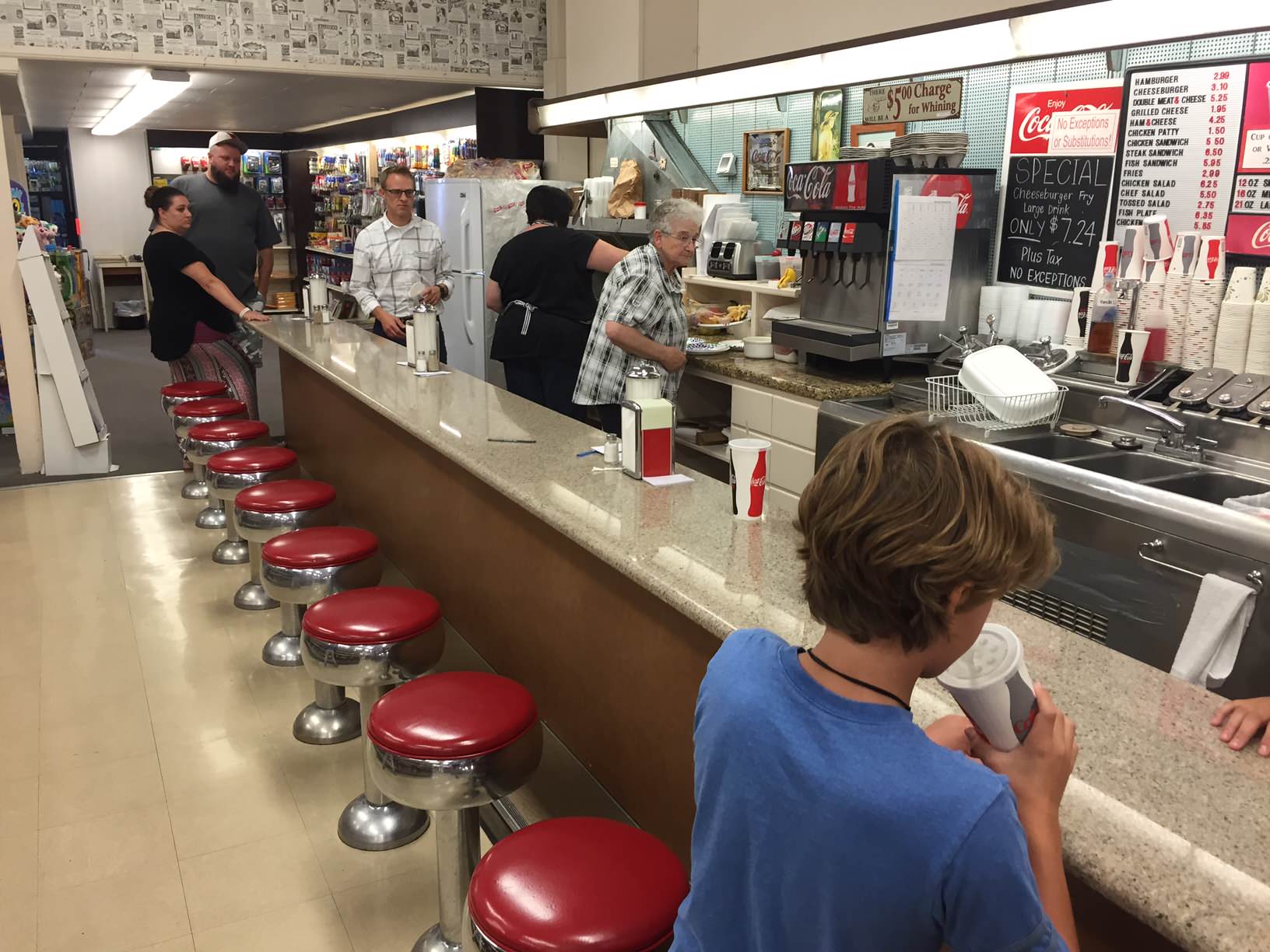 The lunch counter is the kind of place where people come to gossip and laugh and even mourn... Joyce and I often joke about how I know she keeps a fifth of Jack behind the counter for herself and her "favorite" customers (a little extra funny since we're both LDS and don't drink). 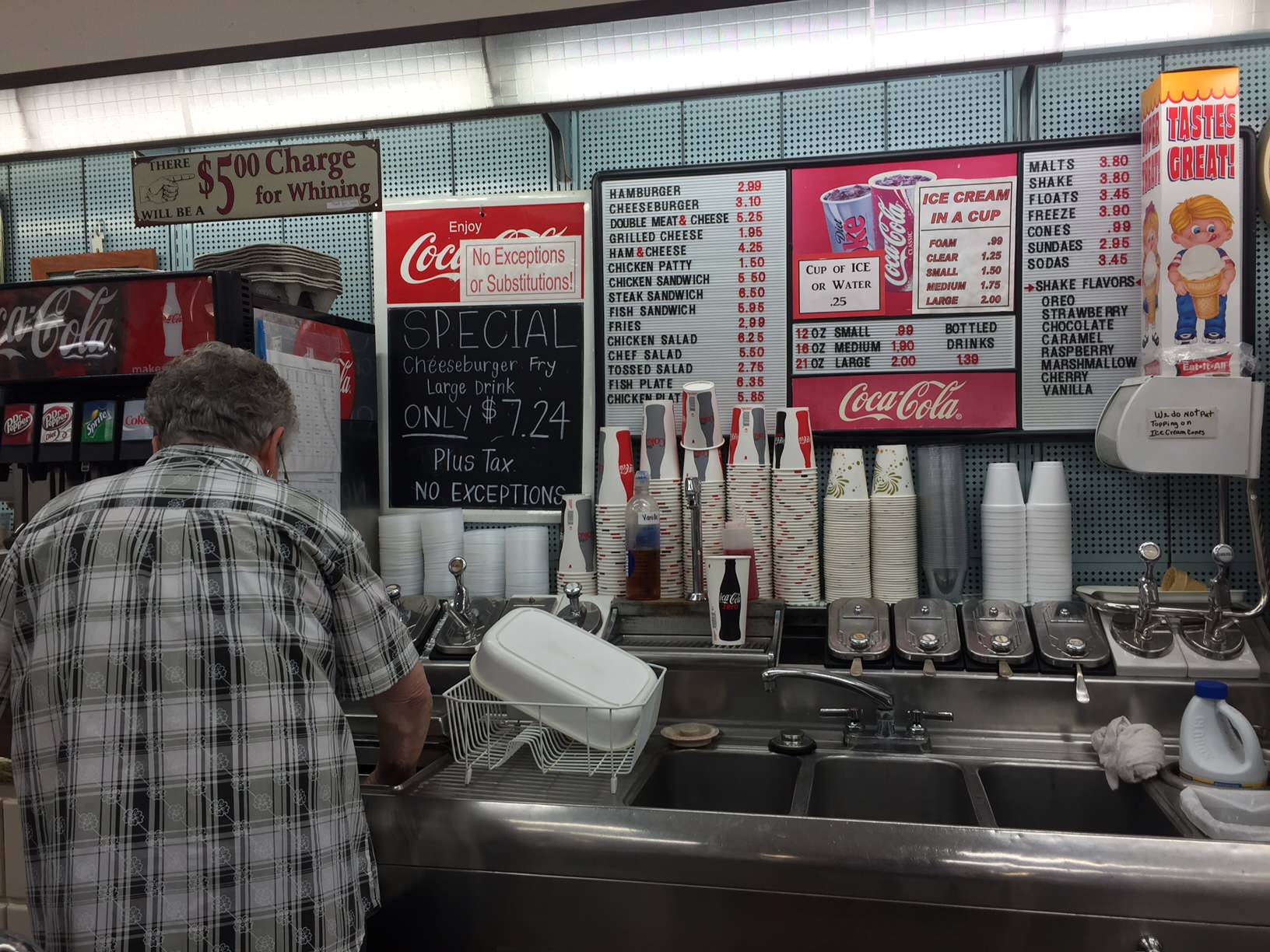 Joyce isn't getting any younger... and neither am I. I'm always a little worried for the day I get the phone call from my sister telling me Joyce has died. Stone Drug is always the first place I go when I come visit my sister. Joyce still won't give me a tab, but now when I go in, Joyce always gives me a few of my favorite candies, leans in and whispers "these are on the house". Joyce is one of my favorite people... and I have a sneaking suspicion that I might be one of hers. 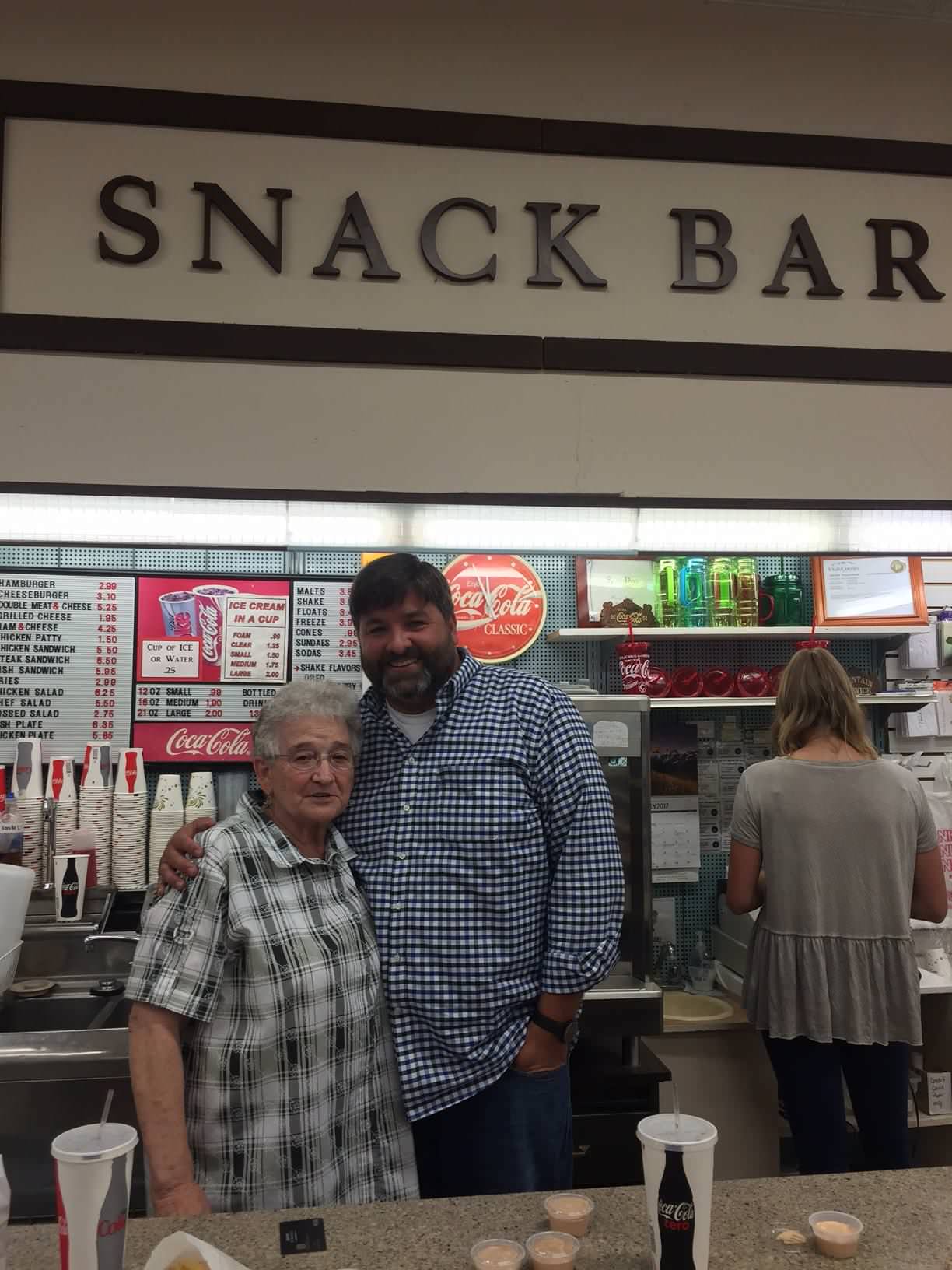 Everything I read from you really makes me think you're the kind of person who makes the world for those around him a little bit brighter of a place. Great read, steve.

I don't trust him.

I'm shifty like that... Joyce could see my shady-ass from a mile away.

You're far too kind.

Thank you for sharing - I enjoy being reminded there is more to life than what's new... Sometimes, what's been around for awhile is what's good.

Very well written. Almost made me want to go there and eat or something, or get a prescription or something.

Where is this place at? I want to visit.

So Stone Drug means more than just a Store for many people.....!

it certainly means more to me... and I think it does to many others as well.

Where is this? Somewhere in Utah?

Yep. a little town only rodeo people have heard of: Spanish Fork.