A very old friend with a very long backstory is adopting a baby kitten. He asked me for advice. I suspect mainly because he knew asking me for cat advice would garner an impassioned and prompt response.

I had fun writing the two-page guide and think that maybe it's even also fun to read. I thought I might as well share my amusement, and advice, with hubski. The language might be colorful...but I promise, the tips? Salient.

Good to be back witchya. Maybe opening up my Etsy shop sometime soon, who knows. Catch up in the next pubski I hope. In the meanwhile, all the best -

Look contrary to popular opinion cats like people and hanging out. they get lonely. so hang out with ya boy Earl

YES. I own a couch, but I sit on the floor in front of it with my computer on my lap. I think this helped me bond with my cats. They can just walk up to me. My cats LOVE hanging out with me. Max will sit on the couch behind me, and every morning he sits by the door to get scratchies before I leave for work. Tess sleeps next to my pillow every night, and in the evenings she's always within reach, often on my lap. They are very social with me.

One thing you didn't mention: watch your cords. Max is a good boy, but Tess will chew cords. Especially the white Apple ones, but anything is fair game.

Yeah, my two cats try not to be obvious about it but both follow me around the house. Like, it's not just magic making them appear in whatever room I'm in after 5-10 minutes elapsed.

Zeke comes running to the door when I come home :) He sleeps next to me, sometimes on top of me, all that good stuff. Ruth is a little more reserved but not too much. She gets very friendly in the morning. I am convincing her that she likes laps too.

earl is a very good name.

would disagree re: dry food bc i think the advice going around right now is wet food is better bc in the wild cats get most of their water from their food and not straight water. if your friend wants to stick with the dry food route, he should separate the water and food dishes because they tend to prefer them separately.

play with him for 30 mins a day until he is panting and physically cannot play any longer. this will keep him from being restless at night.

would disagree re: dry food bc i think the advice going around right now is wet food is better bc in the wild cats get most of their water from their food and not straight water

This is what my vet told me, too. Also, wet or dry, it should be grain free. My vet especially stressed this. When I tell them I give them primarily wet but some dry and always grain free they pull a velvet rope that drops confetti and triggers a round of applause. Not really, but they do seem happy it's grain free.

separate the water and food dishes

Again I agree. The most popular water dish in my home is the one in my bedroom. I have water in the kitchen, too, and it does get used, but the separate one is the key one.

I am a crazy cat mom and I have a running water fountain for them. Zeke loves running water (runs to the bathroom whenever he thinks anyone is going to turn on the shower) and used to even shower with me as a kitten. I've read cats in general prefer running water and because of my experience with Zeke I just knuckled under and went for the fountain. (If I turn off the fountain after a few days Zeke gets really, really aggressive about chasing down running water sources. Also, my parents spoil him (turn on the tap for him in the bathroom) which hasn't improved his insistence.)

I have heard wet is bad for their teeth, potentially?

I had a roommate with a cat who developed hives if she ate non-grain-free food.

I had a cat that would also get in the shower with me every morning! And he really loved ice cubes.

I've also heard dry food is bad for their teeth. There's no winning with their teeth lol. My tortie got very stinky at one point from tooth delay.

Why is grain free so important?

To add to OftenBen and WanderingEng, grains often cause digestive and allergy problems. Our dog, for instance, has real bad skin irritations (she would literally chew herself raw) and grains in her food were part of the cause.

Carbs are bad for cats.

They are predators whose natural diet is almost 100% meat.

Which is why I always laugh at vegans with cats. If you own a cat, you are consistently feeding it dead, ground up animals, or else it will go blind/die young.

Obligate carnivores. You're either feeding it meat or you're starving it. It's the taurine right?

I understand it's much closer to their natural diet. Cats typically eat very little grain, and my vet likened it to humans eating a lot of sugar. It's kind of the cat equivalent of junk food.

My cat doesn't drink enough water, he's young but too little water leads to kidney problems down the line. We feed him a small can of wet in the morning and some dry to snack on during the day. Sometimes I put a few tablespoon of water in the wet to get some liquids in him. He won't drink from a running sink.

A family member fosters cats for the human society. She had a kitten jump in the toilet and drown last year, devastating for a crazy cat lady. Put the toilet seat down especially when they are kittens.

AND BLIND PULLS. secure your dangly things because kittens die all the time by accidentally strangling themselves :( 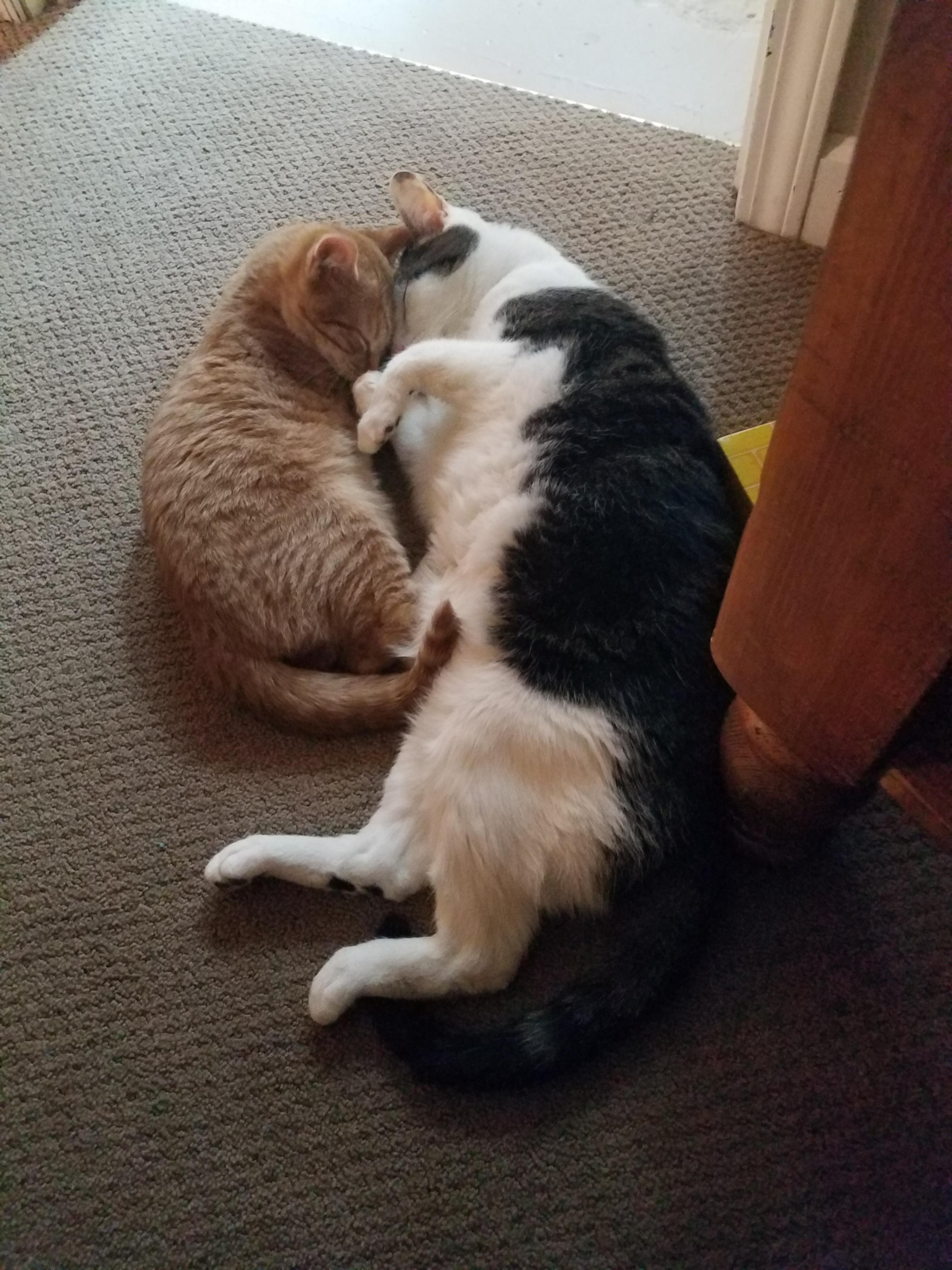 I have four cats, and I've never tought about it indetail. Just give them milk and meet and all you are eating.

One of my cat likes to eat cucumners. When she have on the plate cucumber and meet, at first she is eating cucumber.

my buddies cat liked bananas and other strange foods. He loved popsicles.

Our dog loves bananas. And strawberries.

PS special bonus feature if you got this far, share with us a picture of your cat(s)!

Ask and ye shall receive. 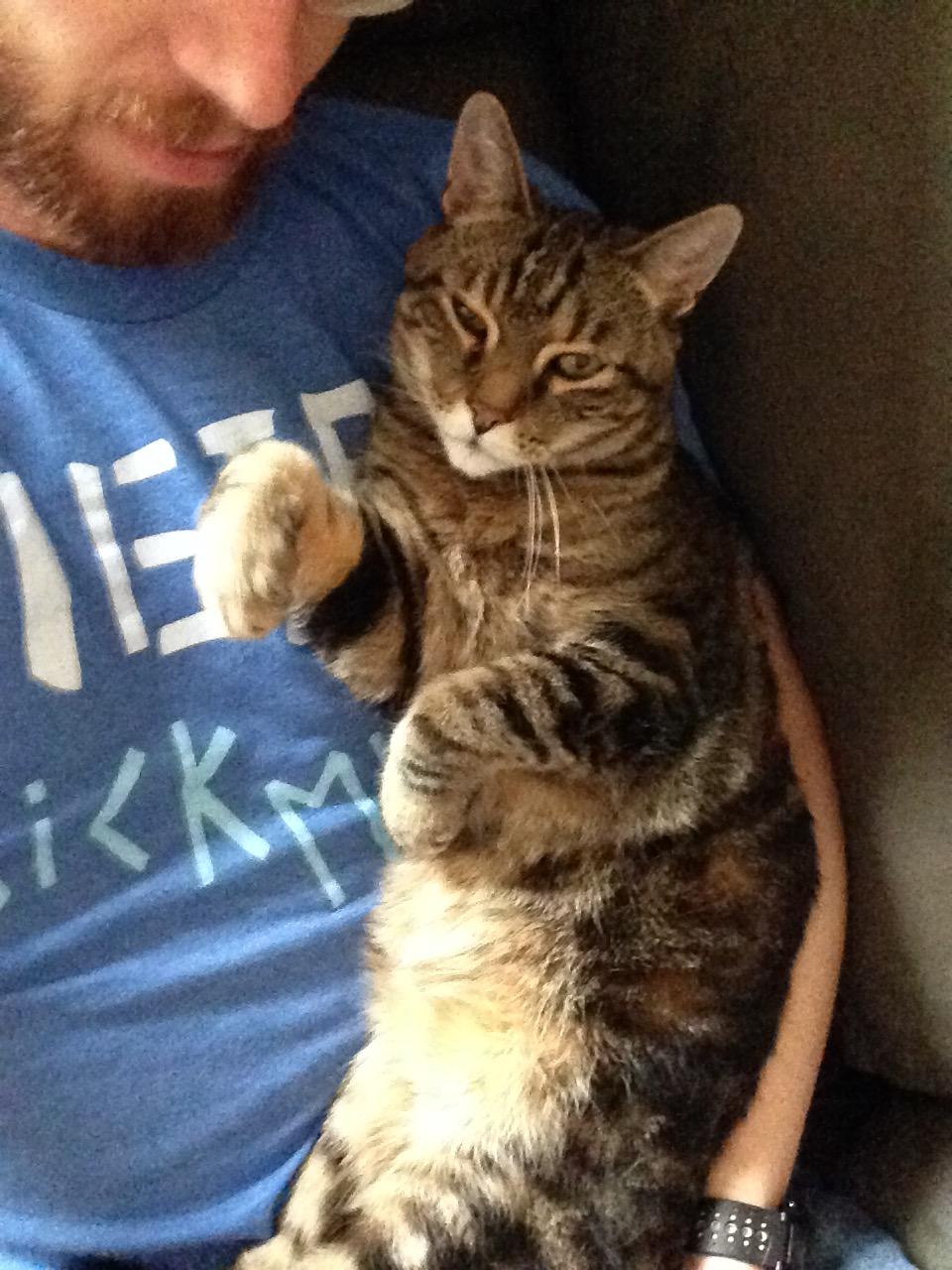 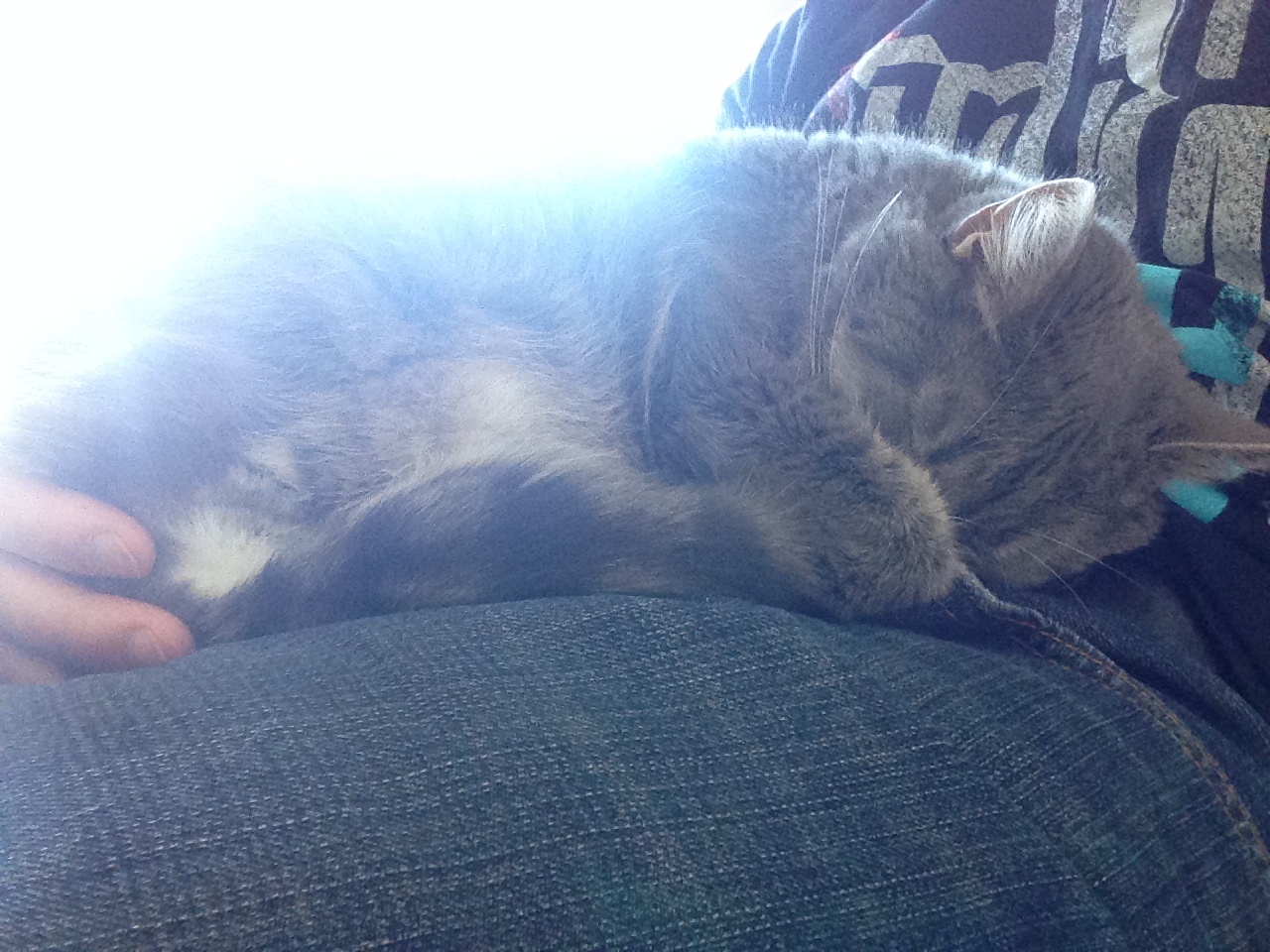 I don't know where my cat is right now, but here's one of a gang of shy kittens that has been hanging around the back garden: 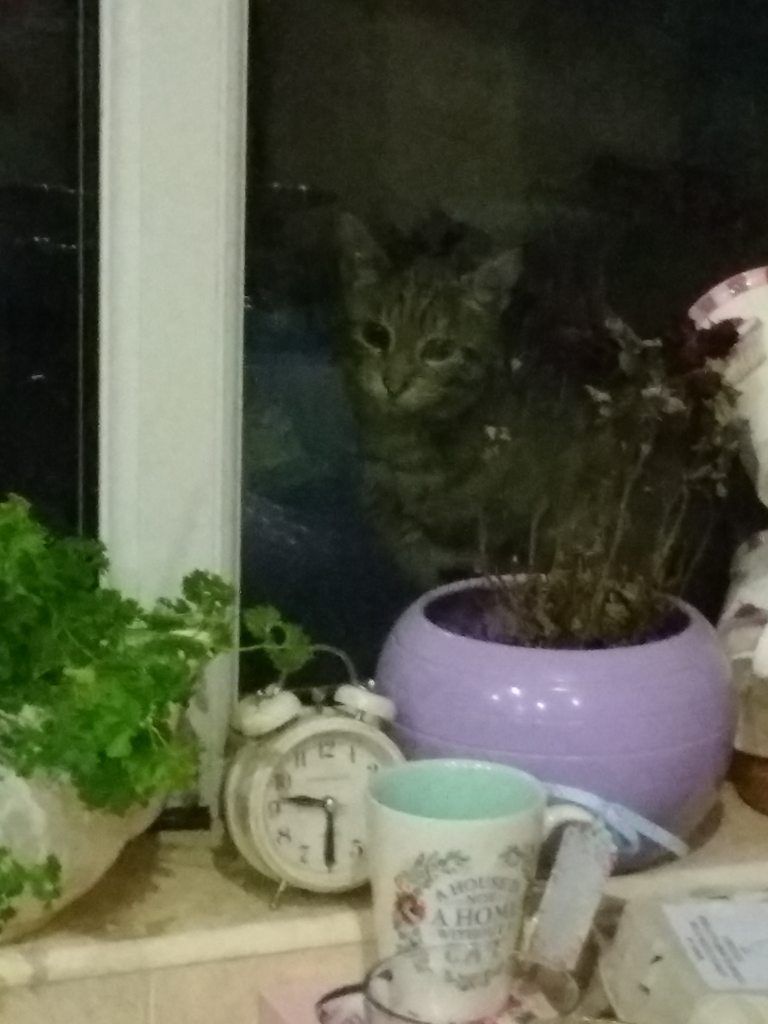 Pro tip: if you only feed them once a day and at night they don't wake you up in the morning. There really is no reason cats need 2 meals a day, the same amount can be fed at night and better for your sanity

Damn, ref, you made me think about getting a car while reading that.

Get a cat instead.

This always happens when I late nite Hubski from my phone.