Look at that video. Now, under settings, slow it down to .25 speed. See that weird shadow across the top of the video at about 2.5 second mark? Yea, that is the INTERNATIONAL SPACE STATION.

Details. ZWO ASI120MC camera, 14" Dobsonian mounted telescope with GOTO and motors, new Laptop, lots of patience and planning. The ISS transited the moon in roughly 15 frames taken at 27FPS. That video is 200 frames of about 10,000 that I got over the course of the night dialing in the gear and making the camera and laptop do what I wanted. For the actual transit, I had to guess where the space station would cross; if i guess wrong I get nothing. As it is, the ISS is barely in the video and there are only two frames that I may be able to play with to get detail and show what the ISS looks like in front of the moon. If I had the moon just a bit to the south of where I ended up I'd have more to play with. This is the first time I have tried this, and BOOM! nailed it.

Events like this are not that rare, and most inhabited spots on earth can expect to see a transit like this once every 6-8 weeks on average. This one went not far from my house, and I grabbed a few other photographers to try to tick this one off the bucket list. 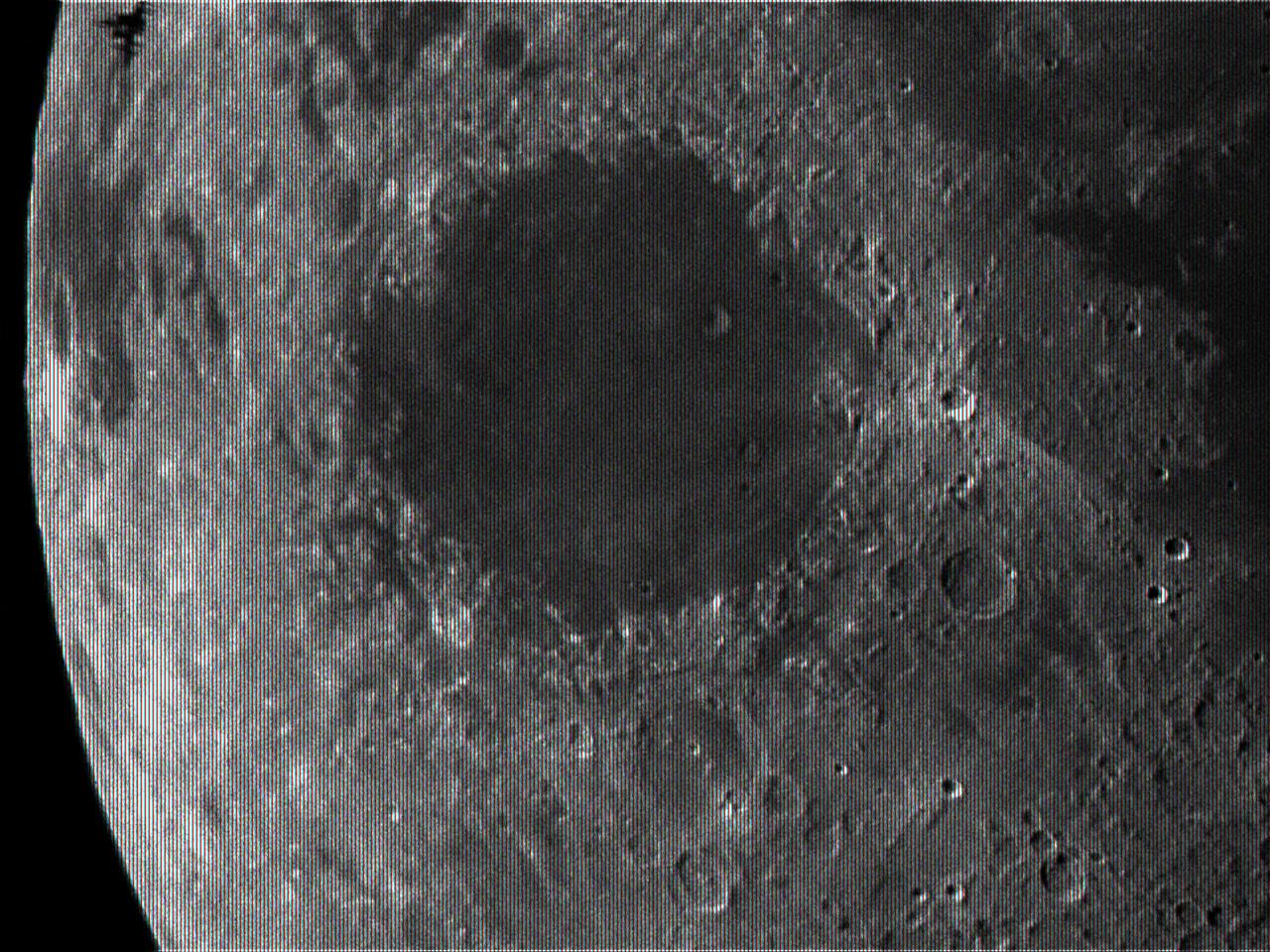 I also got some Jupiter data to play with after we stopped dancing like goobers and had to start packing up. Hopefully I will have some of that to share with the group later this week.

Have a nice day, Hubski, you guys are awesome.

All we need is for lil to write a poem and thenewgreen to sing that poem and @elizabeth to incorporate this into one of her vlogs... and this will become the hubski post to end all hubski posts.

Congrats on this capture. Simply wonderful.

Need to work on processing and clean it up to pull some detail, and Imgur can go fuck a bag of FSCKs for fucking up the interpolation or whatever they did to screw with the image.

Is there a website other than Imgur that you can post your pictures to that won't mess them up?

Yes. Flikr has a raw upload mode, I'm going to have to look into that.

astrobin is the go-to for most of the hard core people. They don't do anything weird to your images and will do a "plate solve" where they point out the bright stars, nebulae etc. Look at this image. Then roll your mouse over it. The annotations are the bright stars and features so you can place it in the night sky.

Of all the things that Google+ gets right, they also have a RAW image mode that the astrophotography people there use with a vengeance.

If I am going to pay for hosting, I need to GITGUD a bit more.

I'm on mobile at the moment, so I can't check out astrobin, but I like the sound of it and am gonna check it out tonight. It's good to know you have alternatives to imgur. Having your pictures ruined by some algorithm or something would be frustrating as heck. I know I use imgur to share what pictures I post on Hubski, but they're nothing special so I don't think anyone would notice a loss in quality.

Imgur does something weird where they try to make every image to conform to the aspect ratio of the standard web interface they use. They also do a JPG conversion that really tanks the quality of Oddly sized images. This image was I think 1355x960?

But yea, I need to get better to justify paying for astrobin.

They also do a JPG conversion that really tanks the quality of Oddly sized images.

It was a PNG that I uploaded. Gonna have to find time to tinker this weekend.

Amazing work dude! Can I borrow your mop to clean up my brain matter?

Your comment brought me here. Thanks! Not sure how I missed this post. francopoli, great work! How did that sleep deprived meeting go? I bet it was well worth it.

How did that sleep deprived meeting go? I bet it was well worth it.

I got a lens that allows me to get more of the moon into the camera and I have a shot next week to get the ISS in front of the moon again. I got a gang together, we got the site and permission to set up, so we will see if I can go 2 for 3. (Missed my second attempt, darn it.)

I want something like this as a poster now. Beautiful shot! Just saw the ISS fly over a few days ago and showed it to my flatmates, they were amazed.

For those who are about on the weekend, it looks like i get a second shot at a better image, this time with the station lit instead of in shadow. Gonna try again Sunday and see if I get more/better detail.

Then I saw that you took the video.

Mind is somewhat blown. It's amazing that it's possible to get a shot like that with consumer stuff.

Less than $3K worth of gear!

I read that and think "hugely expensive". I don't know if you meant to say it is cheap, but I could buy one kick-ass computer or a new car for that sort of cost.

Hobbies have three levels of cost and pricing. There is the beginner crap gear that is cheap, the middle tier that is pricey but affordable and can do everything you want, then the stuff that the rich bastards by to show off. 3K for a telescope is that middle tier, maybe lower end of it. My dream scope that I am saving up for is going to be about 22K with all the bits and such I want.

Think of a motorcycle. You start with a cheap bike to learn how to ride, then go up to a newer bike, but dream of the 100K super bike.

if you want to send me the video file, I can slow it down and send it back. (if you're interested in that)

Its 7GB. I'm going to tinker with it a bit. I may take you up on your offer tho.

what kind of file is it? or is it a series of images? I can help with either if you want. And 7GB? we should be able to google drive that or something.

200 frames of an AVI file. If I stop feeling like shit due to everything green in the dirt trying to kill me I am going to go for this again Sunday evening. I'll touch base with you next week. If nothing else I can grab the 9 frames that have the station, and a few on either side and drop that to about a gig.

Cool. Now set up a VHF receiver and capture some SSTV off of it :)

They exist already and I've seen them in action. Really interesting gear, but IMO not worth it. The camera I want to get is about $600 and I will probably go get it at the end of the year. The camera I want is USB3, does 120 frames per second in 14bit monochrome at 1300x1000 or so and will be able to do deep sky stuff like galaxies.