Does Hubski not ever ban users?

Even better! We let YOU PERSONALLY ban ANYONE YOU WANT.

In the real world, people have to be convicted of heinous crimes to be 'blocked' from society. Imagine if you could mute anyone you don't like, and never hear from them again! On Hubski, you can! With just three simple steps:

2. On the left side of the page, under 'moderation,' click the 'block' checkbox

And voilà! BUT WAIT! THERE'S MORE!

You can also Hush, Filter, and Mute. And for only three easy payments of...

In all seriousness, there are two general governmental approaches to handling undesirables: Nanny State (often employed by Socialism), and Liberalism (Classical, Social; a.k.a. Libertarianism). We take the liberal approach. We don't tell you who you can and can't hear from. We're not your parents. You can block anyone you want.

If someone is generally bad, everyone blocks them, nobody sees them, they eventually get bored, and leave. This generally works. Until someone posts something particularly nutty, and a lot of other people start shouting 'ban the witch slanderer!' and we admins become confused. We're like, 'But, you can block them? Did you know you can block them? The button is right over there. You'll never hear from them again. Do you see the button? It's...it's right there.'

I wrote this last year during the HubskiGate, and never posted it. Figured things have calmed down enough to share.

I coulda sworn you guys made grendl sleep with the fishes. 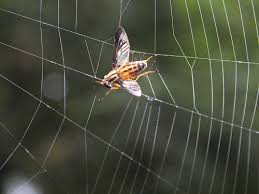 You can't fight a thoughtful web.

Nice one, thanks. Possible sticker?

You can't fight a thoughtful web.

Nah bro. He made two more alt accounts after too many people blocked his main one. Shit was weird.

Well, obviously I can't say for sure, but I am more than 90% that it was him. Neither of the two alt accounts made comments, but they all posted to the same type of stuff he posted, using the same keywords, and even repeating tags that he used routinely. Like I said, shit was weird.

I think he was just trying to get around the global filter.

Was that person an user? What happened? I'm interested in knowing more about hubski's history.

I forgot about that guy. His run was a brief ink spill that was quickly cleaned up.

The only people I mute are those I think are looking to start a fight and/or use Hubski as a shitposting platform. I block spammers. Other than that? I like the system so far.

Enlighten me, I wasn't here when the HubskiGate happened, what is it?

TLDR Someone posted something particularly nutty, and a lot of other people started shouting 'ban the witch slanderer!'

I don't remember the exact issue. I think it was someone who got pissed off at losing an argument, and made a post saying "UserX is a pedophile." And a bunch of people were like "Libel! Ban him!" Ironically, the targetted user was very mature about it, and didn't actually care.

Just saying, if somebody called me a pedophile after losing an argument I would feel pretty damn smug. Like you know how much you got under that person's skin and no matter how indifferent you are you can't hide the smug grin. Kudos to that person.

I had a feeling it was you in this argument. I honestly think most people don't go into things trying to troll, they just adopt that role when they realize there is no other way out except admitting they were wrong. It's essentially the slightly more grown up version of " ya... well you smell !" Granted I didn't see the fisticuffs in this particular argument but I feel like there will always generally be a little once the troll snaps since it's already part way into an argument. So I don't think they had a plan, I think they just got angry and started calling people pedophiles.

I guess I have less faith in a trolls ability to think through their actions.

I had a feeling it was you in this argument.

As it turns out, the enemy of my enemy hates my enemy's guts.

I've never been so happy to be wrong in my life. I mean sure I could have just asked for the main part, but this lead to so much more.

Just wanna let you know that it was a long time ago. Things have changed for me since.

Thank you for your humor. It's needed.

Worth saying. I hope it's not a feature I have to use but I appreciate the thought you guys have put into this.

I love having the choice to use them. As a principle, I don't mute people. I just don't like that style of moderation tool. I hush and filter people like no tomorrow though. I've even filtered people on here I like but whose posts I don't live seeing all the time. I agree with you whole heartedly the the moderation tools are something the Hubski team should get huge props for, among most the other features of this awesome site.