They had moved a half-dozen times before it occurred to her to question the existence of the dark orb that hung in one corner in the half-dozen bedrooms she’d had. She and the orb were the only constant fixtures of her bedrooms, though if she could have chosen, she’d have preferred that the old canopy bed from the third house had been her constant companion. Waking up under the canopy made the day brighter, safer and warm. Instead, she woke to the orb. Not that is scared her: she took comfort from it, especially when waking suddenly from a bad dream, as she often did, she could orient herself by finding its reassuring outline. She couldn't resist. One’s eyes tended to drift to it, as all the light in the room, even the cheery light emitted from her Dumbo nightlight was sucked into it as smoothly as her mother swallowed hot tea.

The orb had always been there: when her first tooth came free, when she first wrote her name, when her mother read her a bedtime story and when she ate chocolate under the covers, the orb was always there. It didn’t even sway when breezes came in from open windows. Its presence was immutable and unchanging: a calm eye in the storm that is a little girl’s room, a calm that would last until the night Tony Movano died.

Everyone said Tony had beautiful hair. And they said it without a jealousy; how could one be jealous of hair like that on a guy like Tony? Together, they were like the snows and Kilimanjaro, the Niagara River and the Niagara Escarpment: Tony and his hair were a natural force to which the town of Blackdom, New Mexico (and its young ladies) graciously and willingly bent. That’s not to say that Tony was a Goody Two-Shoes. It seemed like wherever Tony went, there was trouble and there was fun and since Tony’s brand of trouble had a higher than usual ratio of trouble to fun, well, people let it slide like Tony’s comb through that jet black hair. And whenever there was Trouble, Tony was there too. Usually, he was the one breaking it up and making sure that no one walked away with any wounds more serious than a bruised ego.

The day Tony died had been a happy one. The town of Blackdom was celebrating the anniversary of its resettlement since being abandoned in 1921, due to the severity of the drought that began in 1916. Some of the townspeople said it was a miracle. Some said that the cenotes comprising the Bottomless Lakes had collapsed even further, pumping the old Artesia Aquifer full of life again. Whatever the cause, the change was welcome.

For years, Blackdom had been drier than a three-high stack of white toast, until a family driving to Bottomless Lakes State Park drove through the abandoned town and saw the old crop beds sprouting. That crops were sprouting wasn’t unusual. What was unusual was that there were no farms, no farmers and no people of any other kind as far as they could tell. When they pulled off the highway to fill their tank, the father (now forgotten) asked the men hanging around the cigarette machine about the growth. Soon, word spread. By 1947, Blackdom was thriving in a way that Frank and Ella Boyer, the founders of the town, had only dreamed of.

The celebration was centered around the old Boyer homestead. Though no Boyers lived in the reincarnation of Blackdom, plenty of the original families had moved back. Blackdom was home to all kinds of people: black, white, native, Latino, Asian and whatever else the universe had deemed fit to dump into New Mexico. Food and music filled the town for five whole nights and days. Everything had gone off without a hitch, which is to say, the residents of Blackdom hadn’t found out what the hitch was yet.

The morning that Tony died, Tony and his best girl, Shonda, were out for capital-F Fun. Everyone knows that capital-Fs and fun go together about as well as cigarettes and dynamite, or bobbing-apples and the Pacific ocean, but when Shonda climbed on the back of Tony’s motorcycle and put her cool arms around his waist, that was that.

Uh, am I supposed to choose who goes next, or am I asking for volunteers?

Edit: is it cheesy (cheesier) to want to call Tony's motorcycle "The Movano Machine"?

Anyone feel up to writing the next part?

You severely edited my version. Thank you :) I really enjoy my portion a lot more now. The only part I'm not terribly keen on is the Dumbo nightlight. Not sure whey it needs to exist, seems superfluous.

I like the Tony Movano you've created and I like the scene of the resurrected town of Blackdom's celebration. Good stuff!

As for who goes next, volunteers would be fine or you could pick someone. We are under no rush, as I mentioned we can wait until after this weekend for part 3. 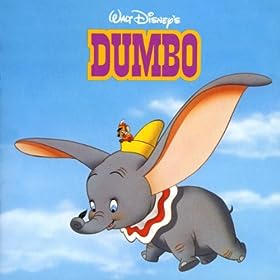 You severely edited my version. Thank you :) I really enjoy my portion a lot more now. The only part I'm not terribly keen on is the Dumbo nightlight. Not sure whey it needs to exist, seems superfluous.

Opportunity man, opportunity! Ok, if no one volunteers . . . they will be volunteered.

Edit: thenewgreen, did you take "Movano" from the car? Also, glad you like that Tony.