print
Why I own a CryptoPunk 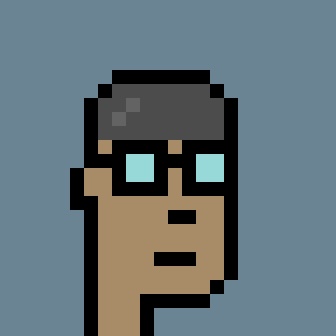 Blockchain brought scarcity to the internet. Once I internalized that novelty, I realized that a financial revolution was underway. In time, middlemen and clearinghouses would be rendered obsolete. Eventually, shares will not need a stock exchange, and at some time after that, currency will not need a government. Not only are these old financial organizations dying, but new financial organizations are arising. DAOs and anonymous community fundraising are two early examples.

We don’t work to make money as an end, but as a means to get what we spend money upon. After the essentials, we mostly spend our money upon the creativity of others. Our economy harnesses the energy of our organization and our greed. However, organization and greed do not distinguish us from the rest of the animal kingdom. We are human because we create. In Dead Poet’s Society, Robin William’s character John Keating tells his students, “We don’t read and write poetry because it’s cute. We read and write poetry because we are members of the human race. And the human race is filled with passion. And medicine, law, business, engineering, these are noble pursuits and necessary to sustain life. But poetry, beauty, romance, love, these are what we stay alive for.”

As the structure of the economy has evolved since the industrial revolution, value was first most easily extracted from production, and then from services. In time, I expect that NFTs will enable value to be most easily extracted from creativity. As much as finance requires scarcity, creativity requires uniqueness. NFTs have unlocked a new door to the creative economy and new possibilities for human culture.

Two months ago, I bought CryptoPunk. This was a privilege afforded to me only because I have been obsessed with the underlying technology since its inception. I am an artist and a technologist. I see CryptoPunks as an important road sign in human history, and a front-row ticket to history to be made. To me, CryptoPunks indicate a point in time when technology unlocked the arts. Eventually, I’ll pass my CryptoPunk on to my daughter or donate it to a museum. Until then, I’ll look at it as something new that signifies a world on its way.