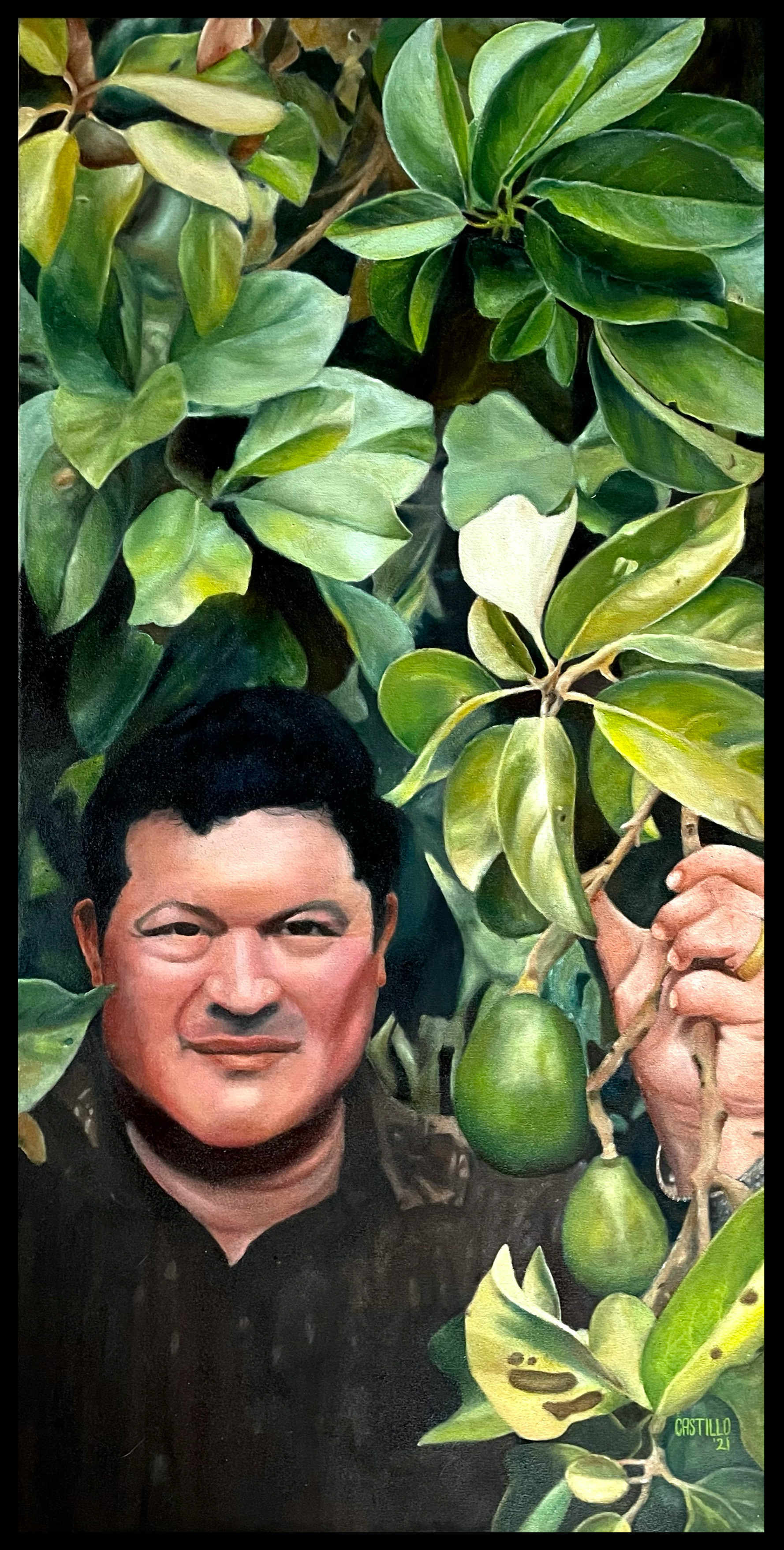 here's a lil of the backstory:

“Portrait of my Father”

This painting has been quite a journey. I began working on this portrait of my father, Roberto Rene Castillo, almost exactly one year ago in March of 2020. After investing about forty hours into this piece, I had to stop. The emotional toll of being this close to him was exhausting and wore on my mental health. This past year I have been learning hard lessons that were long overdue. As I was working on this piece, I kept blaming my father’s lack of instruction during my adolescence as a contributing factor to my flaws. I set this painting aside for nine months and focused on other, less emotional, projects.  In January of this year, I realized my growing process would include mending my relationship with and adjusting my perspective of my father. I invited him over and we talked on the porch in the middle of the night. He told me stories of his youth, including being orphaned in rural Mexico at the age of five, and being punished in Catholic schools for speaking Mayan. I couldn’t help but literally wail with tears and sadness while embracing him. The experiences he’s had are almost unimaginable. I recognize he really did the best he could with the cards he was dealt, which honestly were not good by any stretch of the imagination.  After the conversation, our relationship has significantly improved. I love my father very deeply. We are family and I’ll always care for him.