You people with your kneading and your proofing and your crissy-crossy cut crust. Ain't nobody got time for that! We've got PPE to make out of furnace filters! We've got 7-year-olds who need to learn typing because this is our life now! We've got groceries to buy, fifty people in the store at a time! And we've got a bought-refurbished-on-woot-for-$60 breadmaker. 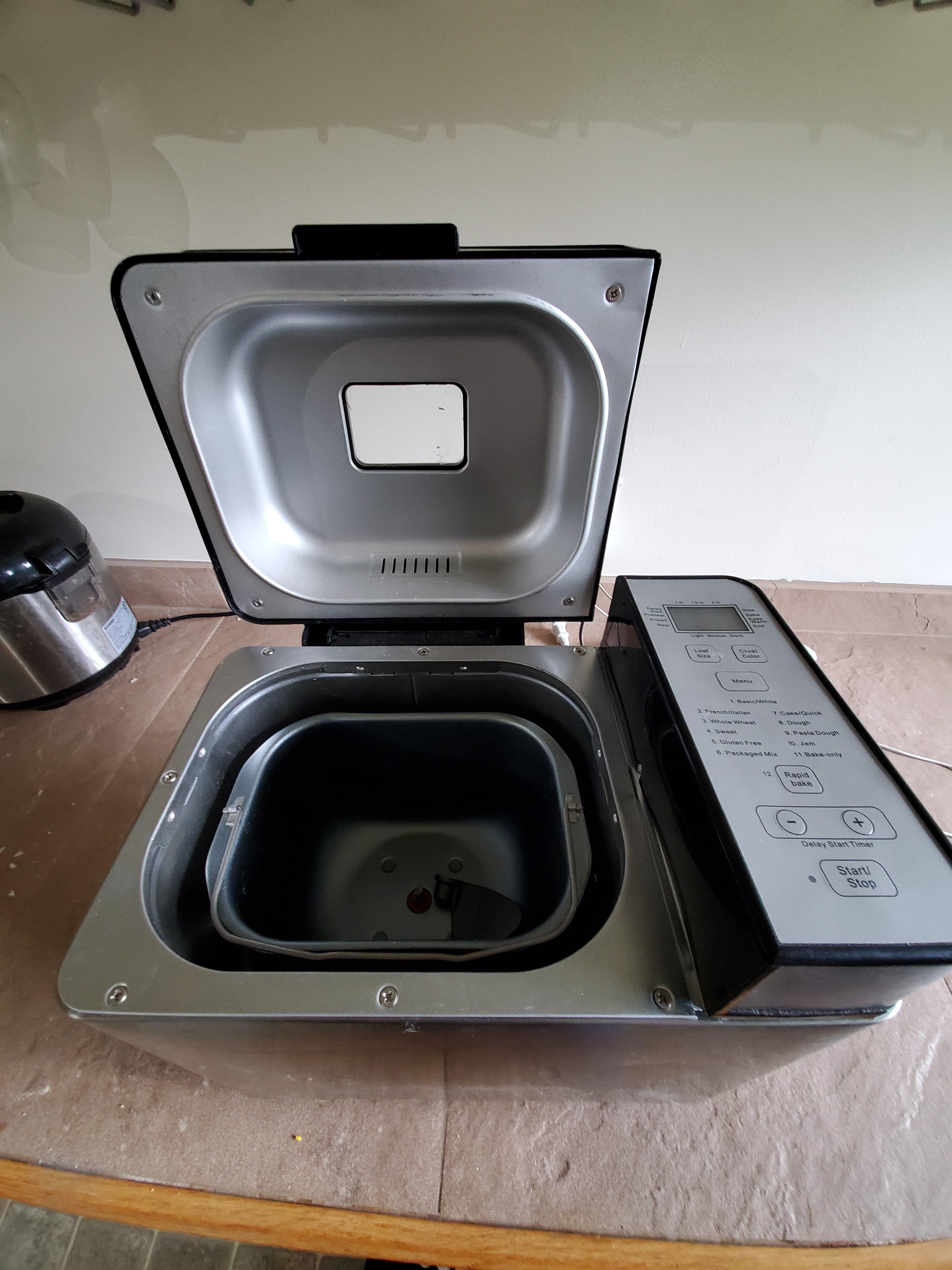 Ahhh, yes, that ultimate '80s wedding gift you never used. The Kuerig of baking. The molten-chocolate-cake-in-a-coffee-cup of carbs. The bread machine, an attempt by the Japanese to do for carbohydrates what they've done for desserts - misinterpret them, technologize them and subject them to mockery.

We bought this because there's a birth center down in LA that bakes a loaf every time there's a woman in labor. Makes the place smell like fresh-baked bread, makes everyone all excited. Know what? Ain't nobody got time for that either. But hey since we're all making bread I had the wifey haul it home.

It's worth discussing how utterly bomb-proof bread machine bread is. You literally dump the ingredients in it and hit a button. Or, in this case, all but one of the ingredients. See our yeast expired in 2016. So I added yeast to the grocery list. Apparently we're now keeping yeast next to the chlorox wipes (some place completely outside of the supply chain) because there's none to be had. Likely because the entire world is sitting at home with nothing better to do so they decided to bake bread.

So we proofed our yeast and got it to live so that was sitting on the counter and when my mother in law decided that getting Skype working was entirely too hard (she'd managed to lose her password, and her computer password, and deleted skype, and created a new account) I remoted into her computer. She had also remoted into her computer, thereby creating a video feedback loop and an easy 12 seconds of lag. That took about 45 minutes to resolve which is about when I went out and discovered that I'd managed to omit the water. because proofed yeast is kind of a liquid? 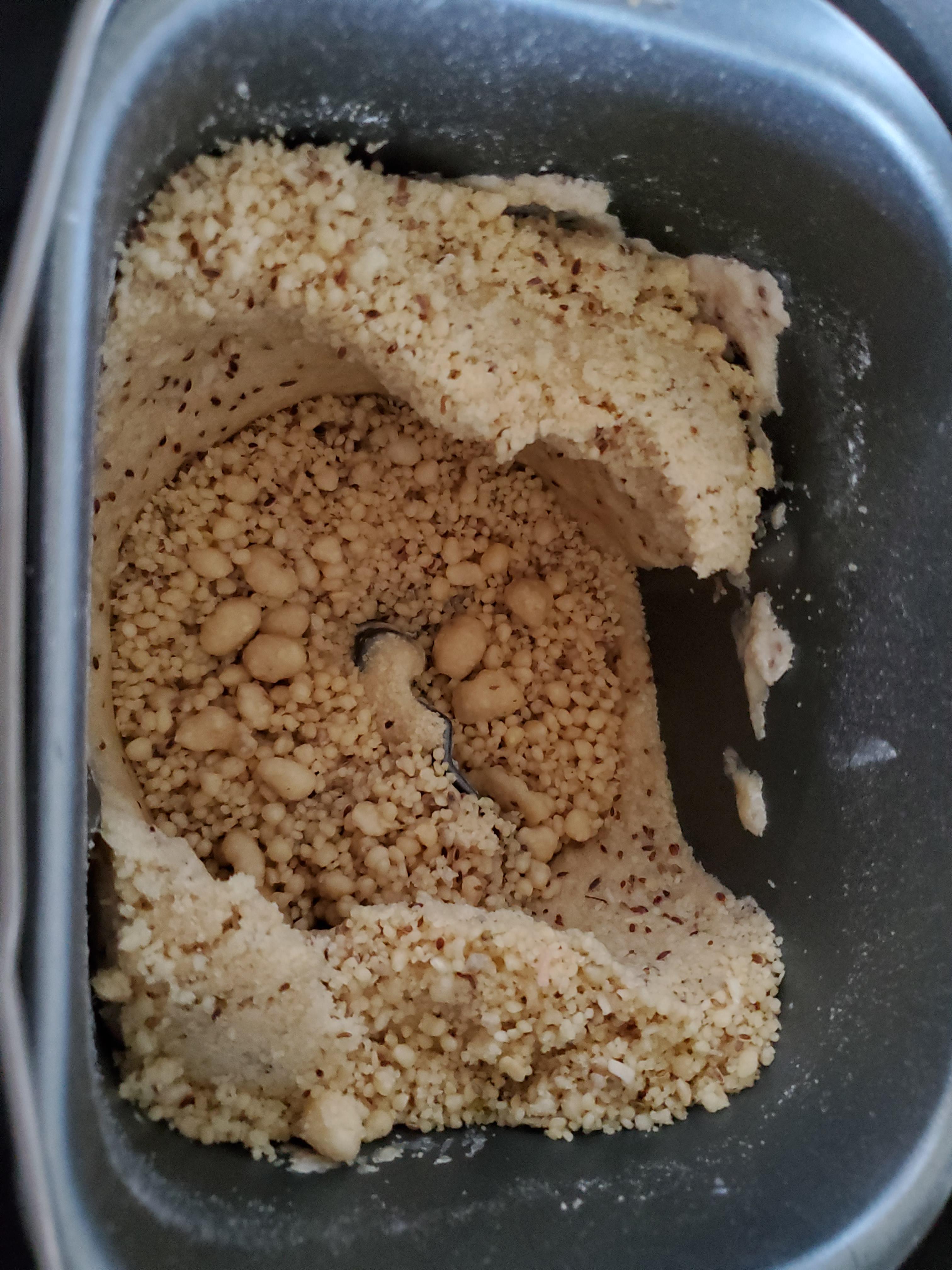 So okay we'll start it again. This is some rando's bread machine dill bread, by the way, with dill seed instead of dill weed, with garlic salt instead of salt, with all purpose flour instead of bread flour, with truly minimal effort expended into getting the measurements right. So. Having sat there rising for 45 minutes with no water, can we start it again? 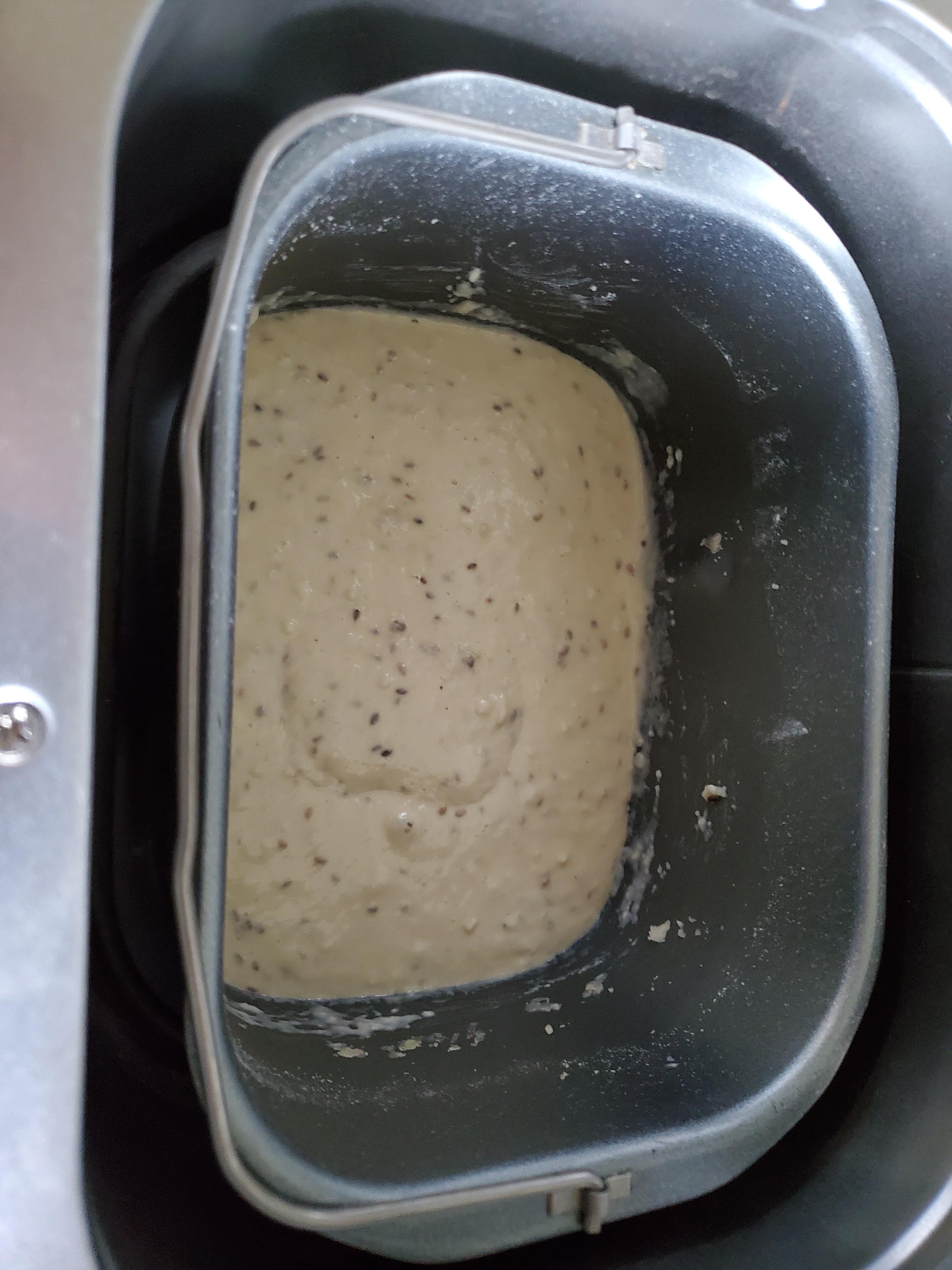 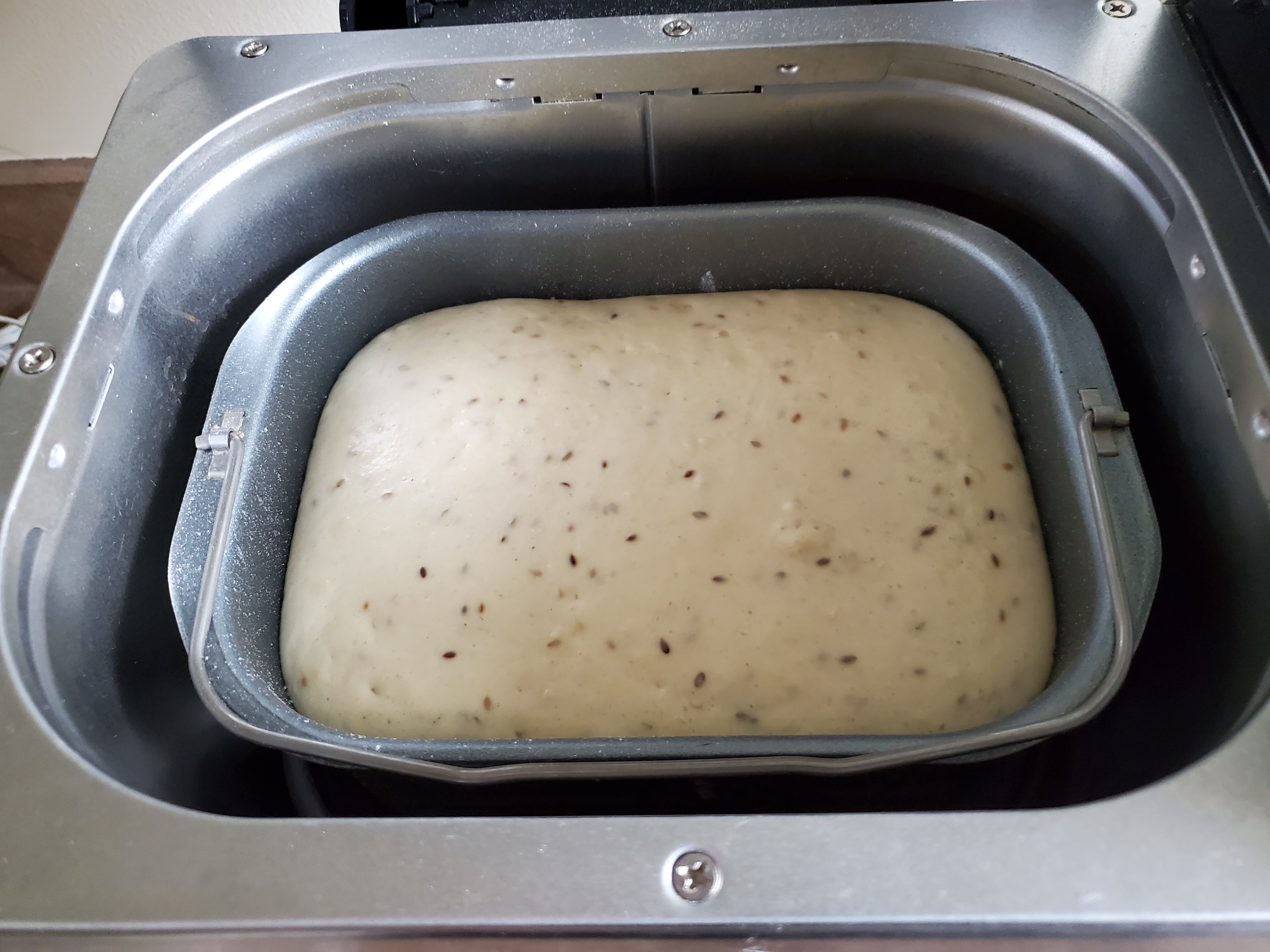 Ooooh - and you wanna talk about a crust to die for... 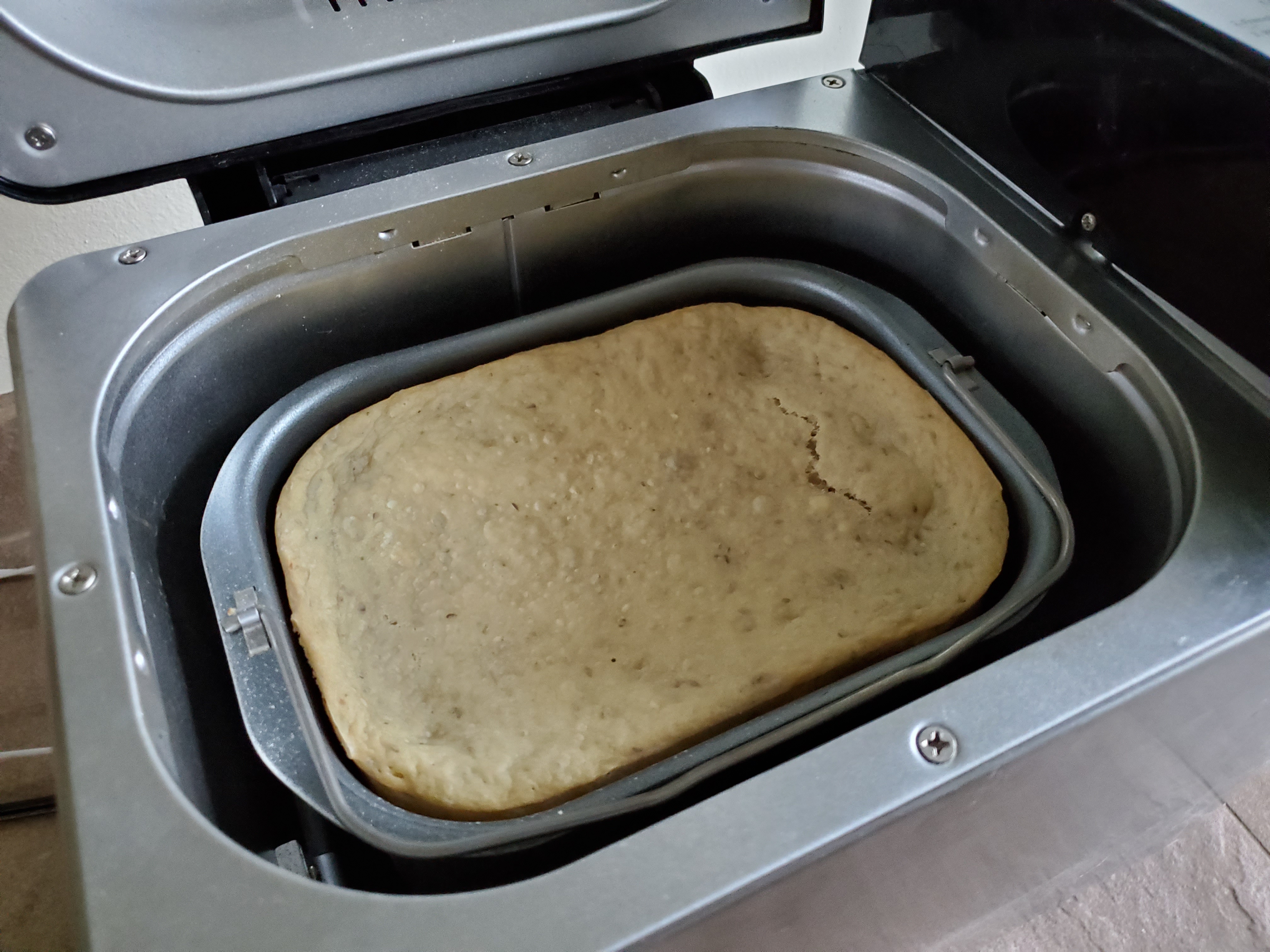 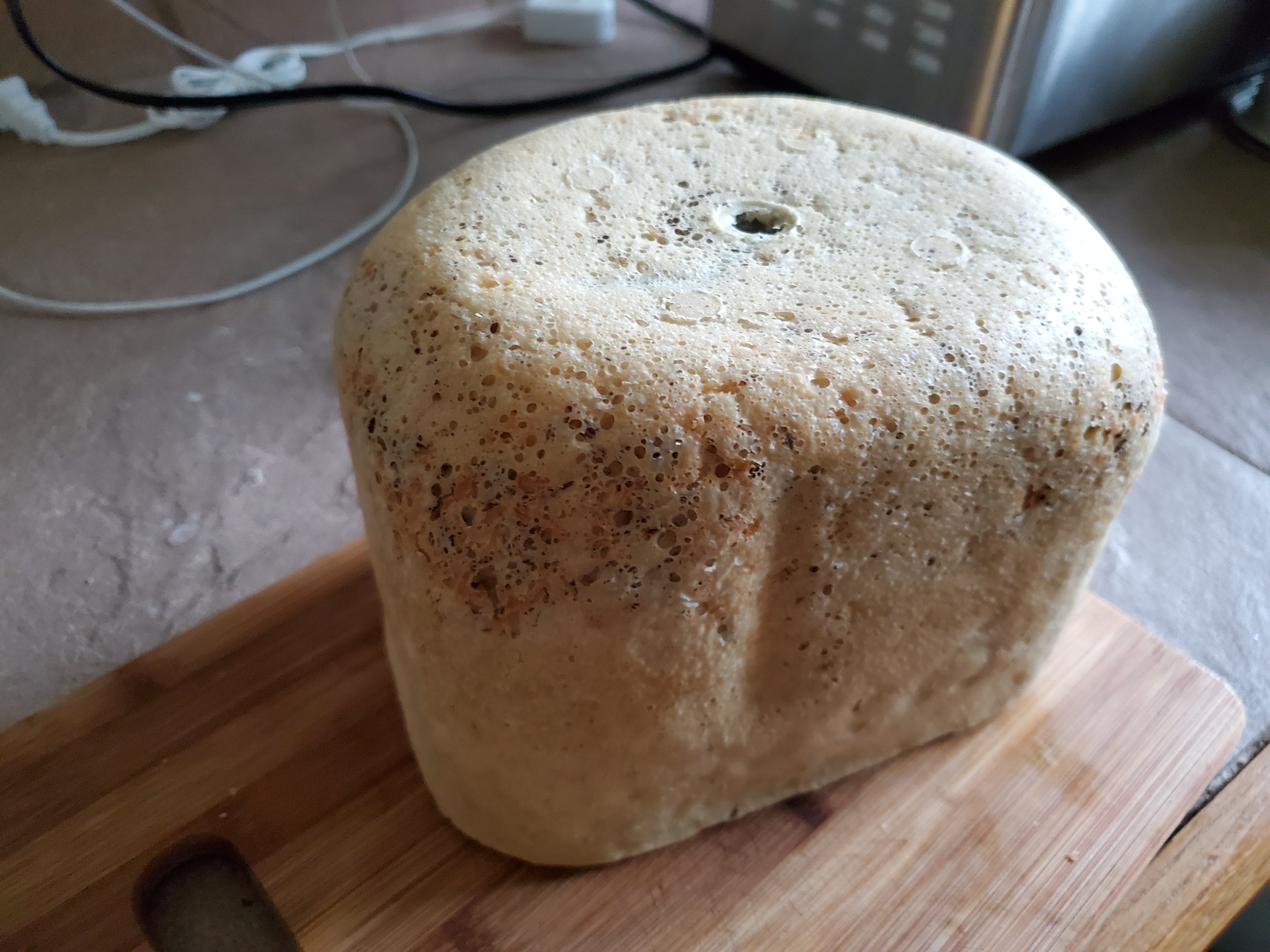 Not pictured: the teflon-coated aluminum stirring wing embedded in the top of the loaf which you'd best remember to remove before you hit it with a wusthof

So how's it look? 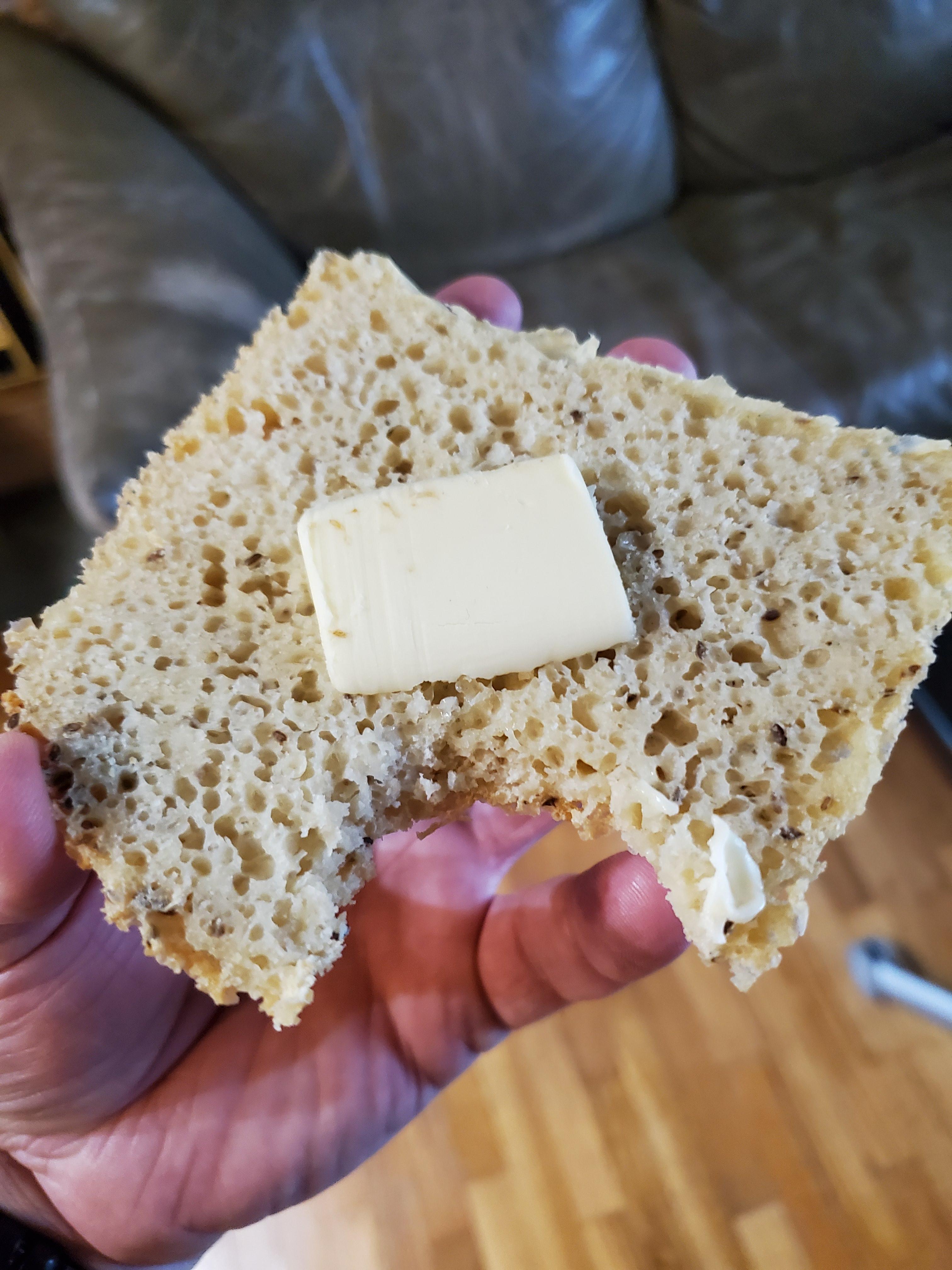 But you know what? Makes a damn fine sammich. Cream cheese, bacon, cucumber and turkey. Because I forgot the tomatoes.