There are issues here not even touched on.

1) Student loan debt is guaranteed. If you have a public loan, and I service it, and you default, the government pays me the value of the loan. Then the government gets to send you to collections. Which means they sell the debt to a private party for ten cents on the dollar so that the private party can hound you forever.

2) Student loan debt is poorly managed. There are three companies that handle federal student loans and they make the mortgage industry ca. Countrywide look like the Gnomes of Zurich. Paperwork is poorly handled. Notices are lost. Continuity is non-existent. The goal is to make students miss payments which pushes back amnesty programs.

3) Amnesty programs are ignored. Essential profession amnesty is supposed to be granted after 120 payments. The first round of students became eligible about 18 months ago. Something like 10,000 should be eligible. Less than 200 have been granted forgiveness.

I mean, yeah. The numbers suck. But if those were mortgages the guys who wrote the mortgages would take a bath, so would their investors, so would their creditors and we go back to zero. They're student loans which means the government has to pay them all AND everybody who can't pay has their financial health ruined for a decade or more. 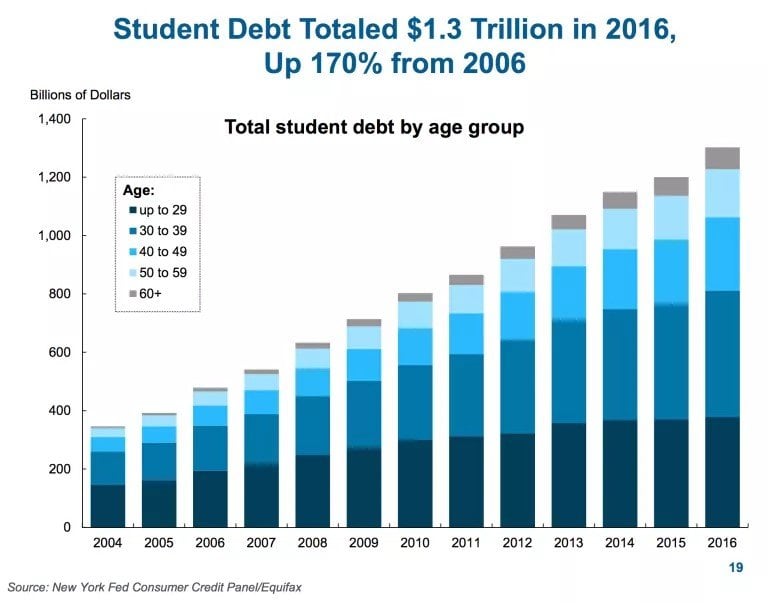 ...ya think that's gonna be a drag on the economy?