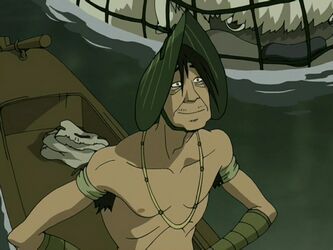 This is not my first account; add 168 days to the 'hubskier for' count.

That comment is what earned me my next badge [to give] after a long time. Guess it all worked out.

Whitmer won big for the same reason DeSantis did in FL, which is that things are good and getting better for almost everyone.

This is a month old statement, but it’s been on my mind enough… I hope you give the following some credence from a FL native who wants to add some color to why DeSantis won. Things are getting better, sure. Though, I’d add that the Dems have not done well to campaign in Florida for a loooong time. Long enough that the time fight back now includes a couple decades-worth of gerrymandering in what is generally more a center-of-right (dare-I-say purple) state than many would like to believe when looking at Presidential/Gubernatorial election maps.

Why do I say this?

1. Val Demings was a Dem running against Marco Rubio this year. Val Demings is a SUPERB candidate that has gotten more grassroots funds to kick off the election campaign that Rubio was sending pleas out for additional donations a couple months before November. The issue was Demings was the only stellar candidate the Dems put up for higher office in Florida. Nikki Fried was the only other Dem with “name recognition” (due to having her name on every gas station pump as head of FL Dept. of Ag.). Nikki? She was running against Charlie Crist (more on them next). If Dems put half the effort and resources as with Warnock, Rubio would have his butt outta Tallahassee, easily.

But, the lack of resources is a symptom of the larger issue. I got 2 texts a day from Republicans, without exaggeration, leading up to the election since September. Democratic campaigns sent me 3… total. Mind you, I have only lived and registered in “blue” counties throughout my times in South, Central, and North Florida. I still get texts from districts I’m not registered in, for Republican campaigns.

2. Now, if we ignore the lack of Democratic presence outside the Gubernatorial race: Nikki Fried was an alright candidate with a horrid campaign management that would lash out at other democratic campaigns during primaries without provoking… and Nikki herself was taking donations from all the wrong PACs (looking at your FP&L). Her messaging was more progressive, but behind the scenes, Charlie Crist had the endorsements from Progressives that Nikki’s didn’t (Planned Parenthood for one).

That being said, Nikki Fried vs Charlie Crist was a tough match up that people hope would prove better for the state. But when it really comes down to it, DeSantis leveraged quarantine to pull a publicity stunt to turn heads in the GOP. Ever since, he’s been acting as though he had a mandate in 2018 (for the record, it wasn’t a mandate). As such, Florida’s gotten redder with over a million people coming to a “Free” state with no income tax and low cost of living. So, the GOP machine has been pivoting to DeSantis from Trump as the 2024 heir apparent as J6 settled.

Now, Crist won the Primary against Fried. Crist has also lost elections as a Republican, Independent, and Democrat - and he’s the best the Dem’s could be bothered to put up against Ron DeFuture?

Hell, pitting Trump against DeSantis would have been an easy slam dunk to discourage MAGA heads from voting for DeSantis and his endorsements.

A month late for quite possibly a throwaway statement, though I didn’t expect to have that tidbit in my brain that long. Hope the nuance answers some questions (or leads you and others to seek out answers) in 2024 when we’re all getting berated by DeSantis’s presidential campaign. ‘Cuz dollars to donuts, this time next year, that ship will have left dock already and all the punditz will keep reminding us how far it’s sailed until November 2024.

TL;DR, there’s a bit more at play internally here in the Sunshine State. A lot of it having to do with a lack of support from the DNC in what has been a salvageable vote until seemingly very recently.

In case this was a great joke I didn’t parse, though: lol.

Forgive any perceived rudeness. I’m proud of what I’m seeing in [the backyard of] my neck of the woods. Doesn’t happen often, so I’m a little defensive of the wins that occur… especially given how Warnock’s election helps the Senate committees (and how Warnock of all the Senators, he didn’t play the roles Sinema or Machin did last session’s disgraceful acts in Congress).

The question was already asked, so I won’t belabor it… but this is also his second term. His voting track record proves he’s a candidate worth having in the Senate from an otherwise historically red state.

Something else to consider… for both first and second term, a non-insignificant amount of people withstood voter suppression tactics to wait in line for hours to vote democratically for said candidate.

It’s ironic the lengths Georgians went to elect someone with such pronounced religious fervor at face value when compared to the similarly fervent religious opposition. Maybe religion wasn’t truly the key issue at stake, but the values Warnock upheld….

Mike, this is incredible. Thank you so much, I’m sending this to my buds.

- Re-did the floors with my S/O's father. Been giving me great practice on my Spanish. Even better, I'm a certified Cuban coffee maker now - certified by a Cuban chef, mind you! Haven't been able to find a half-way decent cafe con leche since leaving Miami (though Orlando does have it's bright spots).

- A soft job offer was rescinded due to me pushing my start date back for my parents anniversary.

- Cumol hmu on discord when you can, buddy.

- Meeting c_hawkthorne again this weekend. Very, very excited and grateful to him. Y'all gotta meet up more. People on here are super neat.

I did have an on-going hubski post in a word doc from about two weeks ago that went through learning I wasn’t going to hear back from the employer I previously traded jobs from, despite emphatic thanks and mentioning a spot if things didn’t work out. There was also developments in there like paying for/going through commercial drone pilot certification (which was one of the false promises from the most recent employers) ‘cuz it’s something I’ve been wanting to learn.

And on top of those, something about being excited to really get my hands dirty through PostgreSQL – finally piecing together a web app from this site to 3D data-enriched, interactive visualization through NASA’s open-source Google Earth Pro for developers. Finally, in the good news department, I’ll be an author on published research as of the end of the year.

Since then, I’ve stalled fairly hard, lost the much longer word document, and having a hard time looking for a job of interest in my area for my current field (hence the drone pilot school).

The S/O and I acknowledged that our town isn’t the best for career development… and its clear she’s fine with that. Me, not so much, but would rather secure a gig in the meantime to replenish savings before re-opening that conversation. For better or worse, there’s a non-negligible amount of items to unpack in said discussion, to top it off.

All-in-all, the September hasn’t been the sweetest of starts.

Great connection, thanks for sharing. Didn’t know of this - and both research articles were published in Nature.

Gave me the same feeling. The first half made me want to go back and read the comics as well. Storylines seem slightly altered towards the end in a way that would lend itself to a second season differing from the comics more.

Ironically, it looks like they'd be picking up second season from a dropped plot point in the comics.

A year ago today I (caught?) began exhibiting symptoms of the 'rona. Assuming it was Delta due to how quick the symptoms came on... and how hard.

That single J&J shot put in WORK. Had the thought a few times that if not for it, I would have easily been hospitalized at the minimum - just based off how grueling the fatigue was.

Working on building back stamina, which I might have been able to work on sooner during recovery? No doubt a creeping laziness that WFH can inflict didn't help. If anything, I'm looking forward to winter time in order to run outside. The difference in ability to breath (let alone function) normally in winter vs spring/fall is notable enough for me to consider moving to a colder, drier climate.

It's been hard not to get distracted with shiny gadgets like qgis2threejs while messing around with personal projects. While I realize I've come a little farther than I expected in a matter of days, there's quite a lot to polish and a lot of resources out there.

Appreciate the back and forth on the topic. Hard to find opensource GIS discussion IRL in my town.

As far as healthcare, I'm not sure if travel insurance would work since I'd be moving with a residency visa and not travelling for leisure. I'm sure they would fight it on those grounds. Not sure what other pitfalls may be as I haven't looked into it.

Will keep an eye out for something similar none-the-less if you haven't found something already as a possible route to insured healthcare.