If it shakes me or it breaks me, I hope it makes me a better man

And kind of an odd inclusion, was going through old Video Game music I used to love and came across this piece

Personally I'm not bothered with the timing of the threads, I'll just chuck up whatever is progressing at the time!

Gotta start this macrame thing. Surely it can't be too difficult....

Just had the final of three guests in our new house. My girlfriend's parents visited, then my brother and his girlfriend, then my friend from the UK, whom I've never actually met as we only know each other through the rugby podcast we're on. He had never been to New Zealand so I got the pleasure of showing off the southern gem that is my city.

Basically we ate a lot of really nice food and he got sunburnt on an overcast day cause New Zealand hates you if you're pasty.

Was great having guests, but being back to just me and my girlfriend is very nice.

I've read my usual new book over the New Year break, now to bust out this macrame set I got given as a gift.

Heyyyy Rugby time again. The Highlanders just finished their pre-season and they had a public training run on my club's field. 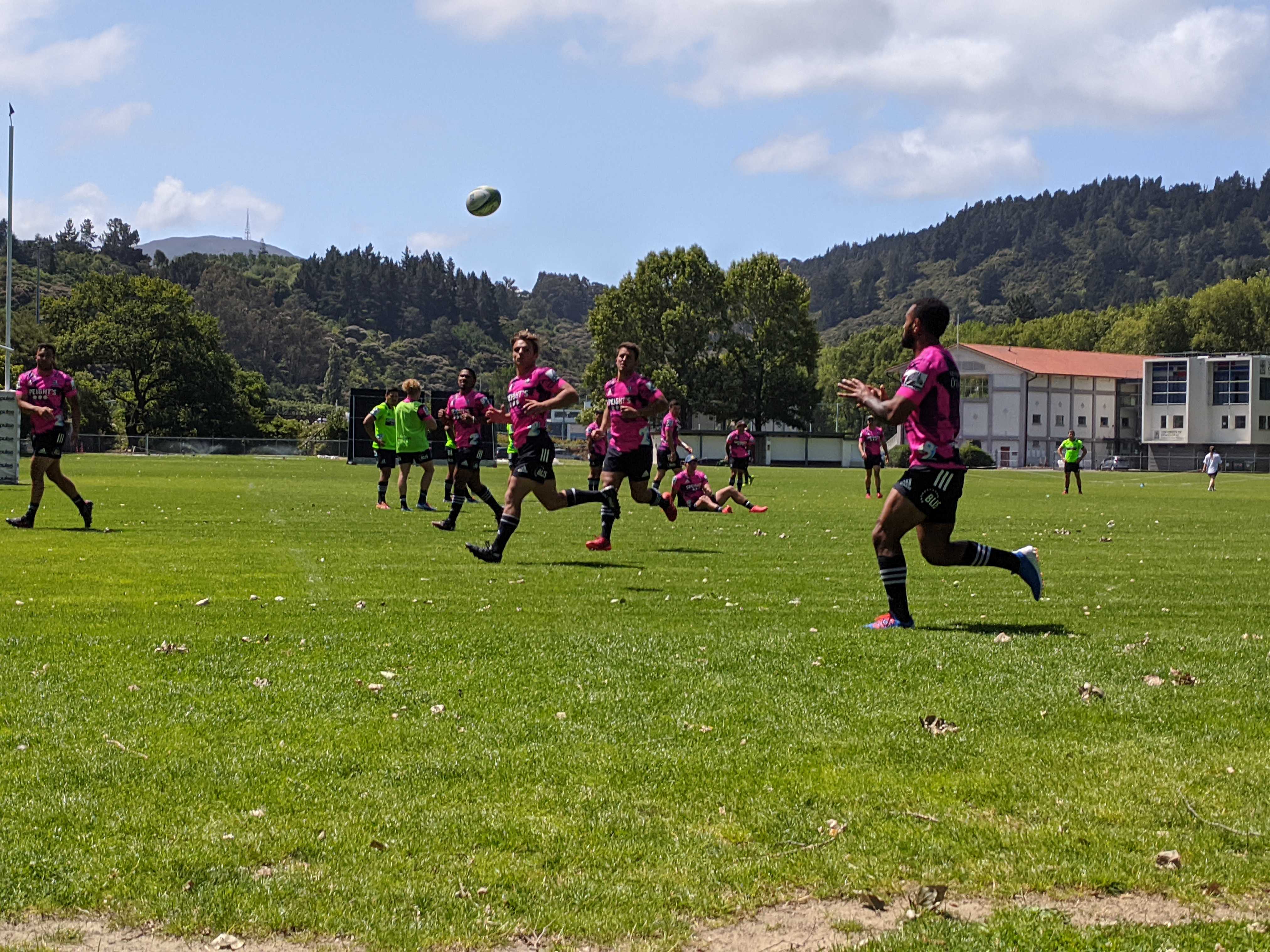 It's going to be a very different team - not least because we've lost Waisake Naholo and Ben Smith as well as some stalwart forwards but there's a good young and excited feel about the squad.

I have selected Seawolves as my American comp team btw, need to sort some merch!

Our flatmates bought their house the same time my girlfriend and I moved into our own house and it is truly awesome having your own space and things to alter. Like I miss these flatmates, one I had lived with for the past 7 years or so, even traveling to Australia with him! But now there's that wonderful sense of knowing you aren't in anyone's way. The only other person I need to take into account is my girlfriend.

It's such a fantastic game huh. Walking out of the tomb into the world was like... ahhh so cool. Plus the game lets you just fuck around with different ways to solve problems. Endlessly entertaining!

Man that guys voice alone was annoying. It sounded like he was dropping it down a level to sound more intimidating or something.

Ohhhh so many. Since building my PC I now have a few things to spend my time on if I feel like it. PC, Switch, PS4 covers a good few bases.

Destiny 2 - it's Free to Play on Steam (need to purchase the DLC if you want to progress to where everyone else is playing though) and I've been playing with a group of friends.

Terraria - Forgot how much fun this game is. Every time I think I've completed it, there's a whole new world that gets opened up for me and I'm getting kind of ridiculously powerful in some cases (like 3 seconds to kill an early game boss that took almost an in-game night previously) but hilariously weak in the next stage.

Path of Exile - Again with a group of friends. It's pretty fun and easy to pick up, plus the Kiwi-inspired design and voices are always enjoyable.

The Witness - I still don't fully understand this one, it's just a world full (and I do mean full) of puzzles to figure out. They all pretty much link up with other puzzles so you wander through the map doing what you can. Very peaceful!

Kind Words - You write letters to people who are having a hard time or need advice.

Binding of Isaac - I'm terrible at this, but my partner is like incredible. When we first met she mentioned she had a good amount of time put into it and me being a veteran of many games thought I would see if I stacked up. I did not. She cuts through runs like a knife through butter while I run in circles from an early-game enemy.

The Witcher 3 - another playthrough since watching the Netflix series. I know exactly how the game will pan out but I still thoroughly enjoy hooning around the map on Roach and deciding on which quest to do next, fight that werewolf or find the old lady's missing frying pan?

Modern Warfare (the new one) - campaign is pretty cool, but I'm way past these games to be honest. Used to love playing them in my younger years, and I was good enough to win competitions back then which should tell you how much time I committed to it.. Nowadays it's a bit of fun with friends.

Monster Hunter - god I'm awful at this. Truly awful. But again, friends are playing it and I have the game so why not. It's kind of fun actually, my friends will often record battles and you can see this wonderfully in-sync team hacking at this monster with precision strikes and I'm in the background figuring out how to draw my sword and accidentally bringing out a campfire to cook a roast.

Dead Cells - A beautiful and punishing game. Lovely music, lovely artwork, the mechanics are so smooth and crisp. Once you get the hang of it you'll be playing at breakneck speed and boy is it satisfying.

Borderlands 3 - Finished it, but occasionally hop on with some friends to cause some havoc. Very much what you'd expect from the franchise, not as amazing the 3rd time around sadly.

Okami - My partner has been playing this. I got it for her as she recalled enjoying it years ago.

This has me pondering my own ability/inability to be around people.

Like you, I have a usual list of things that make me fun to be around, and I really enjoy being around people.

However, I find it absolutely draining. I will actively seek out interaction, and enjoy being sought out. But once the interaction is done, I feel like my brain has run a half-marathon and all I want to do is get to an area devoid of people. This feeling doesn't kick in during any social setting, it only happens once I get home or I find myself alone after seeing someone, so I don't suddenly want to be alone but... When I find myself alone after socializing it's like I can breathe again yet am also tired. I've always found it strange that I have this "breathe again" sense - having it sort of implies to me that what I was doing was stressful and tense, yet I certainly don't feel that way around people.

It doesn't last long. I'm usually fine later in the day but I think I've always been tied up in the idea of extrovert vs introvert and the inaccurate definition I held for many years. I thought an extrovert was outgoing and loud, boisterous and craved to be the centre of attention, whereas an introvert hated these things and was a quiet, withdrawn person. But apparently, it's more to do with how you handle social situations - with an extrovert being energized by interaction, and an introvert preferring their own space.

I feel a little in limbo - I love interacting with people, but I feel drained doing so. I operate poorly by myself for extended periods, but it doesn't take a toll on me like interaction does.

If I'm honest with myself, I'd rather be drained and sociable than full of potential energy but with solitude to direct it at.

Yeah! Like I love lifting, and I love rugby and all the various forms of the sport. But running just for the fun of it? No thanks. I'll do it when my brother drags me on a run but I'll swear and curse his name the entire time.

I've shared this in the Craft Fair thread because homing this kitty has been somewhat of a mission requiring deft hands and patience. But wanted to share to the Pubski thread. Look at this little regal face :) 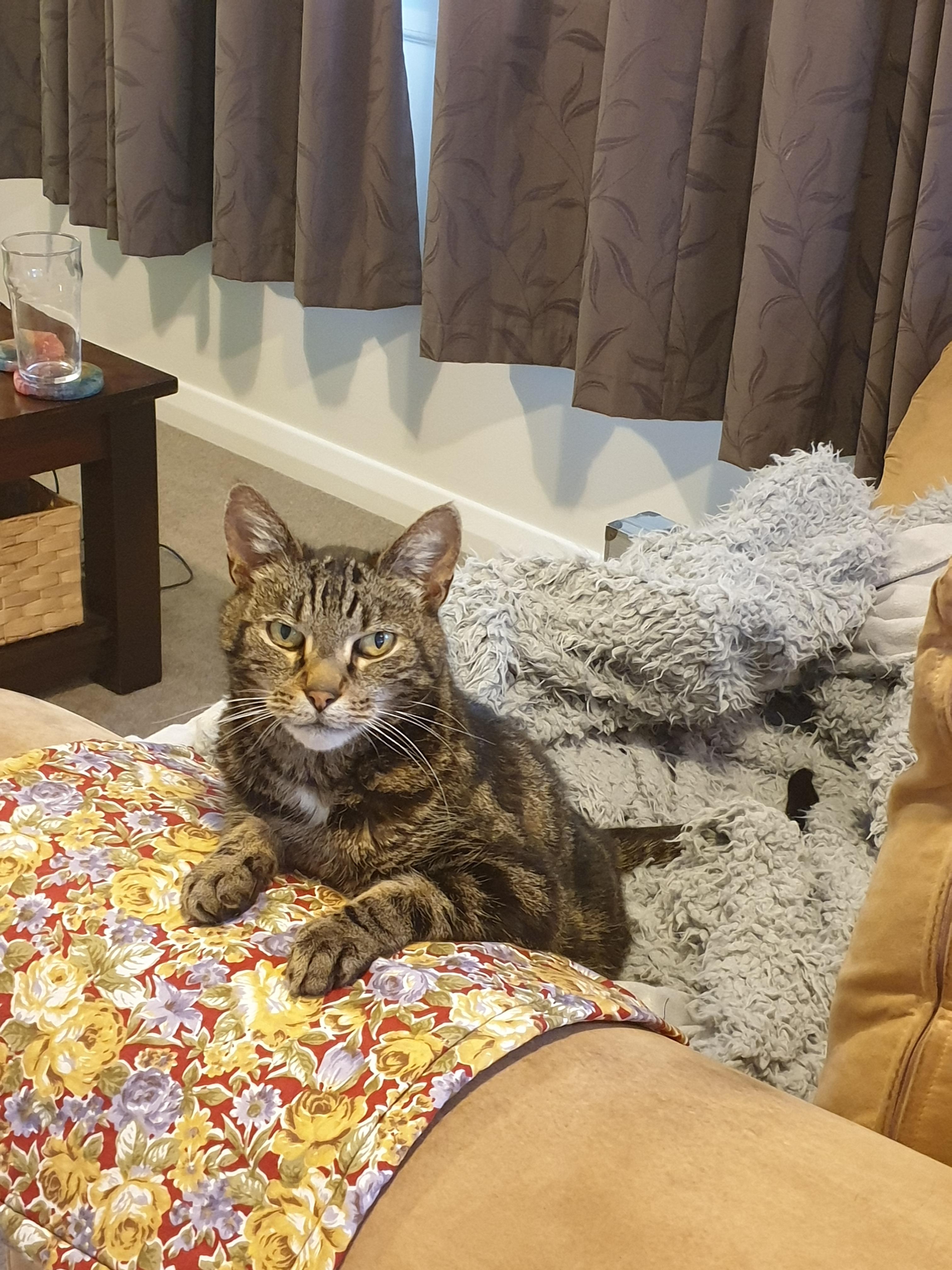 I've started running again to stay fit for Touch Rugby. If I'm not chasing someone/being chased in a match I just don't care for it. But it helps so it's gotta be done!

I will gladly take it off your hands!

Alright! So, garden. Please ignore the messy soil etc, we've had winds so strong someone is in hospital after a branch fell on them walking down the street - all kinds of crap has made it's way in but it shall be tidy again! I would like to pour one out for both my spinach and my capsicum. The spinach grew well. Too well. It went to seed rapidly and we had to remove it before ever trying some.. Next time we'll be better prepared! The capsicum, well I planted four and one by one they literally disappeared. I don't know what happened to them. Maybe a large enough bird took a liking and just ripped them out?

Firstly, my peas. Growing nicely, got them on stakes but they're producing pods and becoming full without getting much taller so it may have been overkill. 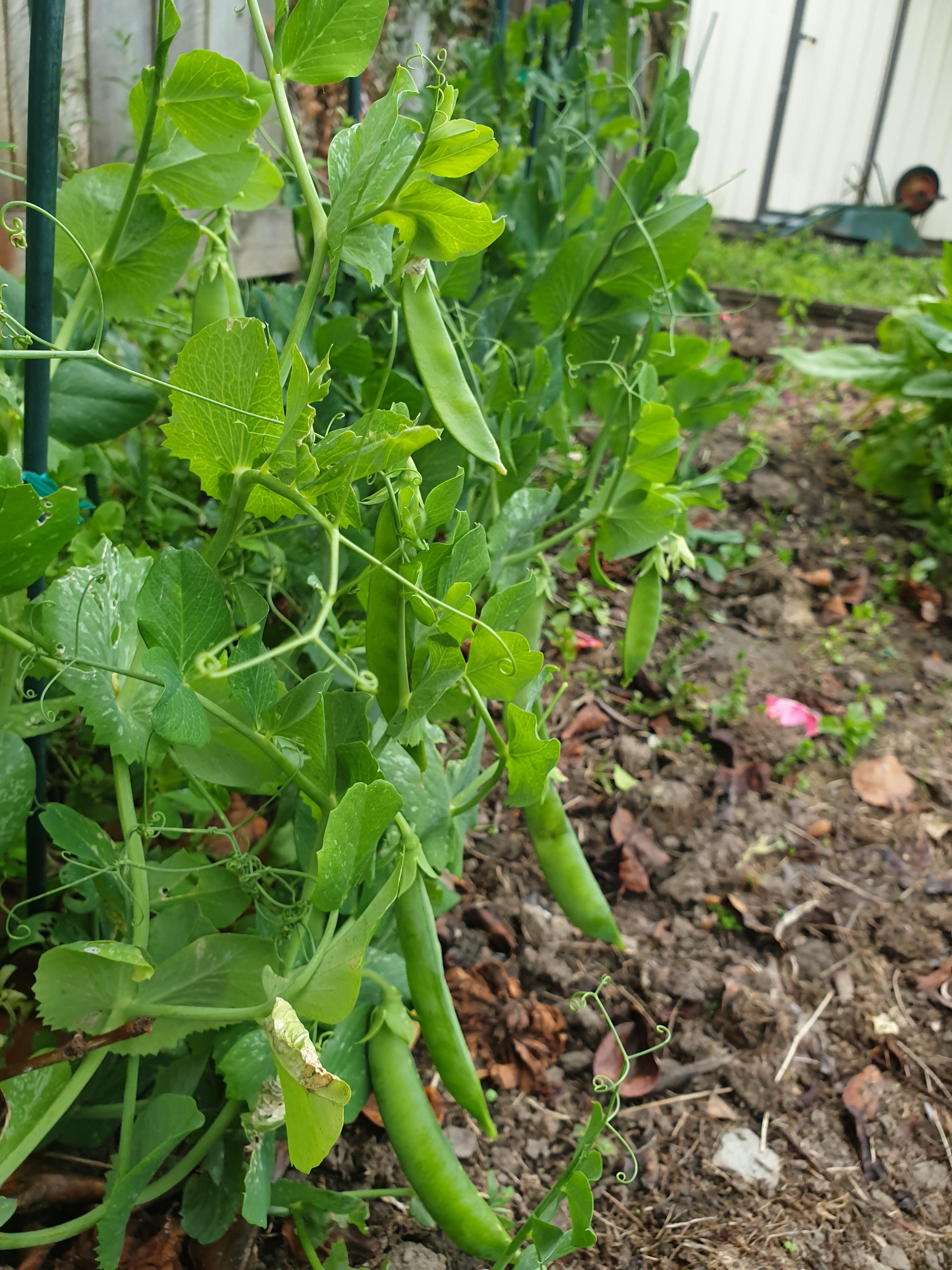 Now, the carrots - and some chives in the bottom left, apparently chives help keep some sort of bug away that will otherwise consume my precious carrots. The carrots are far too bunched together but I planted them in a very hectic time and we weren't able to visit for a while, they have been thinned at least! The tiny ones I unearthed during this process were delicious. 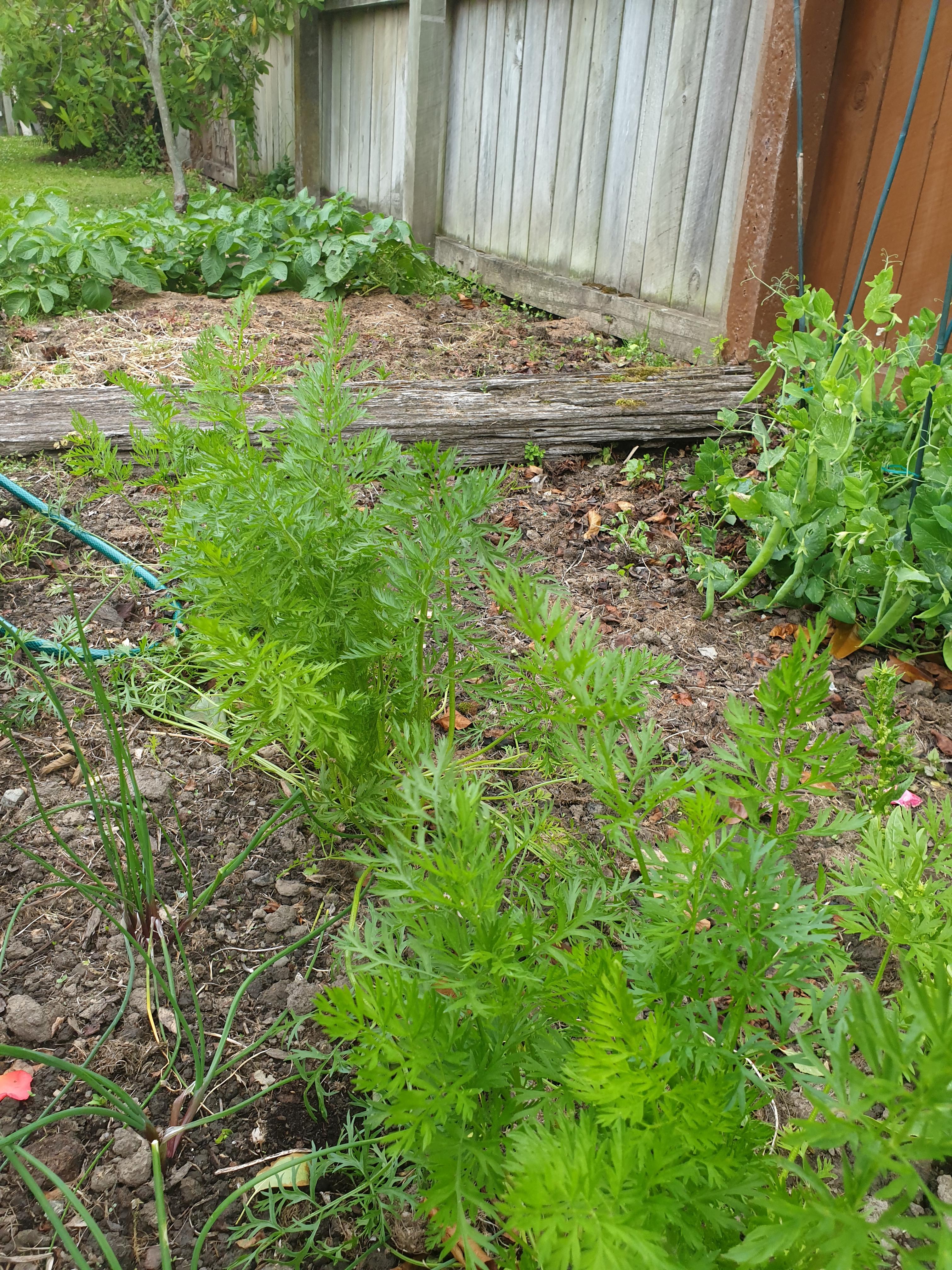 The spuds! I planted 9 spots, only three have taken. Apparently the soil has been used as a dumping ground for a few years, so it's time to make it happy again. This is a good trial run at least. I worked the soil over initially and I found plastic, beer bottle caps, glass! So in time I'll be able to get it cleaner. 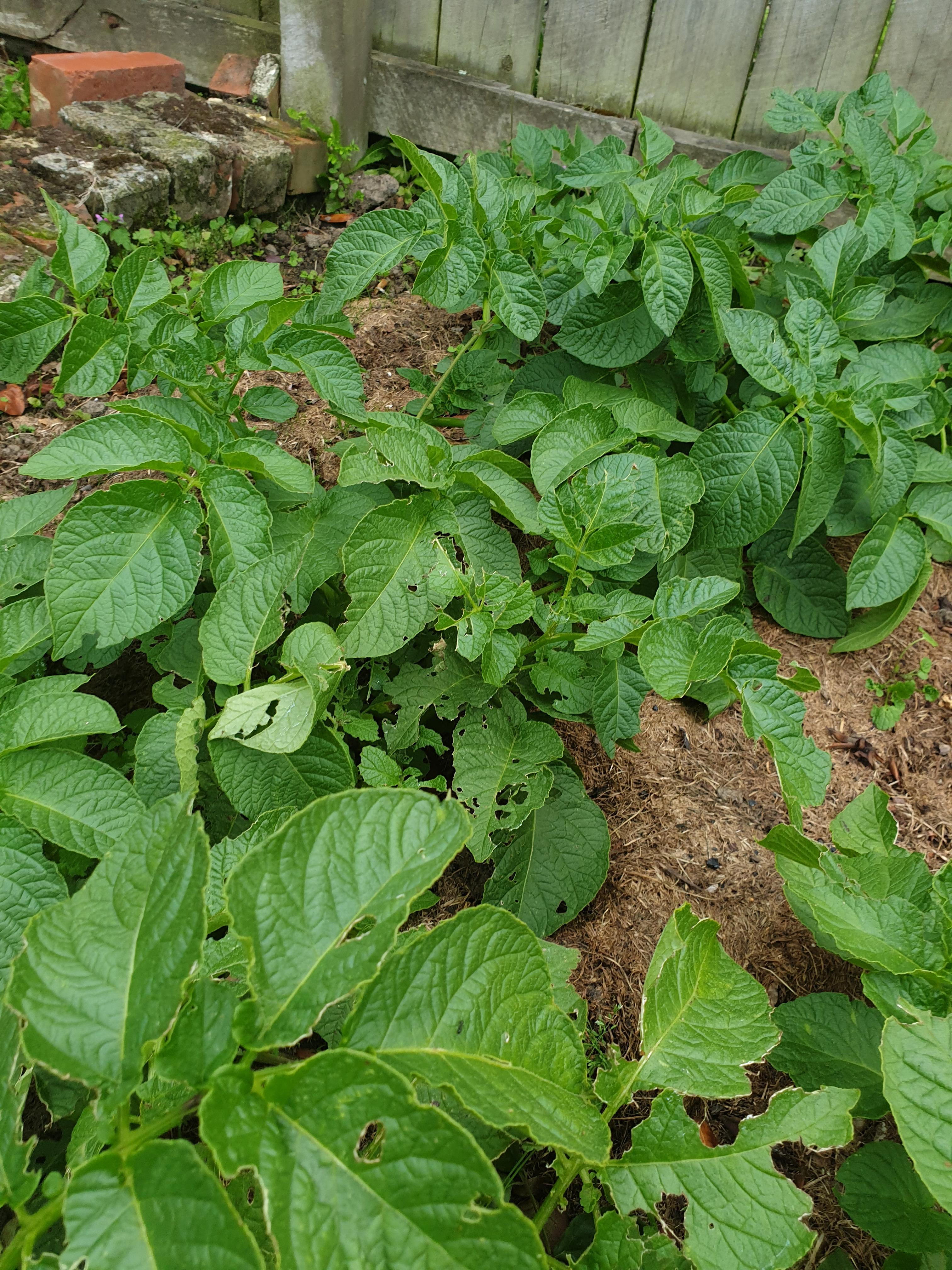 The cat! Elvis is settling in nicely. Even handling the various visitors we've had over the past couple of weeks. Normally he'd shoot away as soon as you sneezed but now he sticks around to receive pats from strangers. Still can be skittish and does not like to be looked directly in the eye. However, he has this fluffy gray blanket he loves, and my partner's mother got us this floral bit of fabric for him to scratch up, ideally saving our furniture. Gonna come in handy as we're replacing these light brown seats for a larger L-shaped sofa and I have no doubt the wee man will tear it up. But look at him! He's so comfy now.

To a slightly different project, the road to the 140kg bench has begun. I was meant to have this done last year, but it was a very messy year and training seriously fell by the way side. Below, is 115kg - a weight I've dropped down to focus on some technique tweaks I want to try. Basically revamping my entire setup. My current max is 137.5kg which is frustratingly close to 140 but, gotta earn it I guess. I know this and the cat aren't exactly a craft so I won't be updating on these part, but they're a "project" of sorts so I included them once for my peace of mind. 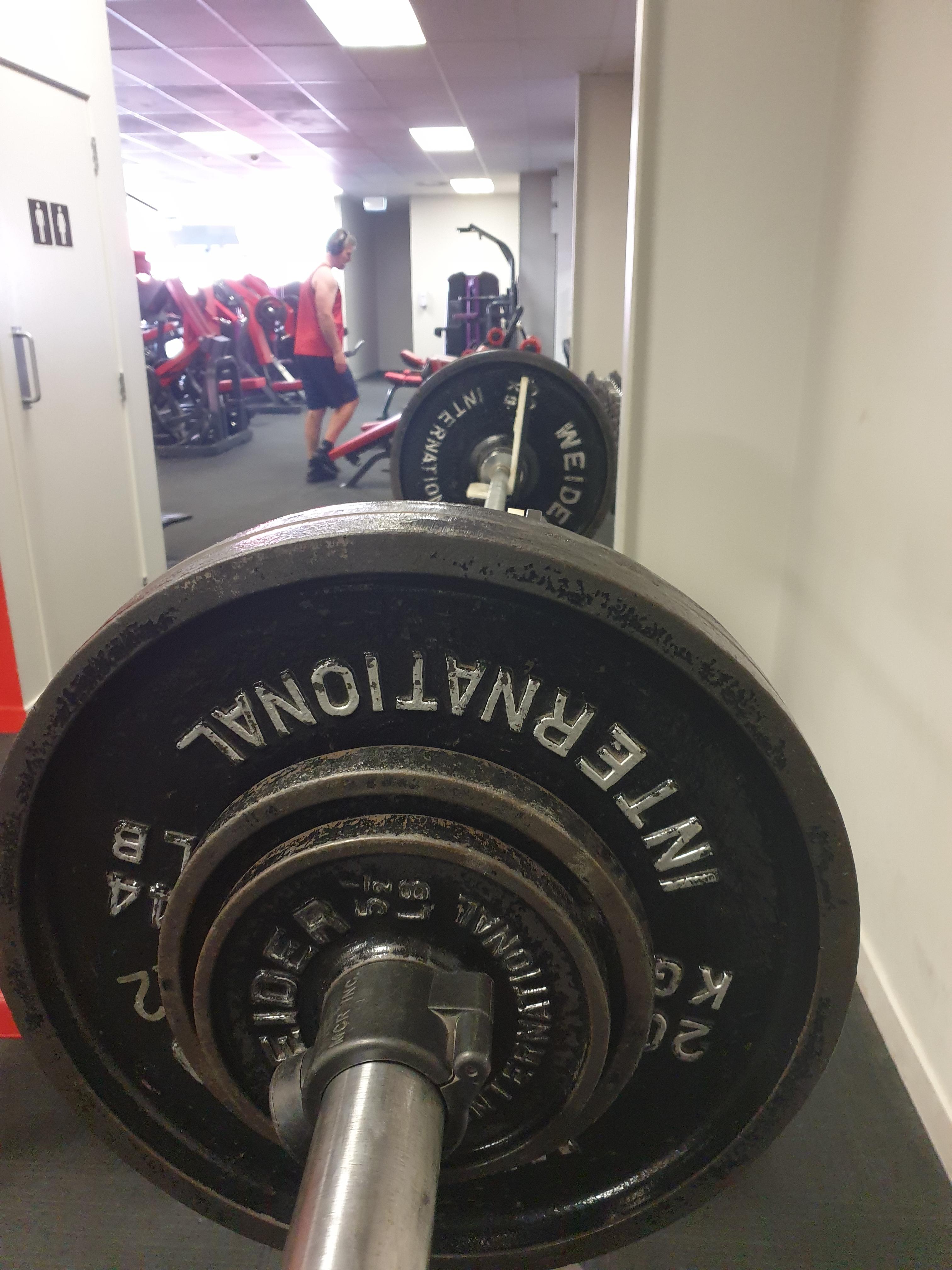 It was hosing down when I got home :( Sunny today so I'll get some photos this arvo!