I don't know many of these. But I'd love to hear if anyone has recommendations.

This list sucks and everyone NPR listens to sucks, which wouldn't be a problem if NPR didn't suck so hard.

The problem is the list reflects the trends in publishing, which are pretty much "harlequin romances only stupider."

- It's overwhelmingly fantasy. There is no "what if" in fantasy - it all boils down to "what if the middle ages had dragons and wizards and we could disguise our racism by turning black people into elves or some shit."

Breq is a human now — but once she was a starship.

What a wonderful world P. Djélì Clarke has created here — an Arab world never colonized, where magic-powered trams glide through a cosmopolitan Cairo and where djinns make mischief among humans.

That's The Years of Rice and Salt which isn't a great book either.

Okay sure I'm glad there's now fantasy that happens somewhere other than "within a week's walk of Paris" but fantasy has always been a thunderously derivative genre for underachievers which is why it's so generic. Sure, put a djinn in there instead of a balrog, whatever. Yay Nigerian-american authors, I'd rather see them get the work than privileged white men. But Ndede Okorafor isn't a great writer. Sorry.

N.K. Jemisin deservedly won three back-to-back Hugo awards for these books, which use magnificent world building and lapidary prose to smack you in the face about your own complicity in systems of oppression.

NK Jemesin winning three Hugos back-to-back says a lot about how awful the marketplace is out there. These books are unreadable.

This was judge Tochi Onyebuchi's personal pick — a devastating portrait of a post-climate-apocalypse, post-Second Civil War America that's chosen to use its most terrifying and oppressive policies against its own people.

This book is improbable and poorly written. It's got Dan Brown-grade prose and a "fucking magnets how do they work" understanding of politics, strategy and human nature. It's been a useful litmus test, though - I've killed no less than three newsletters because their authors couldn't stop jizzing their pants over this book.

The Martian is pretty good. Not masterful? Entertaining and okay.

The Expanse series is good for two or three books. Much like the series, it's really fucking tough to care once they've opened the space wormhole or whatever. It all eventually becomes Black Bart twisting his moustache and a bunch of cowboys in a mexican standoff. nobody gives a fuck

The Goblin Emperor is... I mean, it's fucking King Ralph.

"Things would be different if I were in charge" is always going to be an easy sell. There is nothing, however, in The Goblin Emperor, that requires goblins. Or airships. Or bridges. Or anything else. It's a bunch of palace intrigue. Real palace intrigue is generally better than fake palace intrigue because at least there are stakes. I liked Goblin Emperor? And I hated Wolf Hall? But Wolf Hall is a better book.

Paolo Bacigalupi's Ship Breaker, The Drowned Cities and The Water Knife are all within the past decade.

Robert Charles Wilson's Vortex is within the past decade, although the first two books in the series are not.

William Gibson's The Peripheral and Agency are within the past decade. Agency is within the past year. Most any Gibson is a noir but at least he writes good fucking noir.

Richard K Morgan's Thin Air beats anything on this list except The Martian. Also a noir, really. Thirt33n was better but that was 2008.

My limited exposure to NPR (some podcasts, some furniture based music performance) means I still hold them in high regard.

I’m not sure if I agree with your argument on fantasy though. What good sci-fi and fantasy have in common, I think, is that they can both try to say something about our world by presenting something familiar stripped from its familiar setting. Sure it doesn’t need goblins or spaceships or dragons but it’s a lot more fun to hold a phenomenon up to the light when it’s presented in a curious way. The reason sci-fi is often better at some form of introspection / social commentary, I would argue, is that it’s baked in the what-if. Why would you change something fundamental about our universe if it didn’t result in some interesting outcome?

Fantasy on the other hand can be anything from “here’s a captivating multithreaded story deeply rooted in history and religions of past centuries” (Game of Thrones, which to be fair I have yet to finish) to “I made eight hundred names but zero reasons for you to care”. So if there’s even a remotely good reason for why a palace intrigue gels well with the themes and concepts associated with goblins, I don’t see why that’s inherently bad or devoid of stakes.

kk so check it 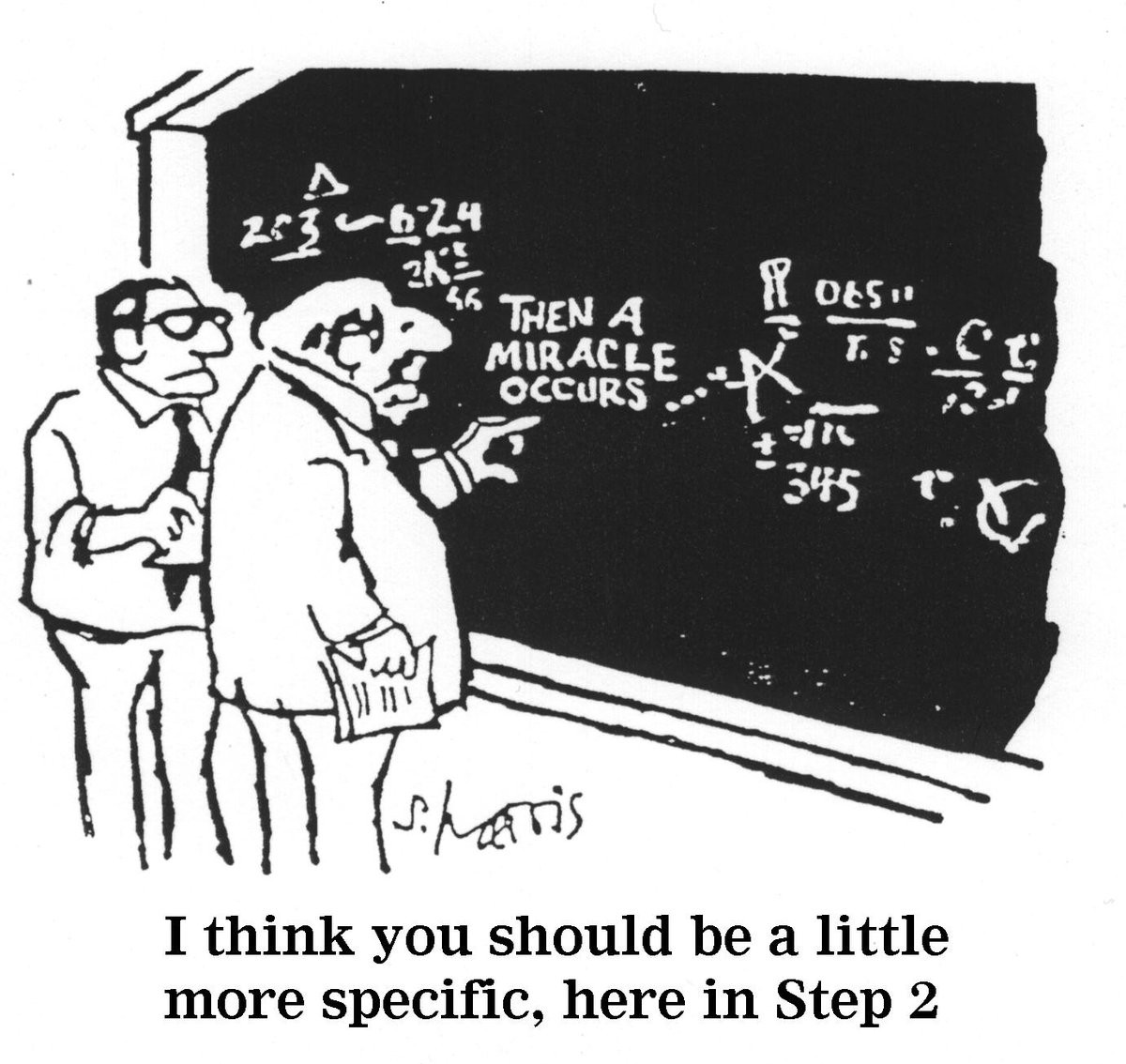 The "what if?" at the heart of sci fi can be anything. No limits. What if our very cells were sapient? (Blood Music) What if space itself had cancer? (Spin) What if there was a planet made of nothing but dunes that improbably had giant sandworms whose diet is unclear but they poop magic stuff that people can snort and it lets them cross space and time instantaneously?

The "what if?" at the heart of fantasy is ALWAYS

What if there was magic?

It's never well-defined magic, either. It's some nebulous form of instantaneous deus ex machina that always gets whipped out whenever things are tough. Now remember - I named my daughter Arya. Game of Thrones? I'm a fan. But fundamentally, every problem George RR Martin ever faces, he solves through deus ex machina:

- Danaerys is kinda fukt and things ain't workin' out there with the barbarians so POOF she has dragons.

- King's Landing is gonna fall and the Lannisters are totally outgunned so POOF Tyrion wipes everybody out with Greek Fire.

- The zombies are gonna wipe out the world but suddenly poof "I am no man" magic loophole.

Fantasy is fairy tales. Fairy tales writ large, generally without the morals added on. Cinderella gets to the ball because her fairy godmother turns a pumpkin into a carriage yadda yadda.

How much more interesting a tale would Cinderella be if the bitch crashed the party?

I don't care what fantasy you're talking about, the core purpose of fantasy is to get your characters out of a scrape by bending physics. Unlike sci fi, however, the flexibility of physics is unknown prior to its bending. Why didn't the fuckin' eagles just drop the goddamn ring into the volcano? Same reason every problem in The Hobbit is solved by a magic invisibility cloak. Been captured by trolls? Good thing someone can be invisible! Giant spiders? no prob, we got invisibility. Big damn dragon? Invisibility! Oh, but that invisibility comes at a horrible price that will take three entire books to explain away but doesn't figure at all in the moment because whoopsy-daisy the ability to be invisible at the drop of a hat kind of solves pretty much every possible difficulty your characters might ever encounter, huh... 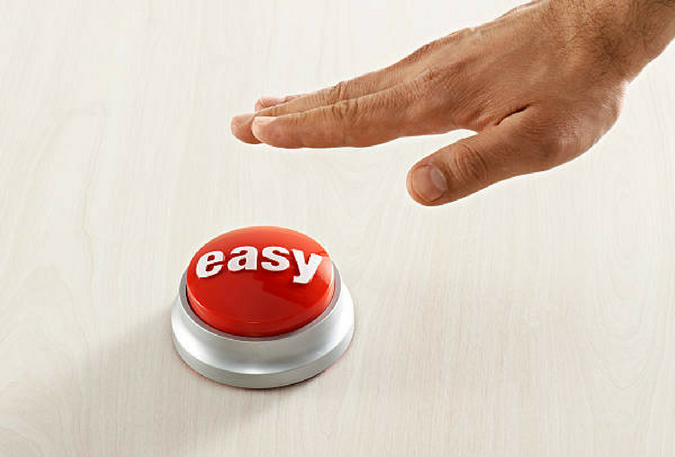 Know who writes good fantasy? Sci fi writers. Jack Vance took a read of that invisibility easy button and wrote Liane the Wayfairer. The whole of The Dying Earth is, in fact, Jack Vance playing with the tropes of fantasy and turning them upside down. That whole "you can only use a spell once" thing that forms the backbone of D&D and everything that came after? That's Jack Vance deciding magic sucks. Turn it into a hand grenade though and now, baby, you got a stew going.

Roger Zelazny's Chronicles of Amber fundamentally play with the idea that there's magic-world and normal-world and the difference, fundamentally, is chemistry doesn't work in magic-world and magic doesn't work in normal-world. Until our protagonist, one of the few people who can bop back and forth, somehow stumbles on a combination of household goodies that are effectively gunpowder in magic-world. It's a lot of fun for three or four books but the problem is, once you've introduced physics and rigid rules into fantasy the fantasy breaks the fuck down, the Rock Biter cries, Atreyu loses Artax and The Nothing consumes the universe. Who was it that pointed out the Death Eaters would have been irrevocably fucked if Harry Potter had just decided to bring a couple AR-15s with him to Platform Nine and Three Quarters?

So your choices are limited (what if everything hard was predictably solved through loopholes) and the plots are gonna suck (the resolution to every problem is "and then a miracle occurs"). Yes, there's good fantasy... but there's good fantasy despite the loopholes, not because of them.

Here's one to add to your list. I couldn't remember what it was called. I think I found it by literally browsing my audiobook application from the library and it was like "unlimited" which means anybody can borrow it so why the hell not.

I found it again by googling "new fantasy series with airships and talking cats."

Now - does "The Aeronaut's Windlass" need airships? I mean, it's basically Master And Commander with blimps so yeah, pretty much. Does it need talking cats? No it most definitely does not, but it has them. Is it fantasy? Well, the magic crystals that run everything might as well be Warp Cores and Scotty is definitely in this book. Talking cats? 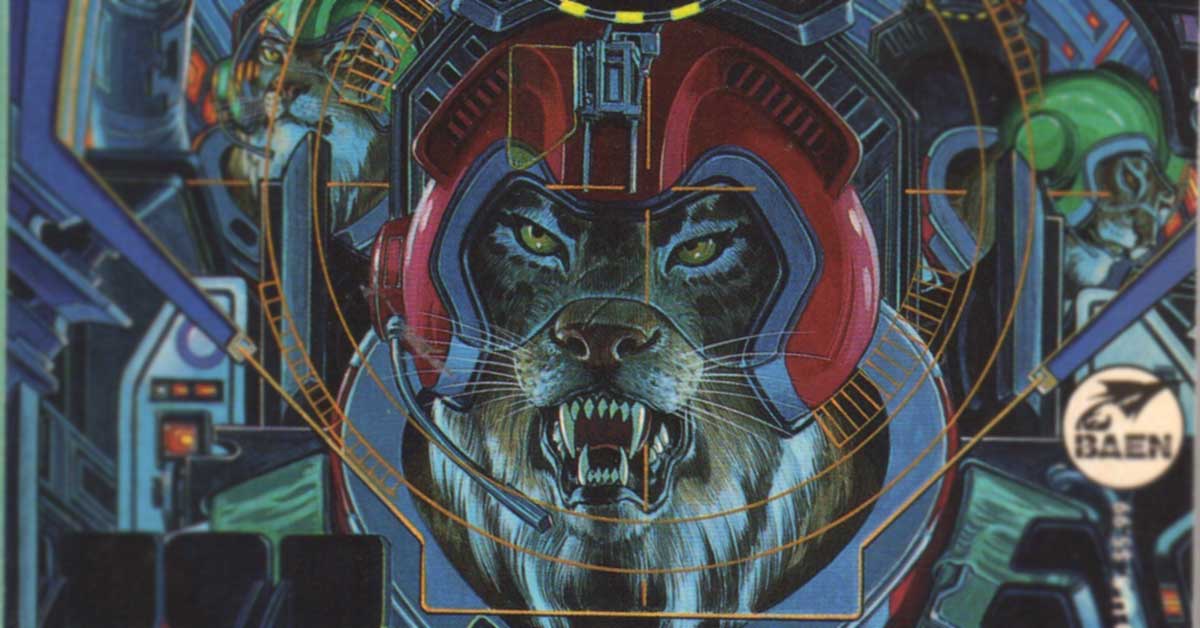 I love how Wikipedia is all "maybe fantasy, maybe steampunk, whatever." Realistically Jim Butcher wanted to write about blimps and swords and talking cats, so he did.

But Jim Butcher isn't going to whip out a fuckin' magic invisibility ring because his culture is "I am Chun the Unavoidable" not "one ring to rule them all." Because he understands that "our world, only with magic" is inherently bad, and inherently devoid of stakes.