a thoughtful web.
commentspostsbadges
Good ideas and conversation. No ads, no tracking.   Login or Take a Tour!
comment by kleinbl00
kleinbl00  ·  651 days ago  ·  link  ·    ·  parent  ·  post: Cryptocurrency is a disaster

Over the past several months, everyone in the industry who provides any kind of free CPU resources has been dealing with a massive outbreak of abuse for cryptocurrency mining.

Bitch I had to bare-metal restore a fucking Wordpress instance for my wife to purge a Bitcoin miner in 2011. It was on Hostgator because it was so long ago, Hostgator didn't suck yet. I fuckin' put a PiHole on the network at work to keep the Monero-injecting ad networks off my shit in 2016. If you're seeing illicit crypto miners show up now rather than when Obama was President you're some kind of rare-ass hothouse flower.

Cryptocurrency has invented an entirely new category of internet abuse.

Well technically they're worms, but whatevs

Someone found a way of monetizing stolen CPU cycles directly, so everyone who offered free CPU cycles for legitimate use-cases is now unable to provide those services.

Don’t make the mistake of thinking that these are a bunch of script kiddies. There are large, talented teams of engineers across several organizations working together to combat this abuse, and they’re losing.

I would give more examples, but secrecy is a necessary part of defending against this — which really sucks for an organization that otherwise strives to be as open and transparent as sourcehut does.

Wait, "Sourcehut - the Hacker's Forge" - that Sourcehut? You realize "hacker" is a pejorative for a programmer who cuts corners and operates in an illegal or quasi-legal fashion, right?

The integrity and trust of the entire software industry has sharply declined due to cryptocurrency.

Right it was a fuckin' bastion of principled altruism before that damn Satoshi guy showed up. Phone phreaking... for good! Nasdaq crashing... for justice! Sony put a rootkit on their CDs to fill everyone's computers with vitamins!

I’ve had to develop a special radar for reading product pages now: a mounting feeling of dread as a promising technology is introduced while I inevitably arrive at the buried lede: it’s more crypto bullshit.

You made it through e-everything without developing skepticism? "We put a chip in it" with your idealism intact? IoT4ErryThing without growing cynical? Fuckin' 8 years after Silk Road ate shit and NOW you're salty about crypto?

What you let your emails age four goddamn years before opening them and getting mad? No wonder this is hitting you now.

Remember the DAO? They wanted to avoid social arbitration entirely for financial contracts, but when the chips are down and their money was walking out the door, they forked the blockchain.

Right - 'cuz if they didn't, Ethereum wouldn't be able to do all the cool shit you can do with Ethereum. This is like getting mad at Honda for recalling anything with a Takata airbag.

That’s what cryptocurrency is all about: not novel technology, not empowerment, but making money.

It has failed as an actual currency outside of some isolated examples of failed national economies. 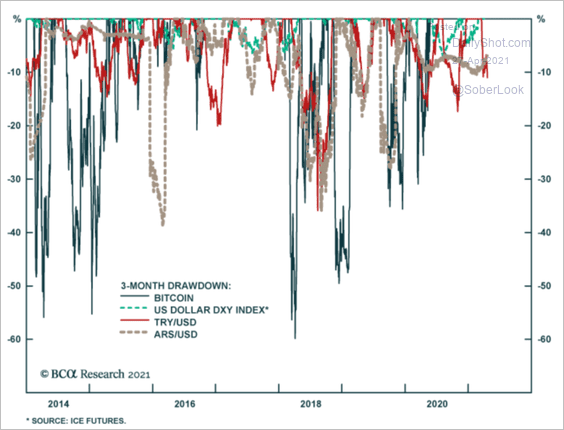 Funny thing about Turkey. They banned Bitcoin last Sunday. Today they announced the Turkish Central Bank is opening its own exchange.

No, cryptocurrency is not a currency at all: it’s an investment vehicle. A tool for making the rich richer.

No, cryptocurrency is either a bearer instrument or a settlement network depending on what you do with it. And, I mean, capitalism is fundamentally a way for those with capital to increase their capital. So...

And that’s putting it nicely; in reality it has a lot more in common with a Ponzi scheme than a genuine investment.

Something like 80% of all crypto out there is being HODL'd. To be a Ponzi scheme the income of the newbs has to pay back the vets but since the vets largely haven't cashed out, this perpetual insistance on using the word "Ponzi" because it's the only understanding you have of scams is tiresome. If you want a more accurate, but equally pejorative description, you want to look to the British East India Crash or the Florida Land Boom, in which poorly-understood assets were overbid by overleveraged amateurs to the advantage of the initial experts, who got out ahead of the crash in both instances. Except in both instances, the lack of understanding was due to secrecy, fraud and imperfect information, all of which are mathematically negated by - wait for it - cryptocurrency.

Those make for a good headline, but how about the rural communities whose tax dollars subsidized the power plants which the miners have flocked to?

Even those in the (allegedly) working economies of the first world have been impacted by cryptocurrency. The price of consumer GPUs have gone sharply up in the past few months. And, again, what are these GPUs being used for? Running SHA-256 in a loop, as fast as possible.

When they could be teabagging n00bs in GTAIV! Think of the children

Maybe your cryptocurrency is different. But look: you’re in really poor company. When you’re the only honest person in the room, maybe you should be in a different room. It is impossible to trust you.

Can we... pause for a moment to observe the broad brush being used here? It's like that time I went to a financial advisor to see whether I should pay my house off or not and was told that he would happily deal with drug dealers but he wouldn't touch crypto. It's like that time my father told me that the only people invested in crypto are criminals... all while paying for the methadone for my step brother, the snitch with five convictions. hey - 'member when everyone showed Wikileaks what's what and banned them from Paypal? And forced them to accept Bitcoin? When it was at 23 cents?

Not to mention that any attempts at reform, like proof-of-stake, are viciously blocked by those in power (i.e. those with the money) because of any risk it poses to reduce their bottom line.

Proof of stake lets you earn interest without a bank. Those with the money are all over it.

Cryptocurrency is one of the worst inventions of the 21st century.

I dunno I mean, yer right, it's no Squatty Potty

I am ashamed to share an industry with this exploitative grift.

No you're not, you're angry that it shares an industry with you.

It has failed to be a useful currency

Obviously the promise of the printing press and steam engine took less than ten years...

I dunno man I am up... five orders of magnitude and I grew up with food stamps and Rit dye.

I dunno man it's no Netflix

We're against proof-of-stake why, again?

provided a climate for hundreds of scams to flourish,

LOL there's easily a thousand shitcoins out there, most of which have long since grenaded. Meanwhile,

The price of consumer GPUs have gone sharply up in the past few months...

Which all of us in the technology manufacturing industry are well-aware of, because of the series of fires at major chip manufacturers that are core in the tech supply chain. And the fact that the massive manufacturers (Apple, et al) have used their weight to buy up all future capacity at all existing semiconductor factories for the next few years.

People don't get how big of a deal this is.

By the end of this year, new tech hardware just isn't going to be available any more. It's going to take at least a year to recover the semiconductor industry, at least.

I was waiting for your response, and it didn’t disappoint. Take a bow my friend. That’s a quality bl00 takedown.

There's a lie at the heart of it tho

Not gonna lie. This fuckin' post ruined my afternoon and most of my evening. 'cuz it fucking sucks to be called a criminal, a degenerate, a cheat and a gullible scam artist by people you've never met, you'll never meet, that you've never heard of before, but who will gleefully assert to a joyously appreciative audience that the act of spending $670 on Bitcoin in fuckin' 2015 makes me morally inferior to El Chapo.

'cuz here's the thing: in Western culture, wealth implies success, success implies virtue. We don't care how you get it. Narcos isn't about how awful drug dealers are. Nobody wears a Pacino Scarface t-shirt because they empathize with his strong morals. The difference between Batman and Rorschach is Batman is fucking rich. Western civ has admired the Protestant work ethic, and its visible marker wealth, since Martin Fucking Luther.

But not if you earned it through crypto.

And it's just too fucking much.

Third time? Was to buy a used basic bitch Porsche for Prius money. But now, as far as the world is concerned, I'm a walking, talking Lambo meme.

And THAT is the toxicity that assholes like this guy should be railing about. Because fuckin' hell, it's what makes us keep our crypto holdings and opinions secret, rather than going "hey, friend, I think this stuff might change the world, you should perhaps look into it."

No lie. I refuse to discuss Crypto with anyone until they've agreed to read David Graeber. Because I don't need the fucking holier-than-thou blowback anymore.