Prior to the Trump / Biden debates I was still pretty convinced that there were so many idiots in the US that Trump was going to win re-election. Make no mistake, this was NOT what I was hoping would happen. I donated money, I bought Biden posters for my yard, a sticker for my car, beer cozies, t-shirts and even some Biden socks. During all of it, a long text thread between me, mk and ecib emerged. We would watch the Dem primary debates and text back and forth. It was fun.

When Biden got the nod I wasn't yet convinced he could pull it off. But then the first debate with Trump happened and I was becoming more convinced that Biden had a shot. Trump was just so vulgar. In a thread with mk and ecib I suggested that if Biden won we should all get Mohawks. I'm not sure why I did this? It sounds like more of a punishment than a reward. I think I knew that it would be an act of catharsis. Ecib and mk agreed. We were all probably a little inebriated.

After Biden won the election mk was quick to point out the agreement. I suggested we wait till after inauguration. I knew Trump wouldn't give up easily. I knew he would contest it till the end. I couldn't have foreseen the capitol insurrection, but it didn't surprise me.

Yesterday, after watching the inauguration and literally weeping, I went to the barbershop (they only see one client at a time and masks and temperature checks mandatory) and I got my mohawk. Later that evening both mk and ecib got theirs too.

Anyone else care to join us in celebratory Mohawks? If so, post here. It's a freeing feeling. It really is. I actually love it. I highly recommend getting a mohawk. Do it!

They look rad!! For a second I was also thinking of getting one. It would be a curls mohawk. Not sure if I want that for my thesis defence though...

For now I am rocking Viking with beard for the first time in my life, and liking it

Still working on what to do with all my hair. Don't worry, there will be pictures. Probably even videos.

Holy crap... I thought that second photo was kleinbl00 like 15 years ago...

mk weighs less than my leg

Now, yeah. But you were a wiry little thang for a long time, IIRC...

LOL the power of bulimia

I love everything about this

He's been there, done that. It was a good one.

I feel like I’ve seen photos of this. Edit: steve you should post your past Mohawks photo here!

there are surprisingly few photographs of that time of my life.

interestingly enough, I considered shaving a mohawk just last week... something in the air I guess. 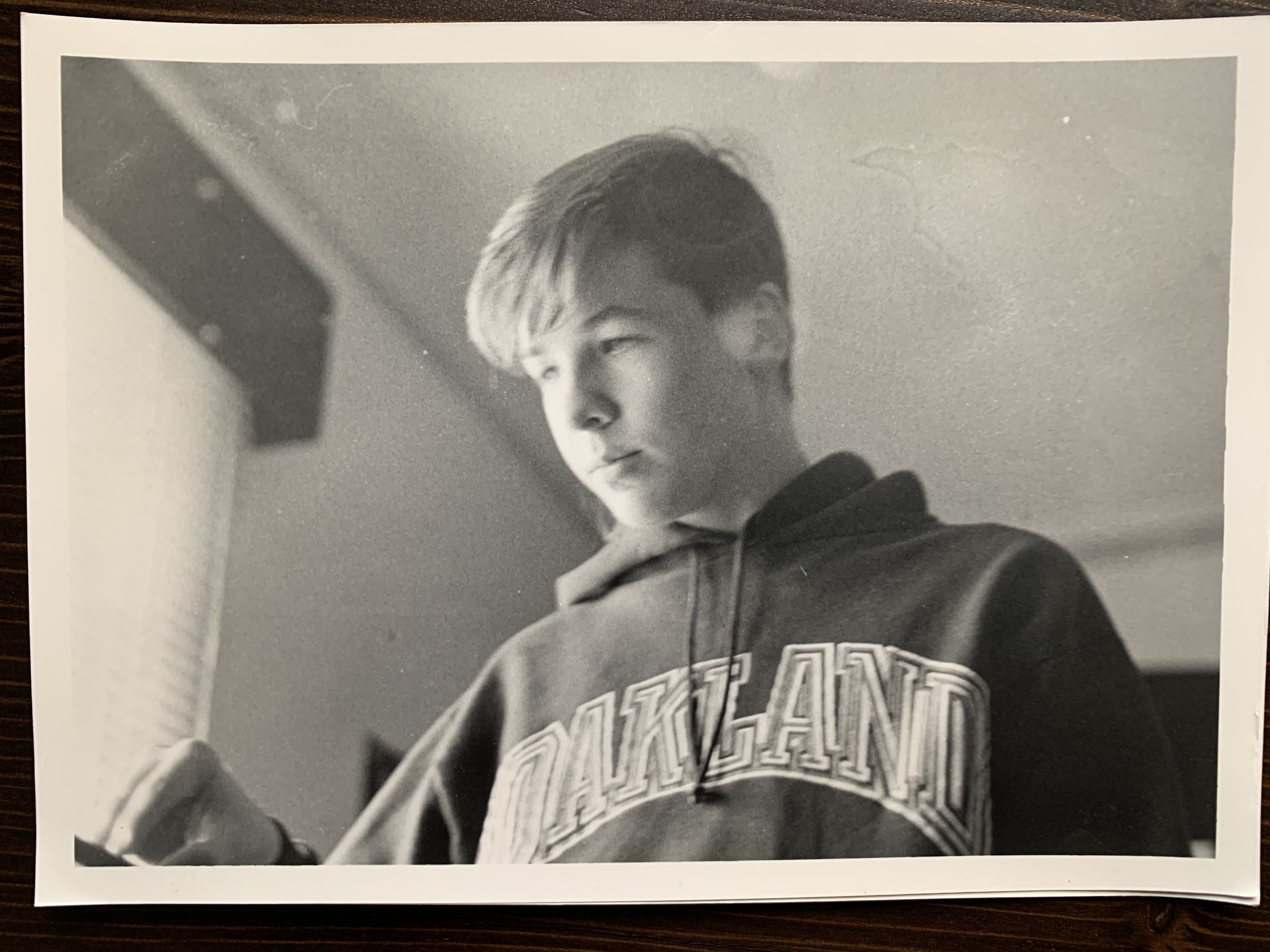 And us (and you are rocking that awesome tail): 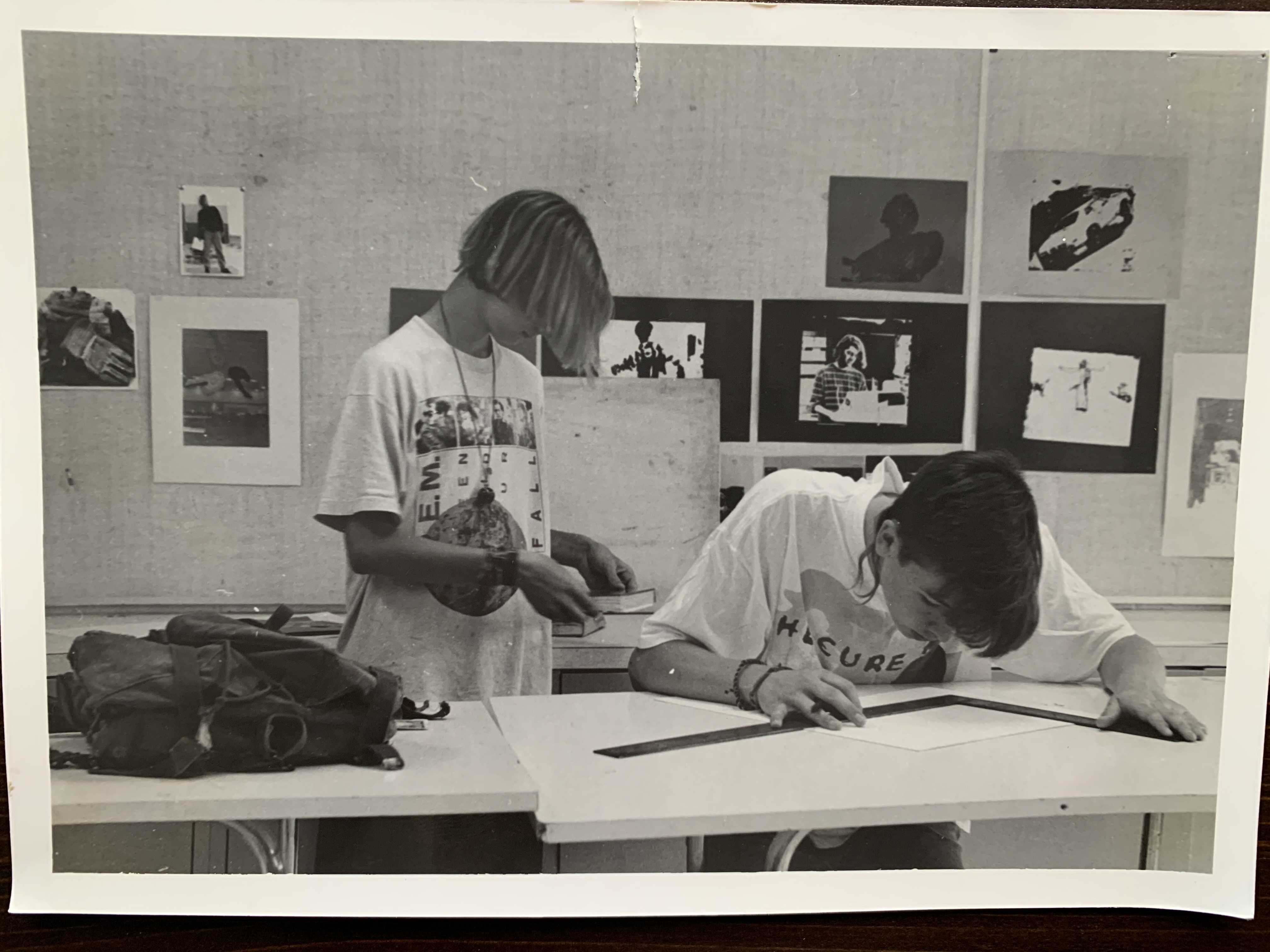 Was that REM fall tour 94 at the Palace? That was my first concert.

That was the '89 tour for Green. I think it was my second concert.

holy cow.... I'm not sure I've ever seen those photos. Ha... I was wearing OU sweatshirts back then too...

Thanks so much for sending these.... I really don't have any photos of this time.

If you will it, it is no dream.

My boyfriend has a mohawk and i love it - I wish it was a more common hairstyle! I find it looks best unstyled, and funky colors are a bonus.

He both had our hair done last week out of boredom by a friend in our bubble - i'm now bright orange and he's pink :) Love looking funky, too bad there's nowhere to go to show off our awesome hair .

I started balding at 22, what I have up top is barely 1/2 and inch and super thin or else I'd jump in with a mohawk too, haha.