Dala is playing Minecraft right now, watching her horse climb down a mountain, which means I'm not playing Dark Souls, which is fine. But you know what? I still got like, knights and spears and swords and fantasy on the mind, so I'm just gonna go through Wikimedia and find a bunch of art full of knights and spears and swords and maybe some fantasy stuff. But honestly, there's a TON of that kind of stuff on there, so if there's gotta be some way to narrow things down, otherwise I would be able to share pictures well into the morning. So I'm gonna do Bogatyrs for now, or stuff from around that area, cause why not? I mean, I could do vikings or samurai, but they're maybe a bit played out? Or not. I mean, if you got some kick ass viking or samurai pics you'd like to share, I'd like to see them.

Onto the art though. 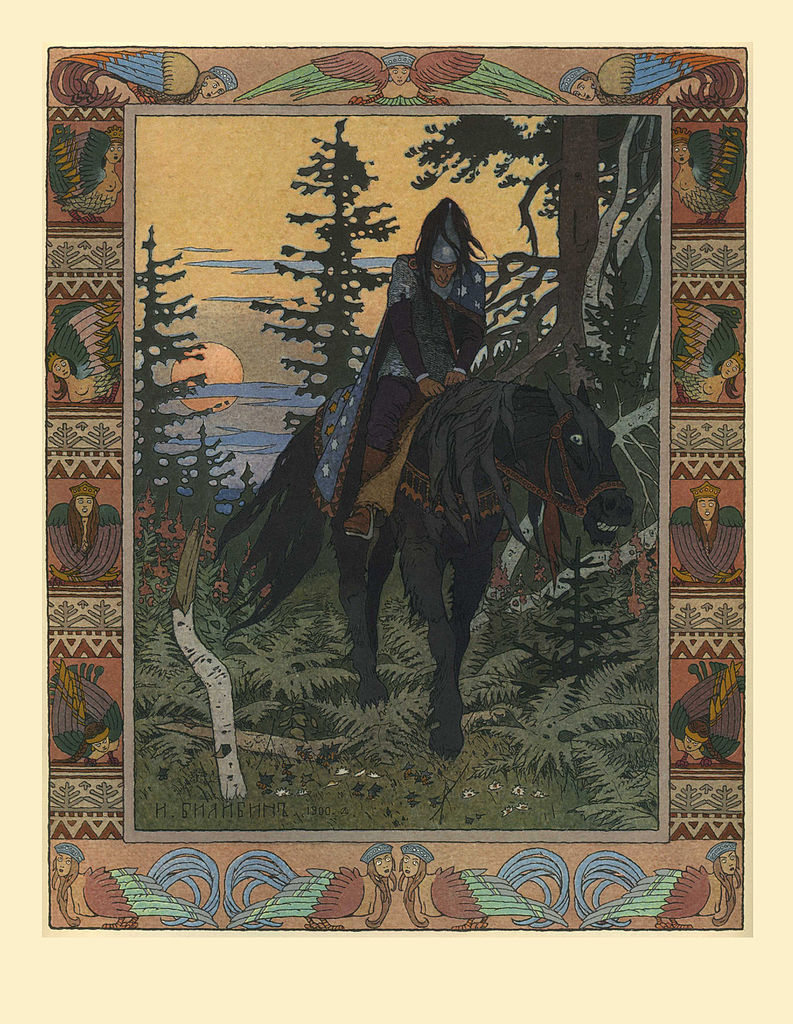 Gonna start out with these two gems, from Ivan Bilibin (WHO IS AN AMAZING ARTIST BY THE WAY!!!) and honestly, I have no idea who these two are or what they're about, other than the guy in Orange is named "Redsun" apparently and they're both from a Russian folktale titled "Vasilisa the Beautiful."

Seriously though, how is Billibin so good?

Then we have this guy, by Nikolay Karazin and I gotta say, once again, I have no idea what's going on by I just love everything about this. From the horse and rider in the foreground, to the foreboding shadows contrasting against the light, to all the activity in the background from the additional riders at the bottom to the crows and clouds at the top. There's a lot of fear in this painting. The more you look at it, the more you feel it. 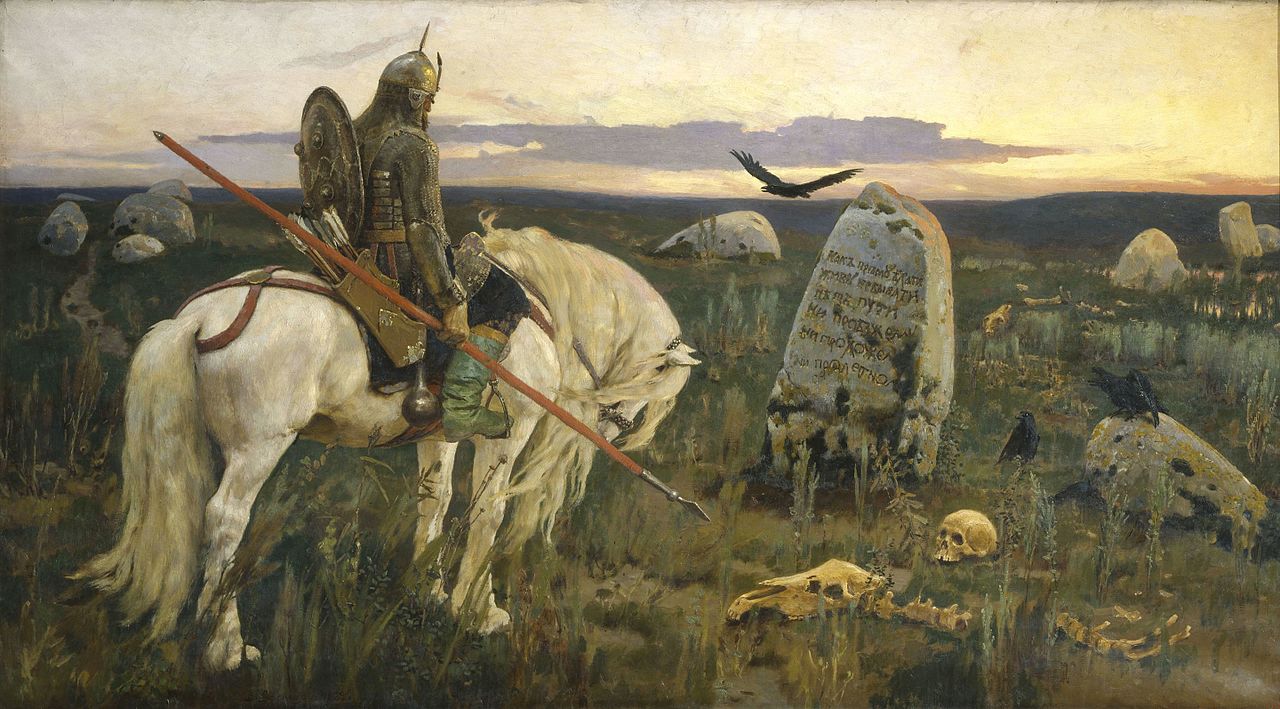 Lastly, here's The Knight at the Crossroads by Victor Vasnetsov. He's actually done quite a few paintings of Bogatyrs, but this one is by far my favorite. I have no idea what this painting is about, but for some reason it reminds me of Durer's A Knight, Death, and the Devil. In each one, I get the sense that the riders are just on the verge of giving up, but still have some fight left in them.

Bogatyrs. I dunno. I'm gonna call it a night.