You're damn right I made a lovely loaf last night.

You're damn right this post is named after the Bread biographic book.

You're damn right we're going with the Bread classic hit song, Make it with you as the theme of this post.

So throw on some Bread, find yourself someone to make it with, and relax.

I like hearty, old-world style bread. Bread that has some texture in it and has a few types of grains and is generally fiber-ous. None of this sweet bread nonsense this time around, this is a I'm a 17th century peasant kind of bread.

Whole wheat flour, primarily, with oats and millet thrown in and on for good measure. Start with yr yeast and water and flour. I had to add a bit more water than the recipe called for as initially the dough was much too dry and was clumping up and separating instead of staying as one.

Let this set for a while. I let it set for about 100 minutes near my fireplace. Good little loaf, I went for a run while this all went down. 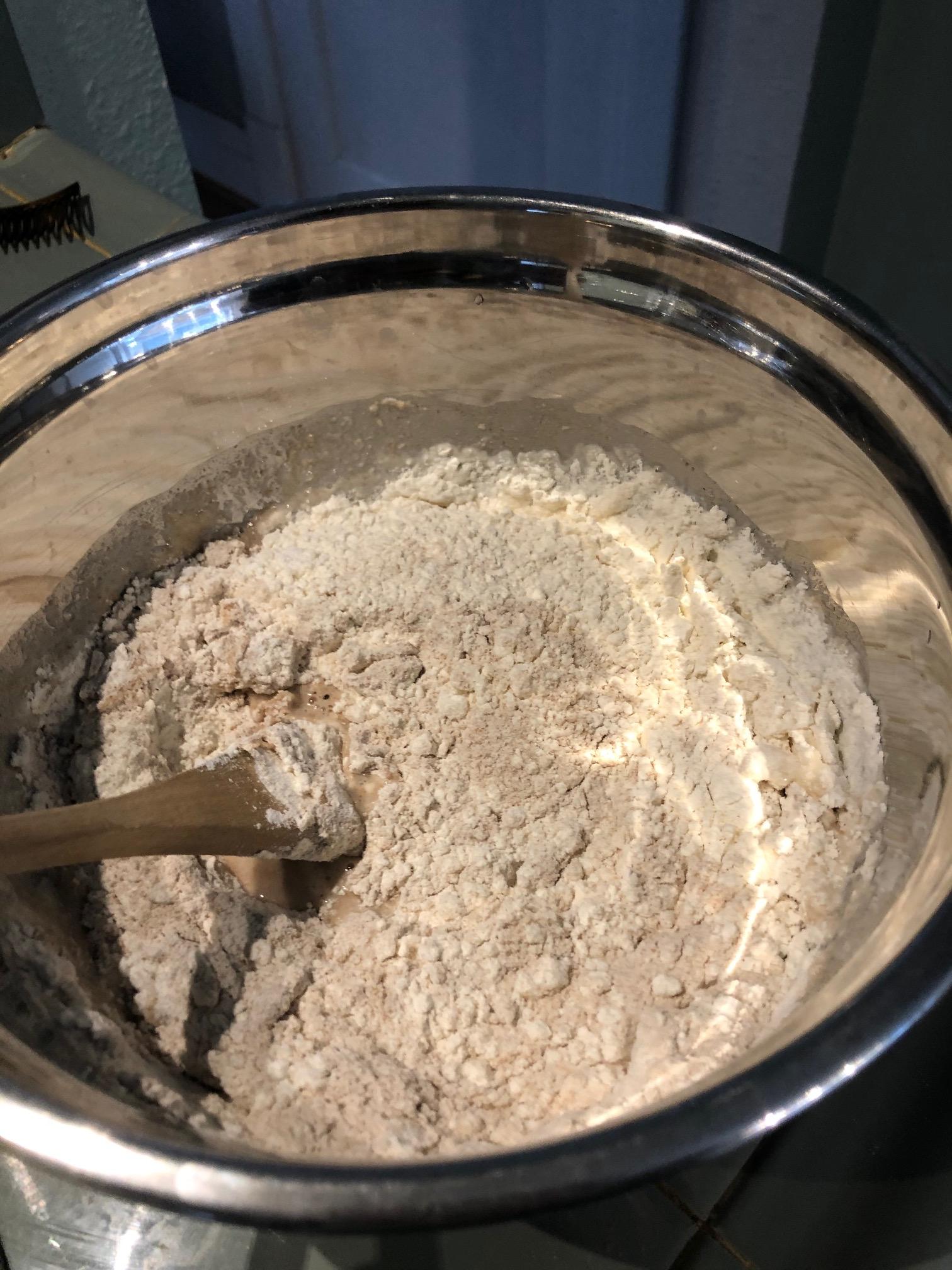 OKAY NEXT you add in your rolled oats, your millet, and whatever else is pleasing to you. Let this set for another 50ish minutes at room temperature. 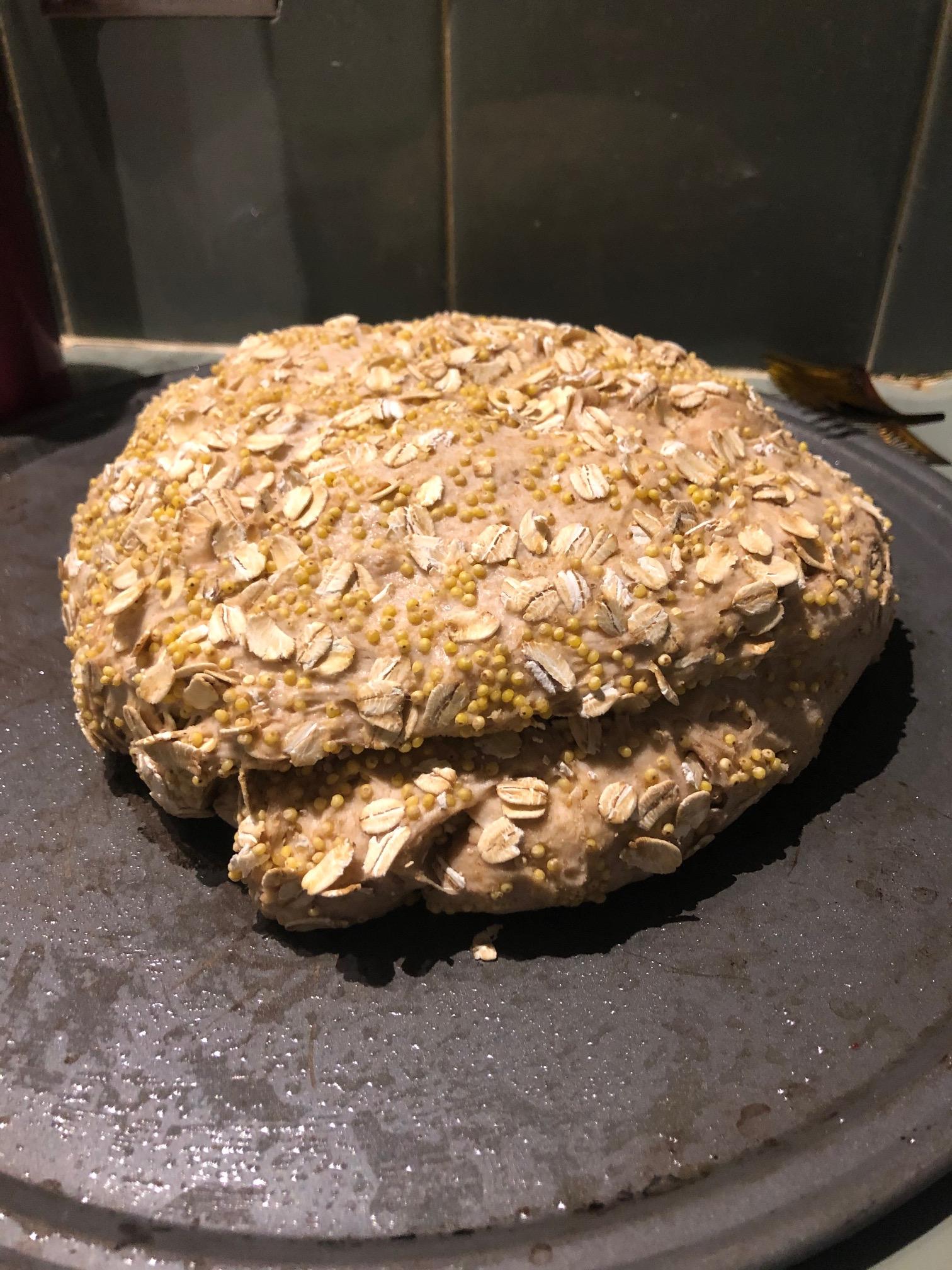 The millet adds a really nice texture if you ask me. But you're not asking me, I'm telling you. Bake for about a half hour at 450 deg F which is god-knows-what actual temperature in my oven. That thing is all over the place. 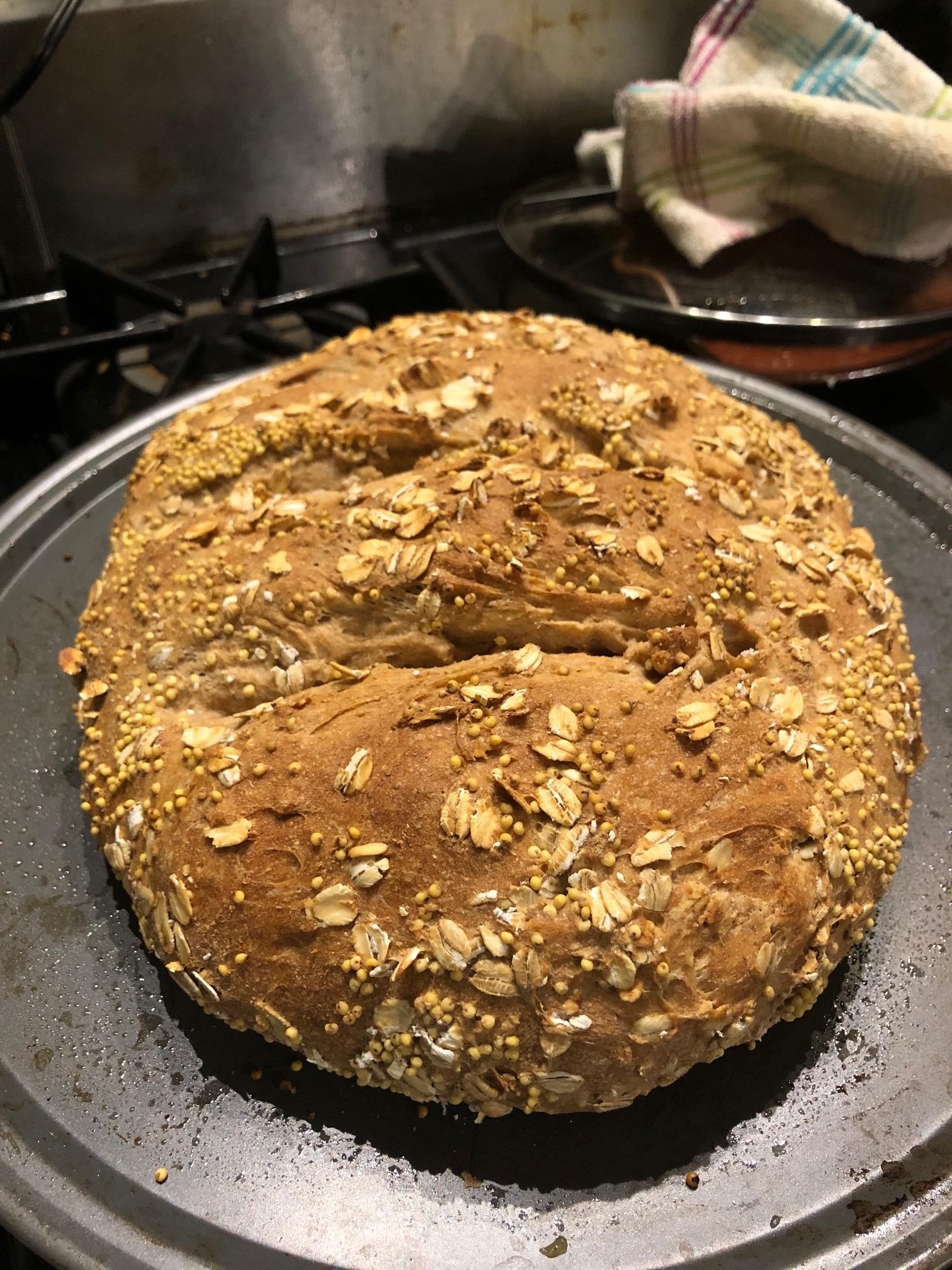 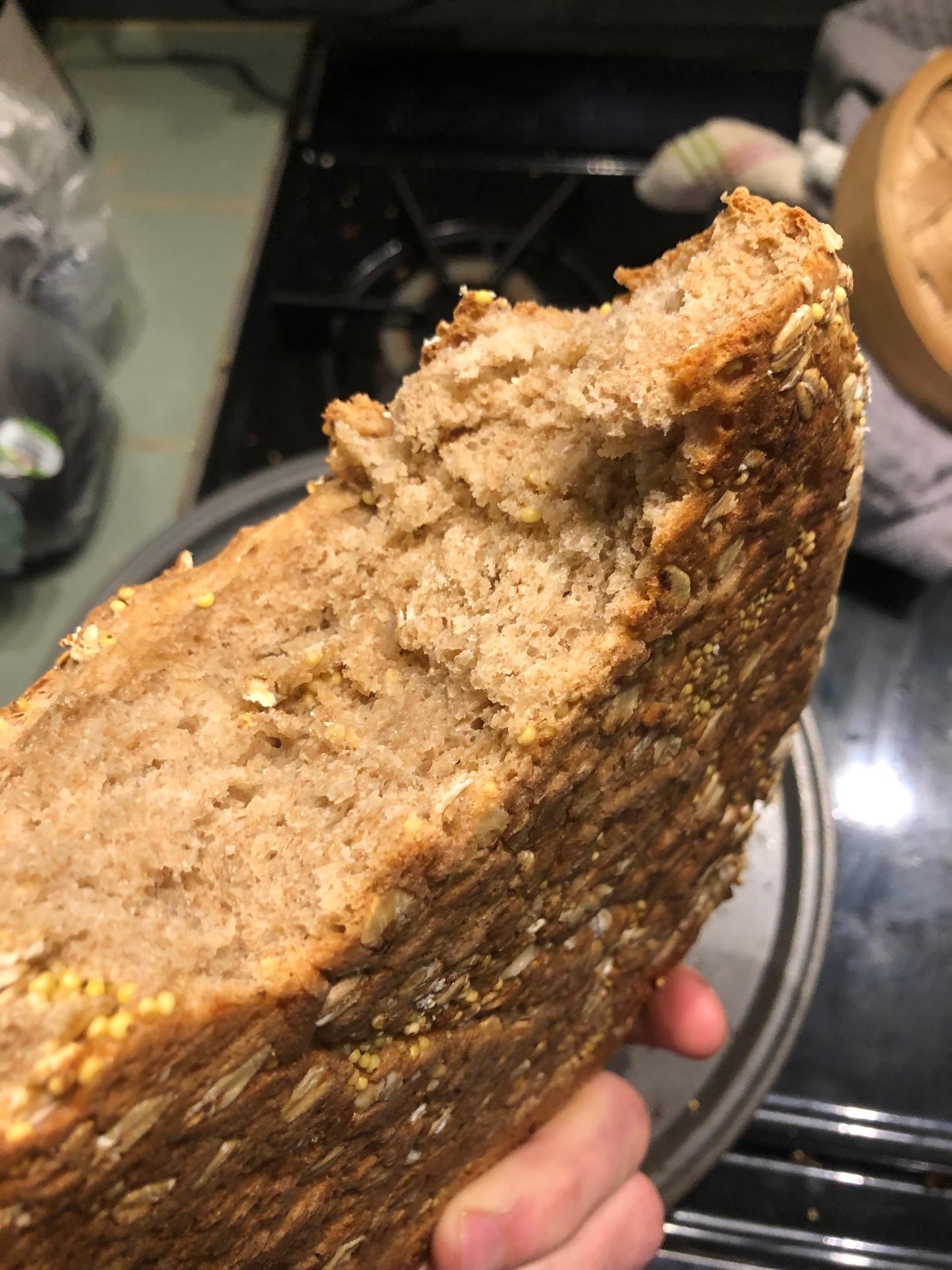 I would have liked if it rose a littttttle bit more, but the crust is crunchy, the interior is hearty, and I'm going to eat way too much of this in the near future.

Thank you for coming to my TED Talk.