'member when everyone was talking about the Netflix algorithm? It was going to change the world. Mostly, they used it to justify buying Marco Polo from Starz, which was up on billboards all over town until it came out and then it went the fuck away forever.

Netflix would like you to believe that they're subsisting off of Orange is the New Black and Stranger Things and House of Cards but they're not. Not even vaguely. 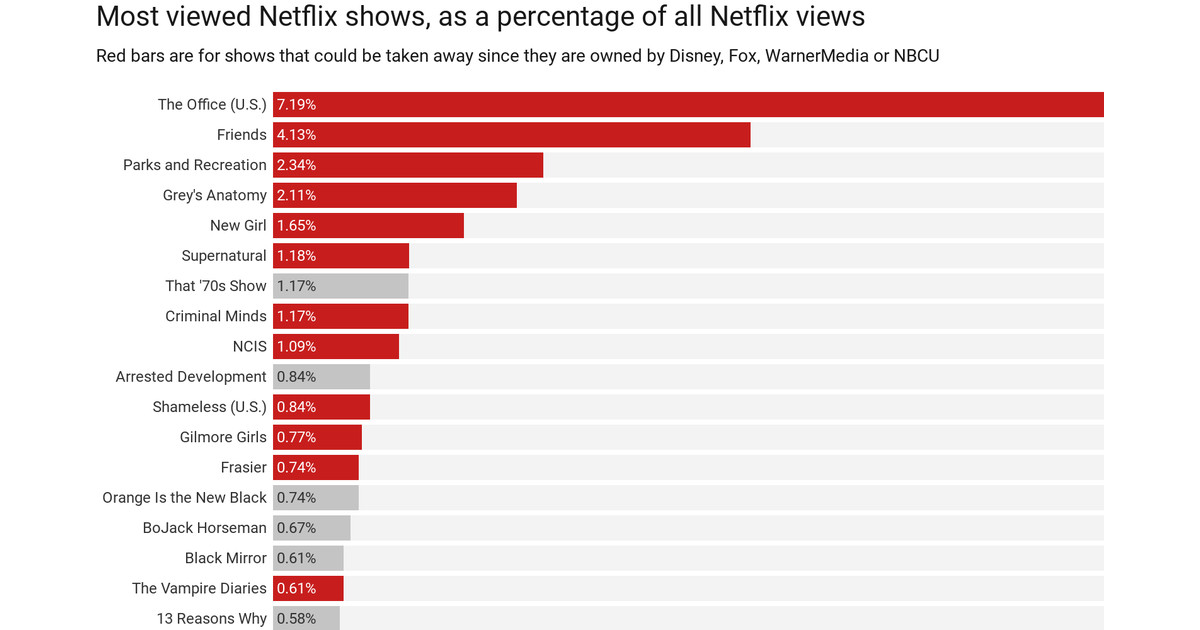 According to Jumpshot, the top 50 Netflix shows are 42% of all views. That means that 3% of all Netflix traffic is The Office. Netflix, for its part, claims that they are 10% of all television viewing. If that's accurate, then 0.3% of all television views are The Office. One in four hundred people watching TV are watching Friends. Netflix outbid Hulu for Seinfeld, which was paying $130m a year. Netflix owns it for 5 years.

Meanwhile they're rebooting Saved by the Bell because of course they are and three of my friends are about to start shooting Mad About You. Yeah. I'll bet you thought Paul Reiser was dead. The average American watches four hours of television a day and what do they watch? They watch reruns.

Friends has been off the air for fifteen years. Seinfeld has been off for twenty. And my colleagues are making their money shooting reboots of Will & Grace. I mean, fuck - people lost their shit when Friends was costing $5m an episode but at 18 episodes in a season, it would be cheaper to shoot a season of Friends than buy the reruns of Seinfeld.

TV is dead. The 'boomers are just fucking its still-warm corpse.