American kids, if they learn any semi-modern history at all, learn that the British and the Americans were friends and allies that banded together to beat the Nazis. And while the Americans and the British were allies, they weren't exactly "friends." Britain spied on the US and used selective information to get American foreign policy to work for them; Americans recognized that the 20th century was about the rise of America and the decline of the British Empire and did everything they could to hasten the UK's fall.

Take "lend/lease" for example. The Marshall Plan was a carrot/stick approach to remake the world in the American image; if you took our money, you took our form of government. The UK was ruined and took more than any other country but they didn't take so much that they were off rationing until 1955. This is something the Brexiteers don't really want you to think about when they mention the UK banded together to get through WWII - they essentially reverted to socialism to do it and if "no more bananas ever" is your vision of a dashing future, then by all means go shake Nigel Farage's hand.

There was a weird corner of television through an odd confluence of events: Morgan Spurlock's "Supersize me", a peculiar fascination with food in the UK and the rise of cheap production. As a consequence, there was a show called "The Supersizers Go..." (later changed to "The Supersizers Eat..." once the focus became obvious) in which Sue Perkins (eventually of Great British Baking Show fame) and Giles Coren, restaurant critic for The Times, live and eat as people from periods of British history do. FTA:

For example, an 18th-century “country gentleman” sat down to a typical dinner: First course of cod, some mutton, some soup, a chicken pie. Second course pigeons and asparagus, fillet of veal with mushrooms, roasted sweetbreads, hot lobster, apricot tart. Dessert a pyramid of syllabubs and jellies with white port.

The working-class dinner of the same period was, if you were lucky, a shin of beef, a small beer and a slice of bread.

Reader, the BBC did that.

Anyway. Their take on Blitz-era British food and life is a worthwhile 100 minutes of your life. It's easy to think that wartime is like peacetime with more bombs but it really isn't. And I think a lot of Britain has forgotten that. 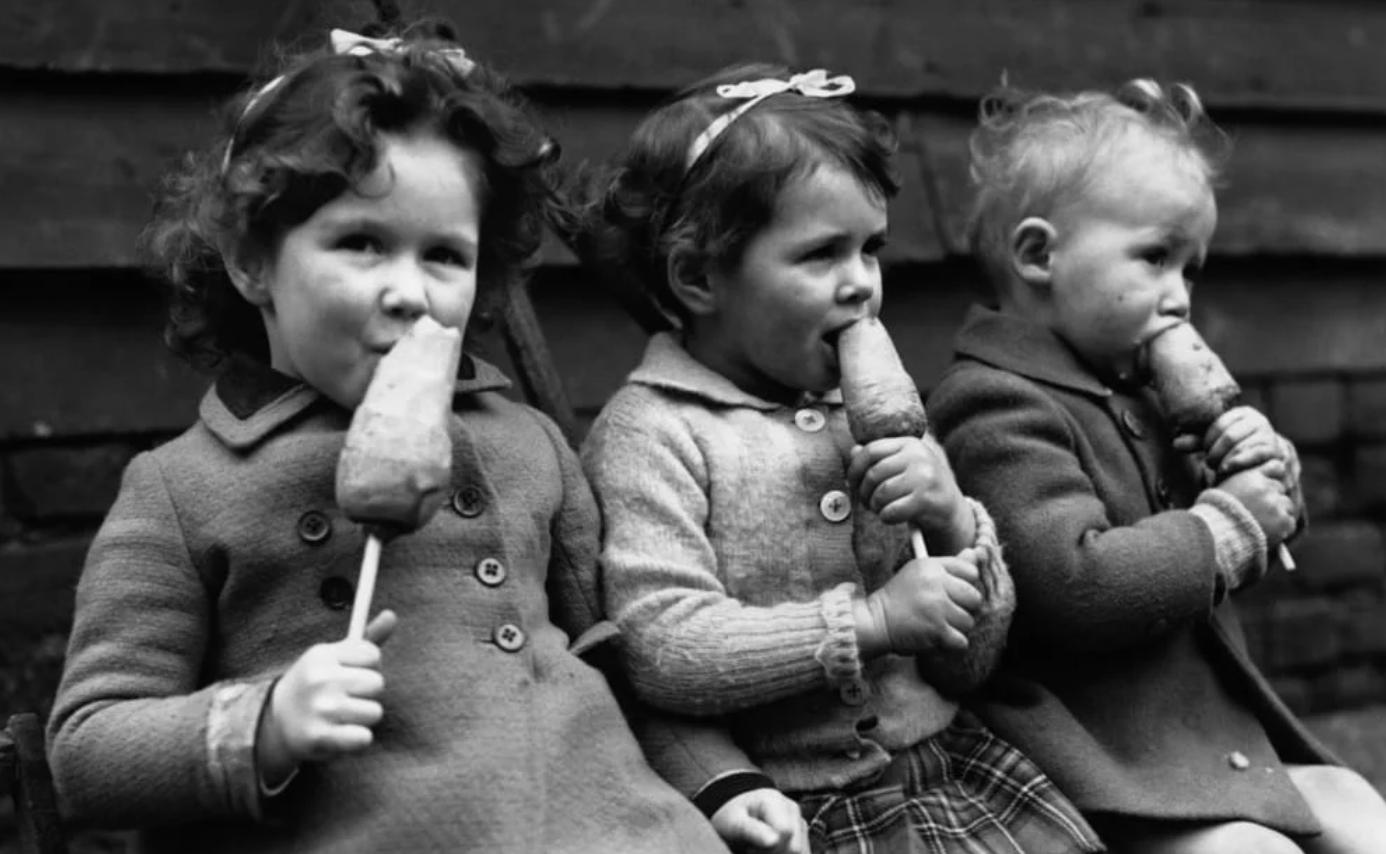