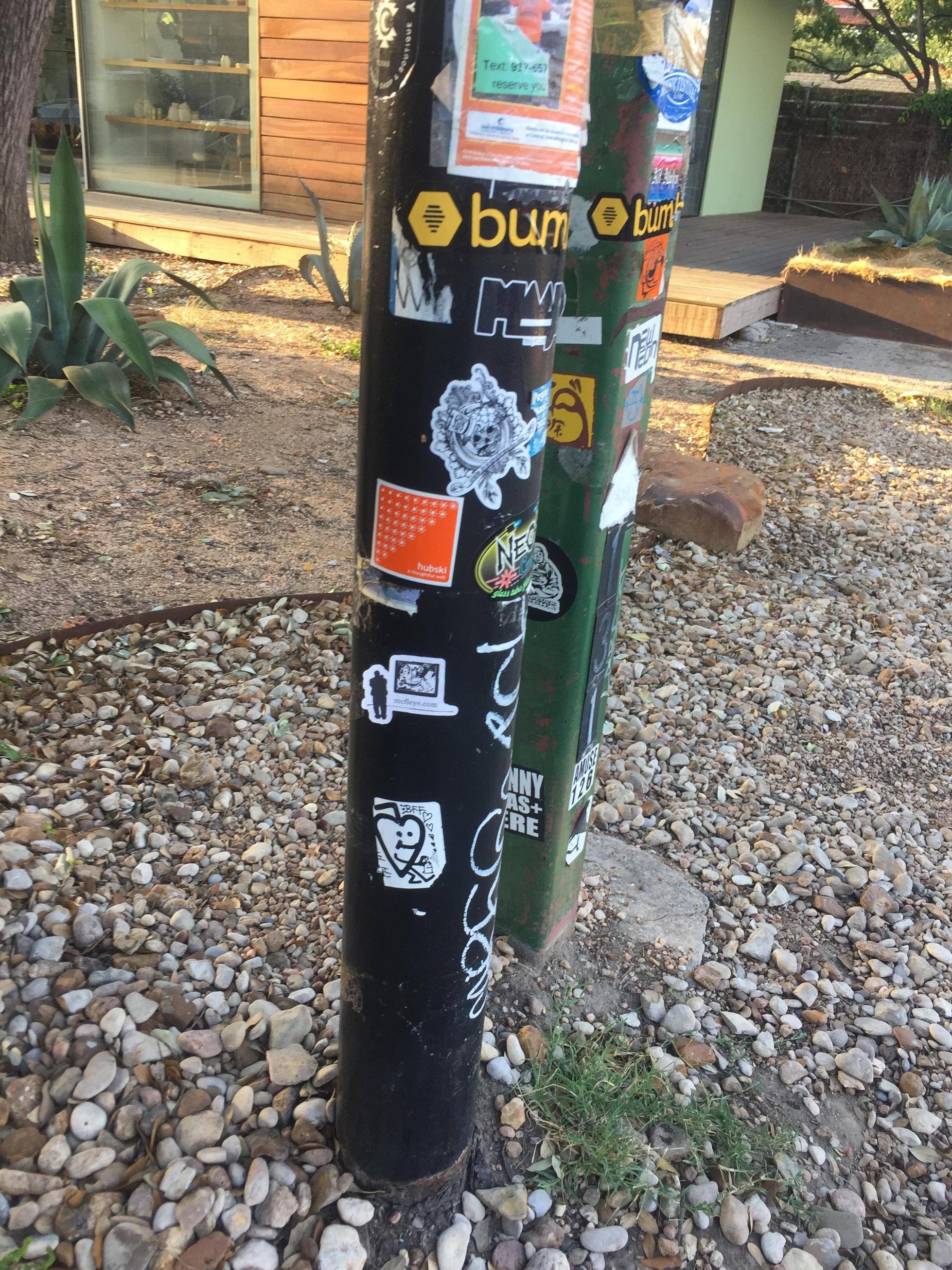 This is the sixth State of Hubski.

I can't say that know the state of Hubski very well. This year I have been more a user of Hubski than an admin, and I have not been as active as I have in any years previous. Within the last year, I quit my day job as a researcher to work on Forever Labs full time; this included a summer in Y Combinator, and a whole lot of travel. For this reason, and others, this has been one of the most transformative years in the 42 I've had thus far.

I am glad that Hubski is where it is at now before this year happened.

From day time I started Hubski, I knew that it would just be something that I do no matter what. That's not going to change. In fact, in some ways, I am in a better place to support Hubski than I have ever been. I have a feeling that Hubski can yet evolve, that it will evolve, but that the technology isn't there just yet. Hubski is and always will be a place for thoughtful communication. That is its purpose. I can imagine that we can better enable that, but I am not a fan of doing things just because we can.

Forever Labs is going to be no less consuming this year. However, I intend to make some deliberate improvements to Hubski, and I value the ability to swing in and chat it up with you all more than ever. You are family. Still, I have this odd feeling that Hubski is going to grow significantly one of these years...

Like I said, I can't say that I know the State of Hubski extremely well beginning this New Year. However, I suspect that it is as strong as ever; on my end, it is. 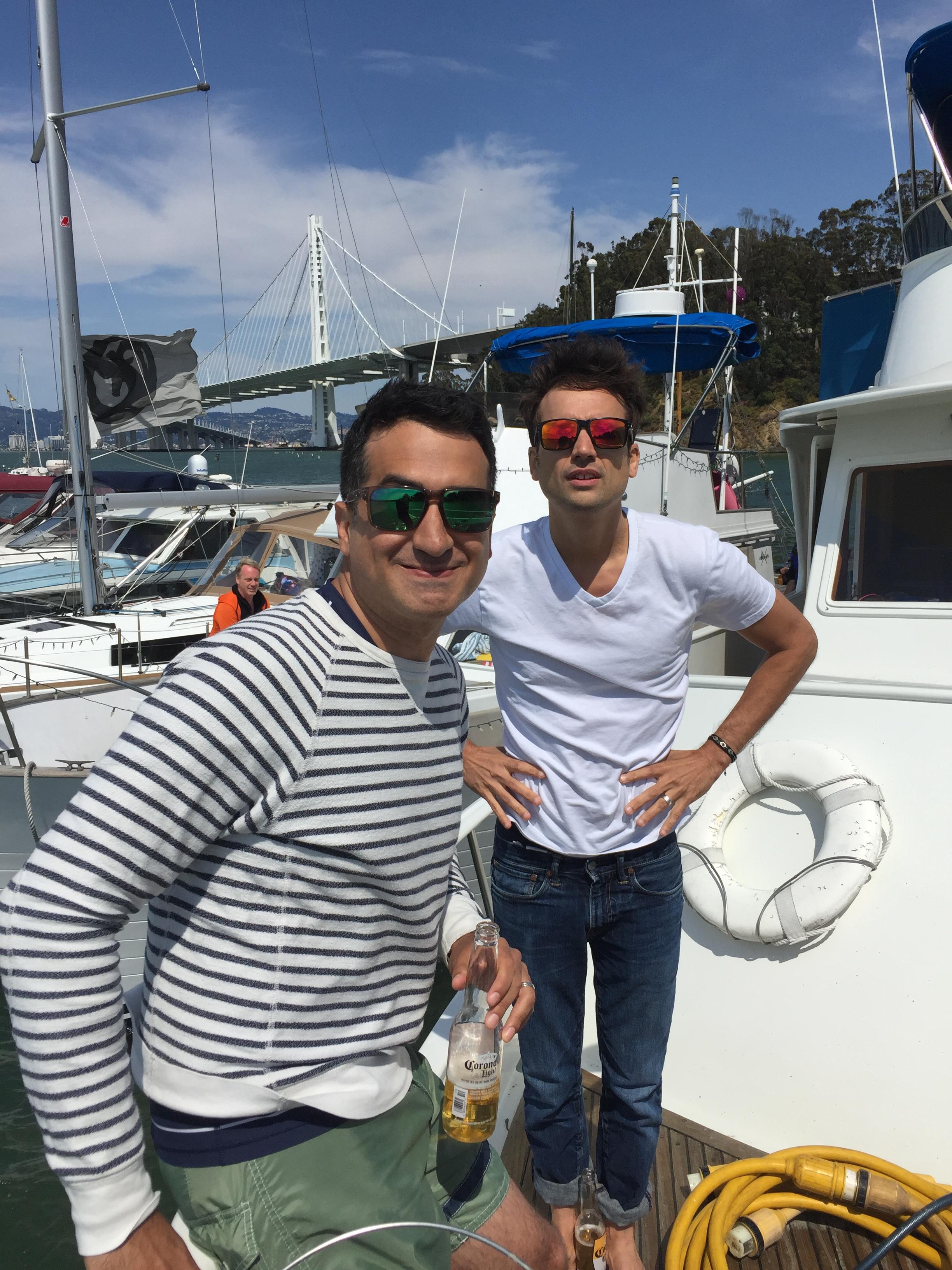 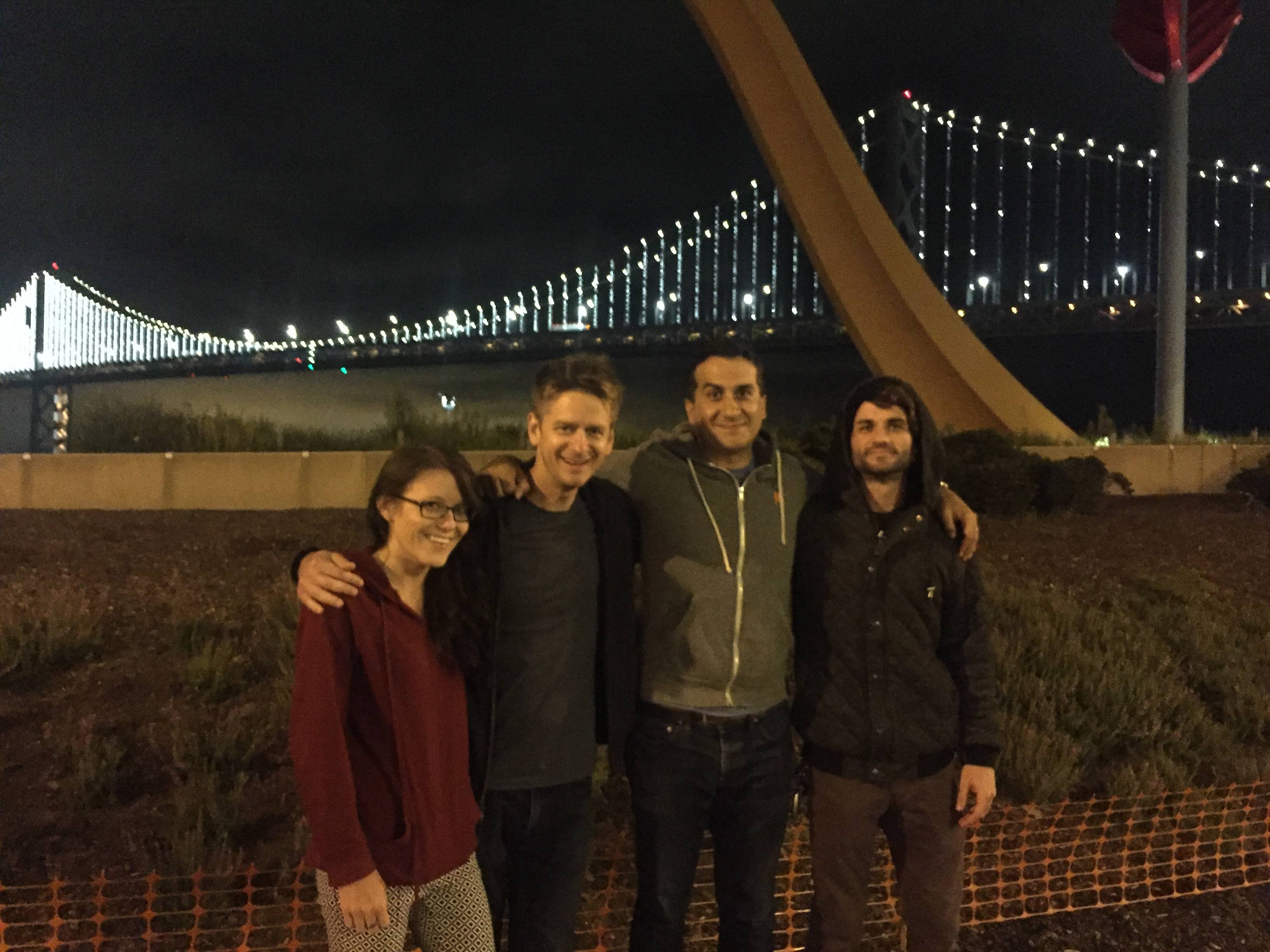 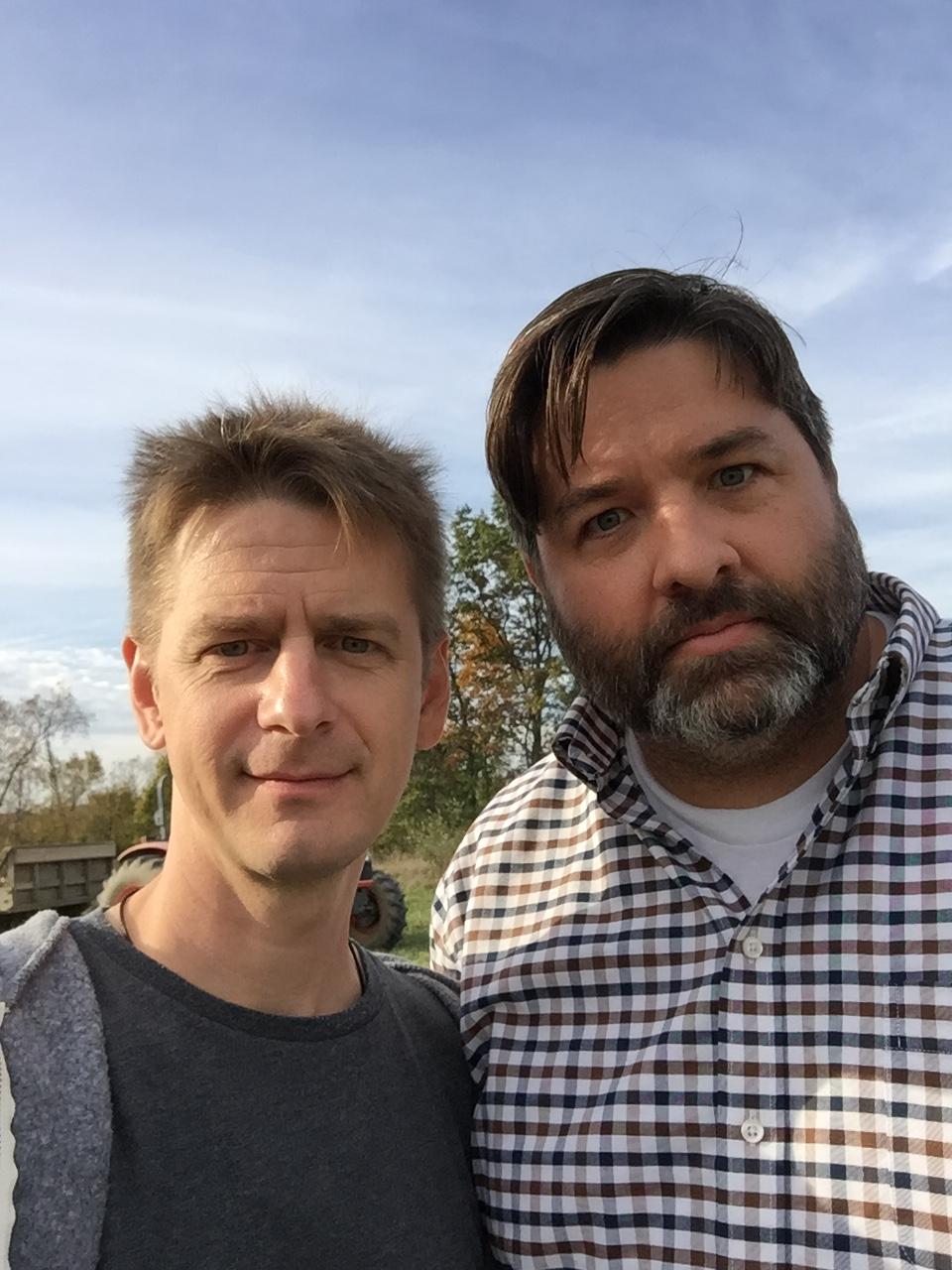 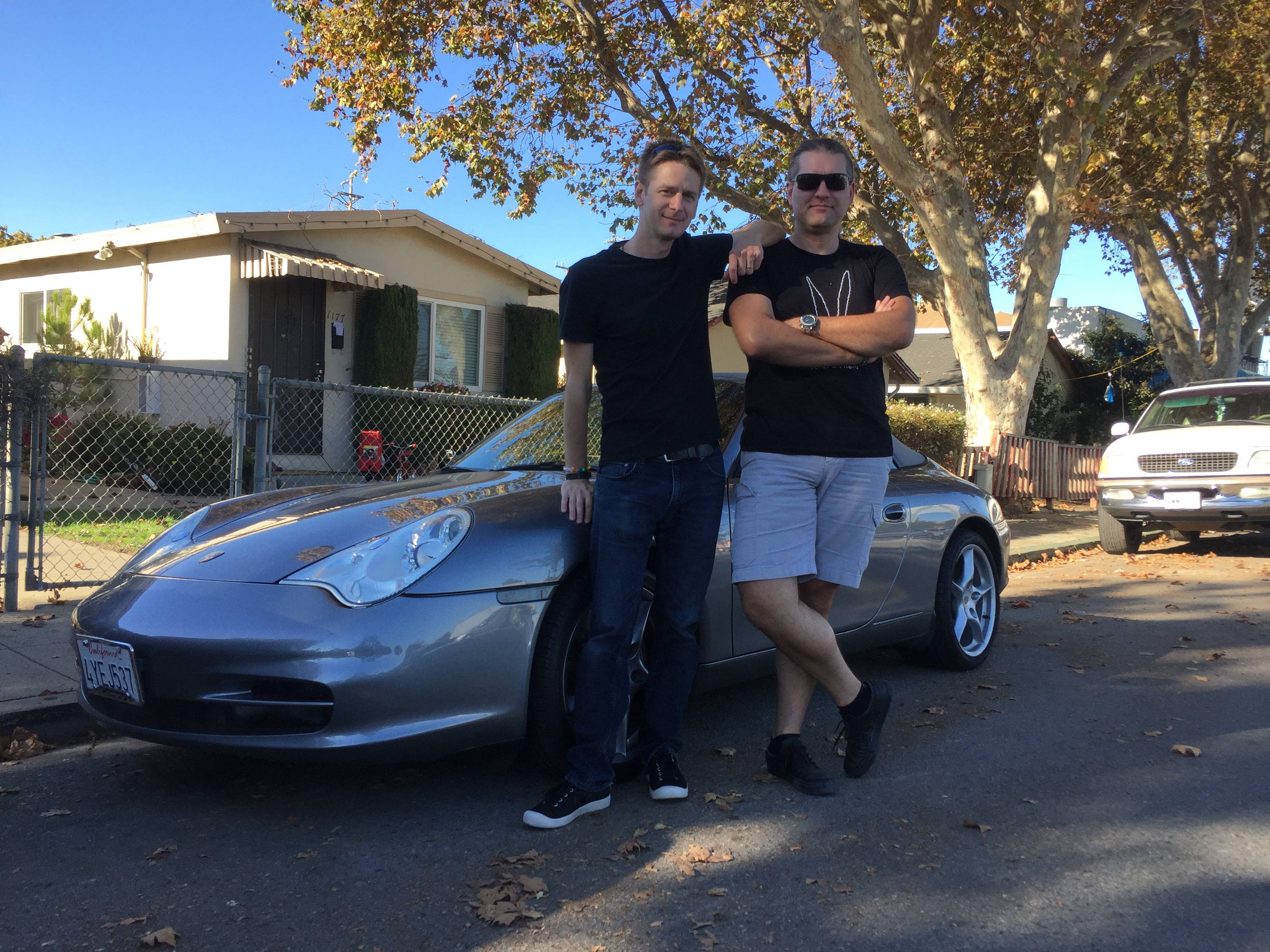 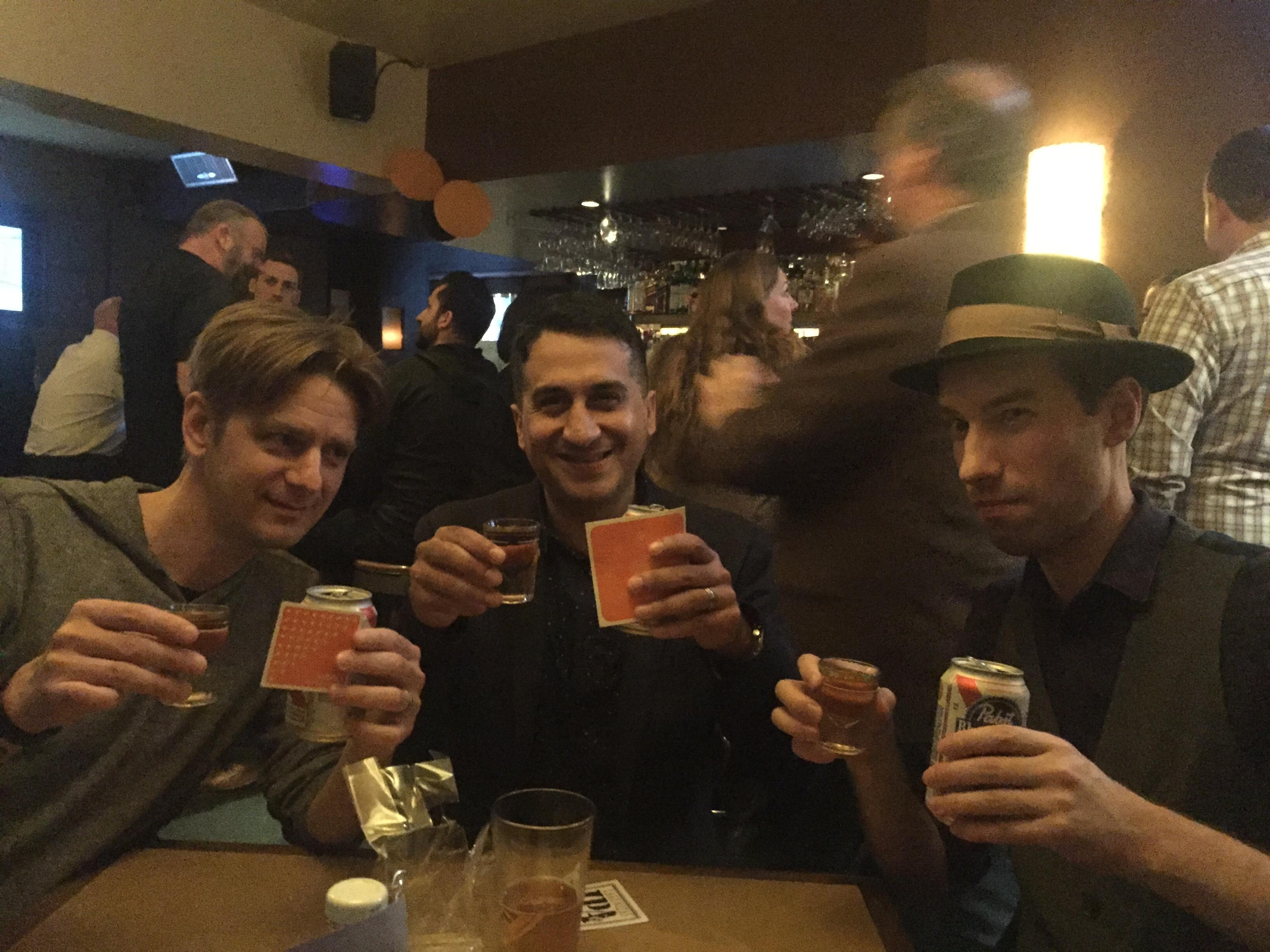 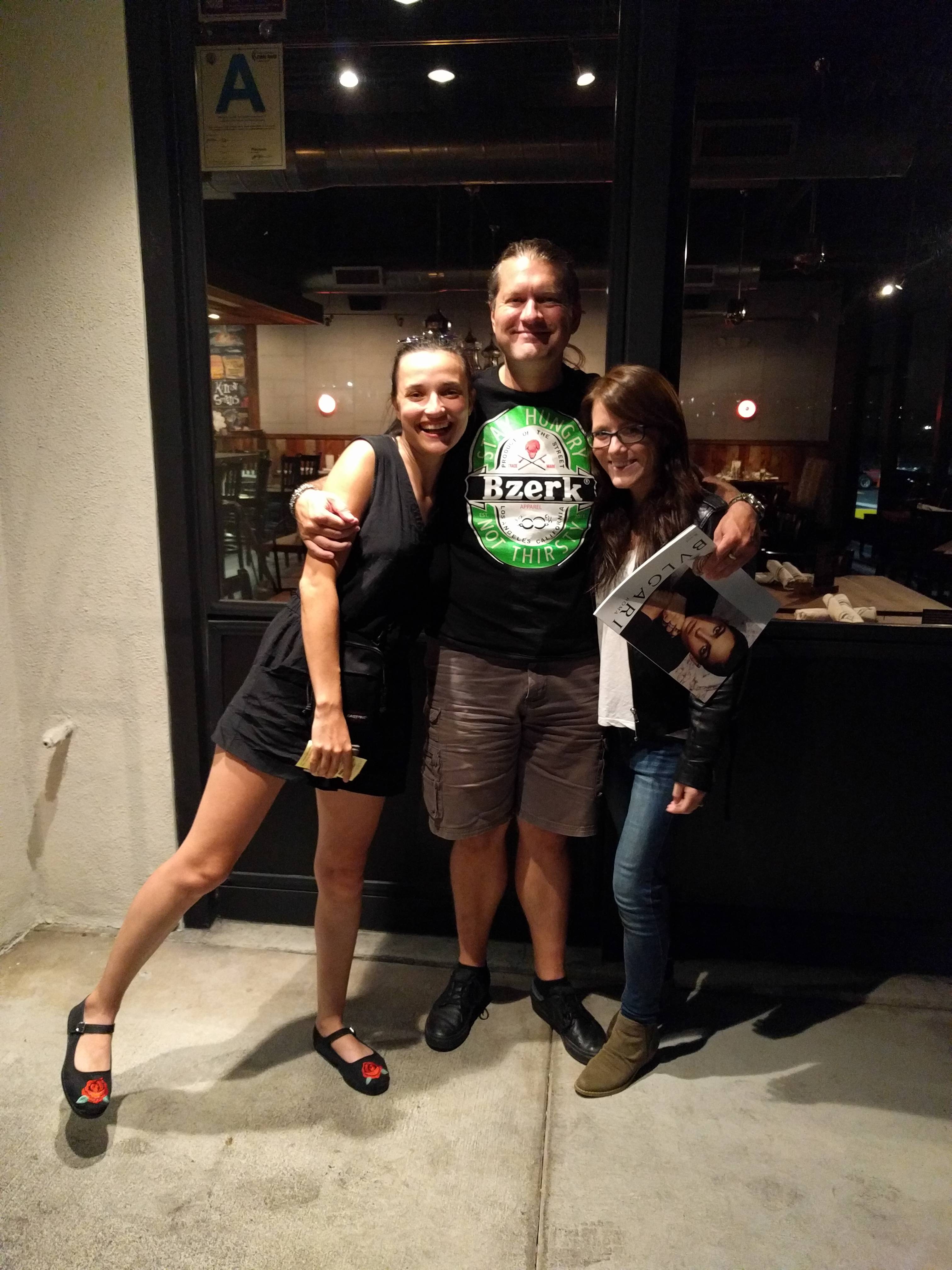 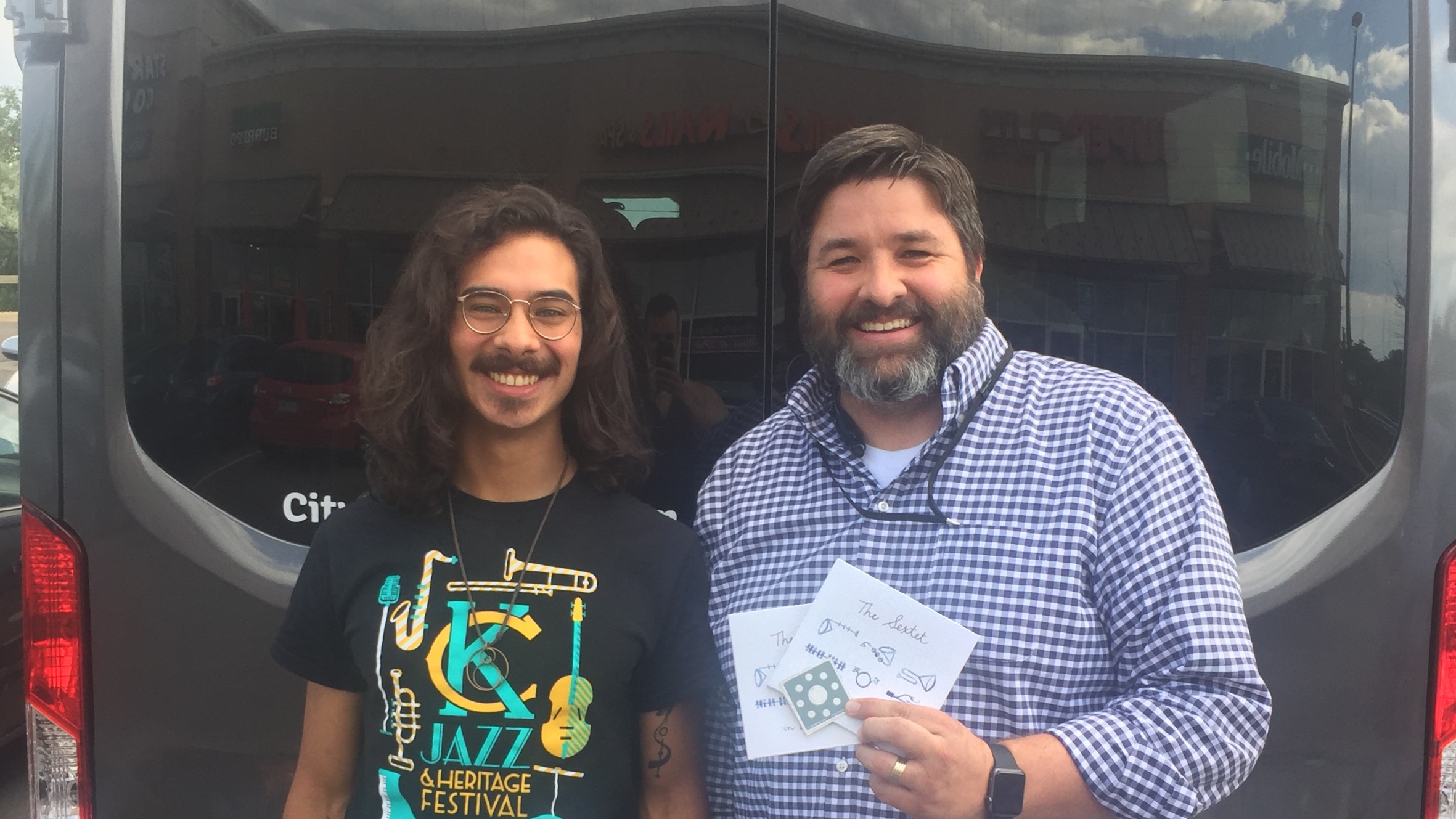 ...shall we acknowledge that 2017 was the first year Hubski paid for itself?

Thank you to everyone that donated!

Because of you, this aggregator doesn’t have to be.

What a year! Forever Labs, Y Combinator, new baby, I moved from NC to Michigan. All of these things have meant less time on Hubski. But, I take great comfort knowing that y’all are keeping the place strong and interesting. I lurk a ton. You’ll see my shares, etc.

I have had less time for music lately too, which in recent years has been a very big part of my Hubskiing. That will change. I began setting up my studio today. It’s not much, but with the help of my father I hope to build it in to a formidable music space.

Like mk said, y’all are family. I love you, Hubski. Very much.

Times have certainly changed. I mean, look at those photos. I’m standing on a yacht with ecib and mk and kleinbl00 are posing in front of kb’s Porsche.

When your website's appeal isn't contingent on your constant intervention, yer doin' it right.

Thanks for letting me pollute this place!

That last photo of BLOB_CASTLE and steve is great.

That CD I’m holding from BLOB_CASTLE is even better

This the one by any odd chance? Asking for a friend... cough

That one is even better, in my objective opinion

Both are in my car and BOTH are seriously amazing. If you like Jazz at all - give it a listen. You won't regret.

thank you for your kindness steve

the new album was listed on the top 10 albums of 2017 by KC artists by the prominent KC jazz blog. check out some of the other stuff there, it's a super solid list

Perfect. Thanks for linking!

lil, nowaypablo, am_Unition, _refugee_, and everyone else: how’ve y’all been? I missed you!

I miss meeting up with my internet friends. I had that thought the other day.

I'm good, man! Really good. And it's great to hear from you. You're still one of the only other Texans on the site. The only other one I know of is flag.

How's school? Mine's terrible! But that's what happens when you're still taking classes at age 30. Last class of my life, at least, and the subject matter is stuff I'm genuinely interested in, but c'mon. Hopefully you're not so jaded yet.

My school's been great. I hate most of my peers, but Ive gotten to the point where I can ignore the people who don't matter and focus on my friends and studying the things I care about (doesn't hurt that I have 1 required class left).

The class is Biological and Molecular Simulation. I have procrastinated quoting the exact name up until the time which it is no longer possible to ignore it. Sooooo right about now.

Yeah, fuck your peers. They're not your peers when they think that you're undermining them with your general underaged-ness. I think Devac can relate, he's about as close as I've seen to you in terms of advanced placement.

Drinking is overrated, and dulls the senses. So yeah, I love it. I do it too much, yet still I make limited progress, despite myself. If you can find a way to stay sane without it, you'll kill your competition handily. And your competition probably had it coming.

I think people are too worried that I might actually be autistic to joke about it. Seriously.

Did you start university somewhere? Are you already in second year? Wow. I'll add an update.

I’m in my third year! In March, I’m going to Germany to start work on an honors thesis and then do an exchange semester.

I have also been on and off this year on Hubski but every time I come back I am relived to find out that many people I like are still using it, new ones have come and the discussions are still great! Soon it will be 4 years since I joined Hubski!

elizabeth do you have that photo of us at the Burn? 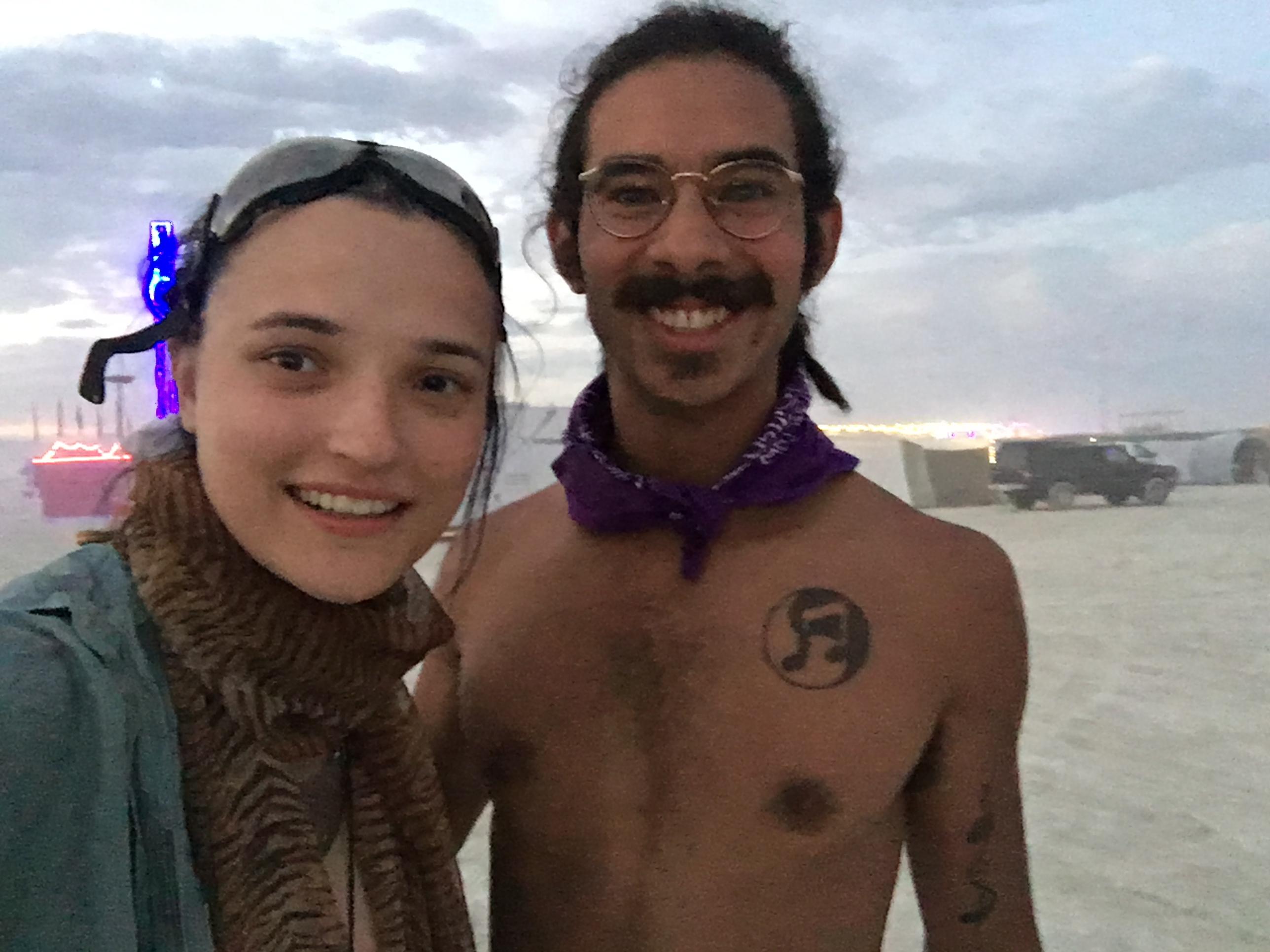 I'm glad that this place is still going and I'm glad it paid for itself!

For myself, I haven't wanted to write here very much, but I've enjoyed lurking and adding the odd little comment. The community remains great.

The reason I haven't been writing is that the site still isn't really good as a writing platform. Because the new post links inevitably expire before I've finished a decent-sized post, I have to write it someplace else anyway. At that point, I may as well put something long-form on e.g. Medium and then link it here. It's also something that prevents me writing long replies, since I have this nebulous ticking clock in my head any time I reply, since I don't know how long I can write before the link expires. Here too I don't want to have to fire up another text editor and then copy and paste it into hubski.

The fix I use for that problem is to copy everything before hitting the contribute button. Then, if the link is expired, you just refresh and paste the text where it was, and voila! I do it even for short replies like this one, because there doesn't seem to be a hard time limit, but just a greater chance of expiring with every passing second.

I guess, but frankly, why is that still an issue on this site? I have never been to a site that does this.

my hubski use has shrunk to trivial, but i want to mention that performance-wise the site feels better than ever.

That is thanks to rob05c. It is peppy.

Care to elaborate on why? Is it a time issue? Or the way in which the timbre of the site has changed? Something else completely? IMO, there's been a shift in the way people use Hubski in the last couple years that could be off putting to some and appealing to others. Don't want to make assumptions about your reasoning, however.