Walking to school, we played a game. One player would pick a number up to 100. The other player would try to get that number down to 1 by following the rules:

Continue: 20, 10, 5, 16, 8, 4, 2, 1. Sometimes numbers would get into three digits, testing the limits of our mental arithmetic. Other times we would land in a familiar chain and quickly work our way down to 1. Neither of us was able to find a starting number that prevented the other player from eventually getting to 1 (or else getting stuck in a loop different from 1, 4, 2, 1, 4, 2...).

No one else has been able to find a starting number that does not reach 1 either.

I was tipped off to this game by some light bathroom reading but could not imagine how deep this rabbit hole goes.

The Collatz Conjecture, that all positive integers eventually reach 1 in this game, seems to have been first considered around 1950 and began distracting people in earnest in the 1960s.

Shizuo Kakutani remarked “For about a month everybody at Yale worked on it, with no result. A similar phenomenon happened when I mentioned it at the University of Chicago. A joke was made that this problem was part of a conspiracy to slow down mathematical research in the U.S.”

Stanisław Ulam carried the infection to Los Alamos. The legendary Paul Erdős said that “mathematics is not yet ready for such problems.”

A distributed computing project tested starting numbers in blocks of twenty trillion and verified that all values up to 2^58 eventually get to 1. But no one has found a proof.

A complex function that encodes the conjecture generates a pretty fractal.

Numberphile covered the strangely organic shape of a Collatz graph. And, as often happens, just before posting I find that mk has been down this road before.

I've "wasted" happy hours with this.

Wrote a post about it when I was writing a blog for the Norwegian national math education center:

Is there a graph version with the number on one axis and the number of steps until 1 on the other axis? Or would that look just unintelligible?

Greetings from The On-Line Encyclopedia of Integer Sequences! That second graph is so cool! I decided to make my own real quick:

I made these: https://imgur.com/a/77NLR but it's kinda repetitive. It's a collection of paths of equal length. That is, at each picture you get all path the length of n, with n up to 23.

But I got a different idea: draw random shapes using Collatz paths! So I made this little script using Python's module turtle.

You can run from command line with:

Depending on the number (I tested it for fairly low ones), the different path will be drawn. It's also unlikely you'll get a repeat because the turtle's turns are randomised. Play around, feel free to change colours or zazz it up as you see fit.

Here are some outputs, ordered by the complexity of shape (subjective): 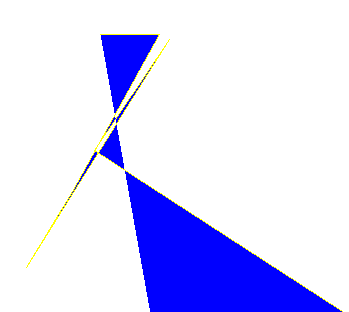 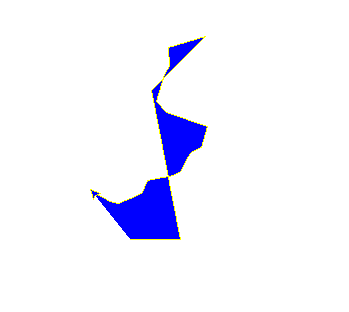 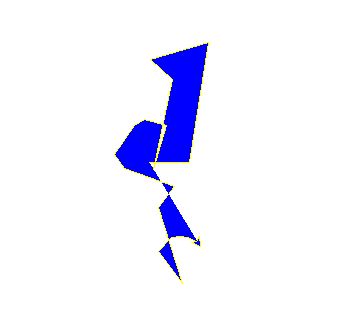 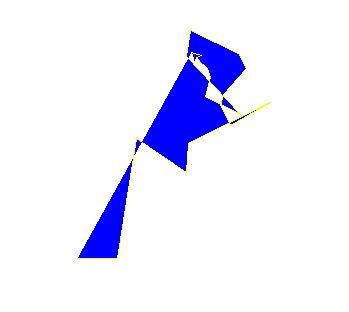 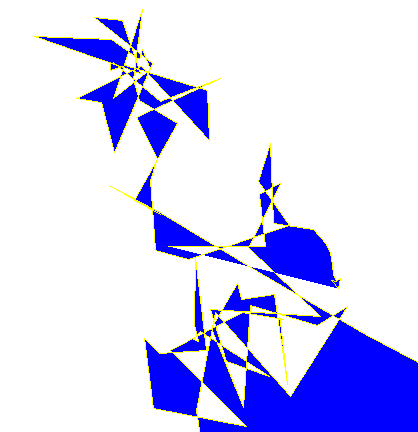 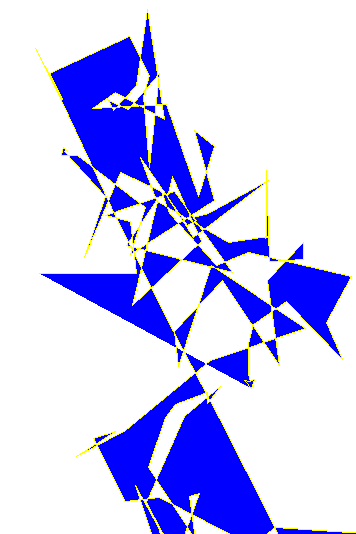