Training: I'm working toward a November full marathon. I ran a very flat half marathon April 1, a 20k May 6, and a half marathon May 28 (after a 10k the night before). From the half at the end of May through mid-July, I was running 20-25 miles per week before ramping up to 30 mile weeks for the last few weeks.

My heart rate stayed in a good range until the very end when I pushed hard up the last hill and toward the finish.

Physically I feel really good. This was my sixth half marathon and second time doing this one. I trained a bunch last summer, and I don't think I trained more this summer. The difference seems to be the consistency. A year ago, I'd been doing long runs for a few months. Now I've been doing them for over a year. My muscles are used to it and able to support it without hurting my joints. I didn't have any pain during or after the run.

Finish: 1:55:45 is my official time, a full two minutes faster than my previous best. I'm very satisfied with that time. A flatter run in cool, dry weather would probably see another two minutes off that time.

Event review: Last year there were no starting line porta-potties. This year there were. Big improvement. This run coordinates with area organizations (a dance team, a swim team, a cross country team, probably some others I don't remember) to run the aid stations. It's really great because it's a whole group cheering and helping. They're really supportive.

It's a well organized race. There were almost 2500 finishers.

Will I do it again next year? Probably.

It entertains me no end that "extreme sport" jelly beans are a thing.

That's why I wrote the whole thing out. It's a bit silly, but I find they work for me.

That is a great time, congrats! I am also hoping to be able to run a full marathon one day. Ran my first flat half marathon last year in July and my second one this year in May. It was a much harder one though with 3 steep parts:

The last one took me 02:15 to finish. We were very lucky, it was around 25°C and a little bit windy. I like warm/hot runs more than cold ones and the views on the course were beautiful :)

There is particularly hard marathon in the city I live in which they call a "trail" marathon. 1500m elevation on narrow trails through the forest. I think I will try to train for it for next year.

Even though I like warm runs, I tend to run more often in winter. Are you more or a summer or winter runner?

Thanks! I'm really happy with how my race went.

That trail marathon looks tough. That hill starting about 30 km must punish many runners. There's a trail run here at a great park, and I'm thinking of trying the half marathon next year. Do you prefer trail runs or road runs? I mostly do roads, but trails intrigue me.

Are you more or a summer or winter runner?

I prefer spring and fall. Cool but not cold weather is perfect for me. I run through the winter as much as I can, and I may try to keep up my long weekend runs. What I do prefer in winter is hiking. There's no mud, no bugs, and the crowds are much smaller. I like to say running season is March through November, and hiking season is August through April. They keep me busy.

That hill at 30km is very intense, specially because part of it is a stone stairway with 850 steps (see picture) that is called "Himmelsleiter" (Stairway to Heaven/Sky) 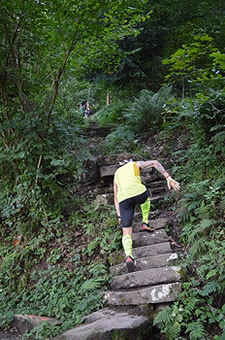 Walking it up by foot is already pretty hard, running it up is insane.

Also interested in Cumol's thoughts. Trail running is such a different, and, in my mind, even more amazing experience than road running.

There's an association with nature that's largely lost when you're running on pavement. Trail running is taking over road running for me.

And again, we seem to have a similar view on things :D

Trail running is more fun and very different than running on roads. Running on roads is like meditation, first my mind wanders around being busy thinking for about 20-30 minutes. Then, it "declutters" (no idea how to explain that) and my feet are just doing their thing and my head feels clear. Beautiful experience and necessary to balance my days in the lab.

Trail running is very different. I am hyper-aware, jumping around, adapting to ever changing terrain, changing speeds, constantly going up and down. For some reason it feels more natural to me than road running. It taps into a similar place like rock climbing does, to me. As if it is rooted in a place deeper in my brain and it feels "right" doing it.

I tend to run more often in winter.

How...Why... Who would do this to themselves? I hate running in the winter!

I keep asking myself the same thing... My explanation is this: in summer, there are other/more fun things to do outside that I cannot do in winter (like rock climbing).

My schedule tends to declutter itself starting november and stays pretty stable and predictable till about march. And since I go running with a colleague of mine, it becomes easier to sync our schedules and go for runs together.

An additional factor, winter seems to affect me pretty badly in Germany. I get stressed faster and my mood suffers from it. Running helps against the stress and mood swings.

edit: AND, running at -10°C next to a partially frozen at dawn is damn majestic. 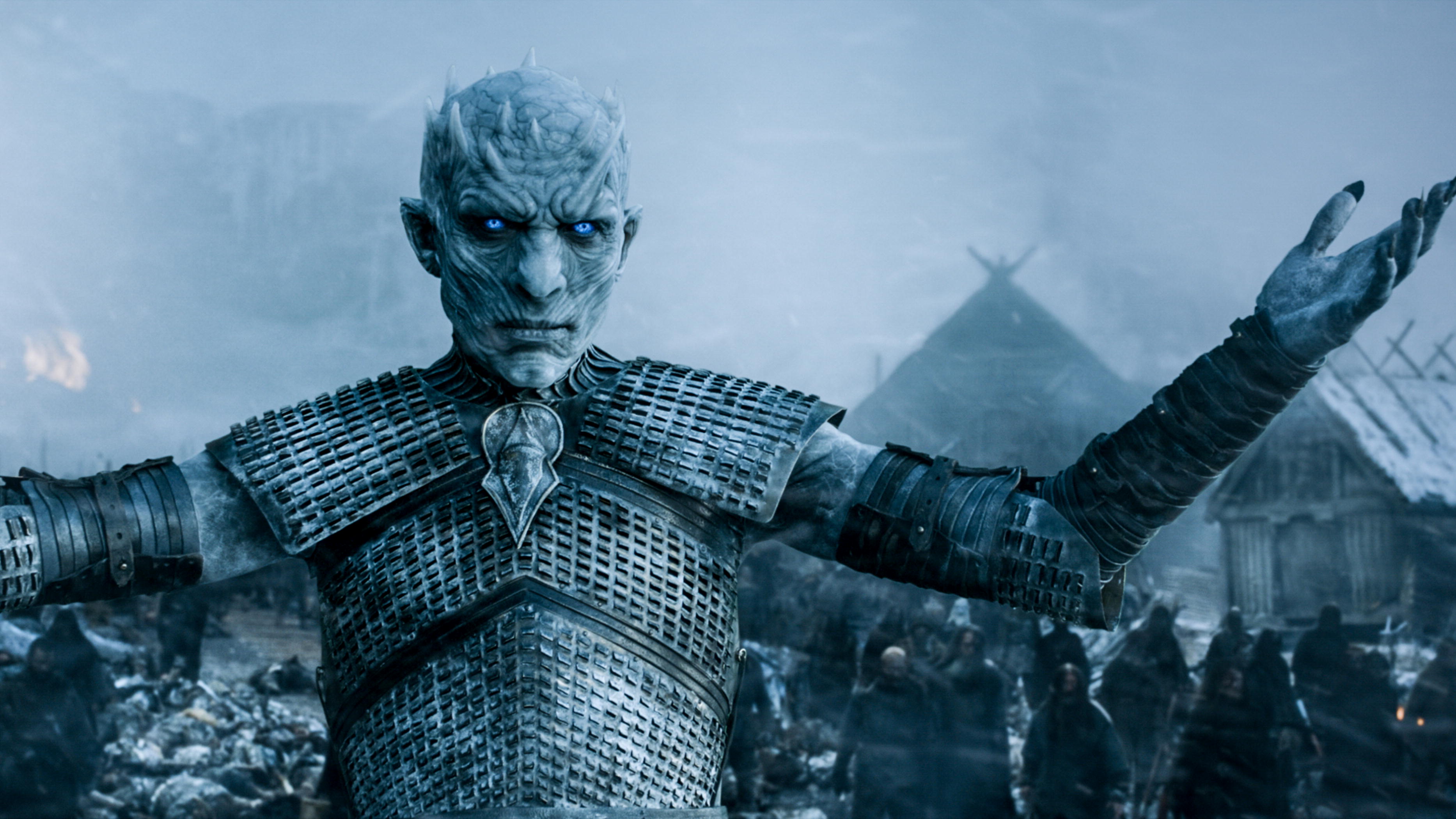 I bet he is fine in winter. The only swings this guy gets in winter are those of FUCKING HUGE SPEARS KILLING DRAGONS FUCK HIM.

ok. I was really sad yesterday.

That's a great time, congrats! The no porta-potty thing the previous year seems like a nightmare. What's the course like? Is it along streets in downtown Madison or a bit more rural?

Those Jelly Belly "Extreme Sports Beans"...I never knew those were a thing. How do they differ from edibles like Clif Bloks?

The course is pretty nice. It starts on the university campus, heads up to the Capitol building, and down State Street (a quasi-pedestrian area). Then there's some boring areas (student apartments, residential) before going into the university Arboretum. The Arboretum is really pretty and feels secluded despite being so close to town. After exiting the Arboretum, the course cuts across a residential area to reenter campus, first following the lake shore path along Lake Mendota before turning back into the main campus streets and back to the finish.

It's a nice course. Most of these areas are staples for long runs. The Arboretum can be used with little impact to traffic or residents. The same is true of campus. My only minor complaint was there was a fair bit of concrete. It was mostly asphalt, but State Street and the campus roads at the end were concrete.

I find the sport beans are a good snack just before my run. They are easy to eat with no water, as long as I'm already hydrated and not running. I tried them during a run and didn't like them at all. Way too much chewing when I'm trying to breathe. For that, I use Gu and recently started experimenting with the Clif Bloks. Both are better for me to eat during a run.