UPDATE: PLEASE NOTE ALL PIECES ARE NOW BESPOKE (which is awesome, thanks guys!)

Should any become bespoke I will update the picture header ASAP & with the user who called it first. Because I'm anticipating such high demand.

As an FYI for those fretting about the potential cost of S&H I was able to ship a painting to MI for like, $8. And it came pretty quick too, dinnit, OftenBen ? International shipping, on the other hand - well, why not plan a holiday trip to the US instead? (AKA I got no clue what internat'l to anyplace would be.)

All I want is for people who like the paintings and will hang them and look at them and smile and maybe even love them, to have them. So if you're one of those sorts, peep up, peeps.

All are 16 x 20 inches, acrylic, canvas, wooden frame. Most are paint by numbers.

If you tried you could probably even convince me to comp S&H so long as you made a comparable donation to the great 'Ski here. 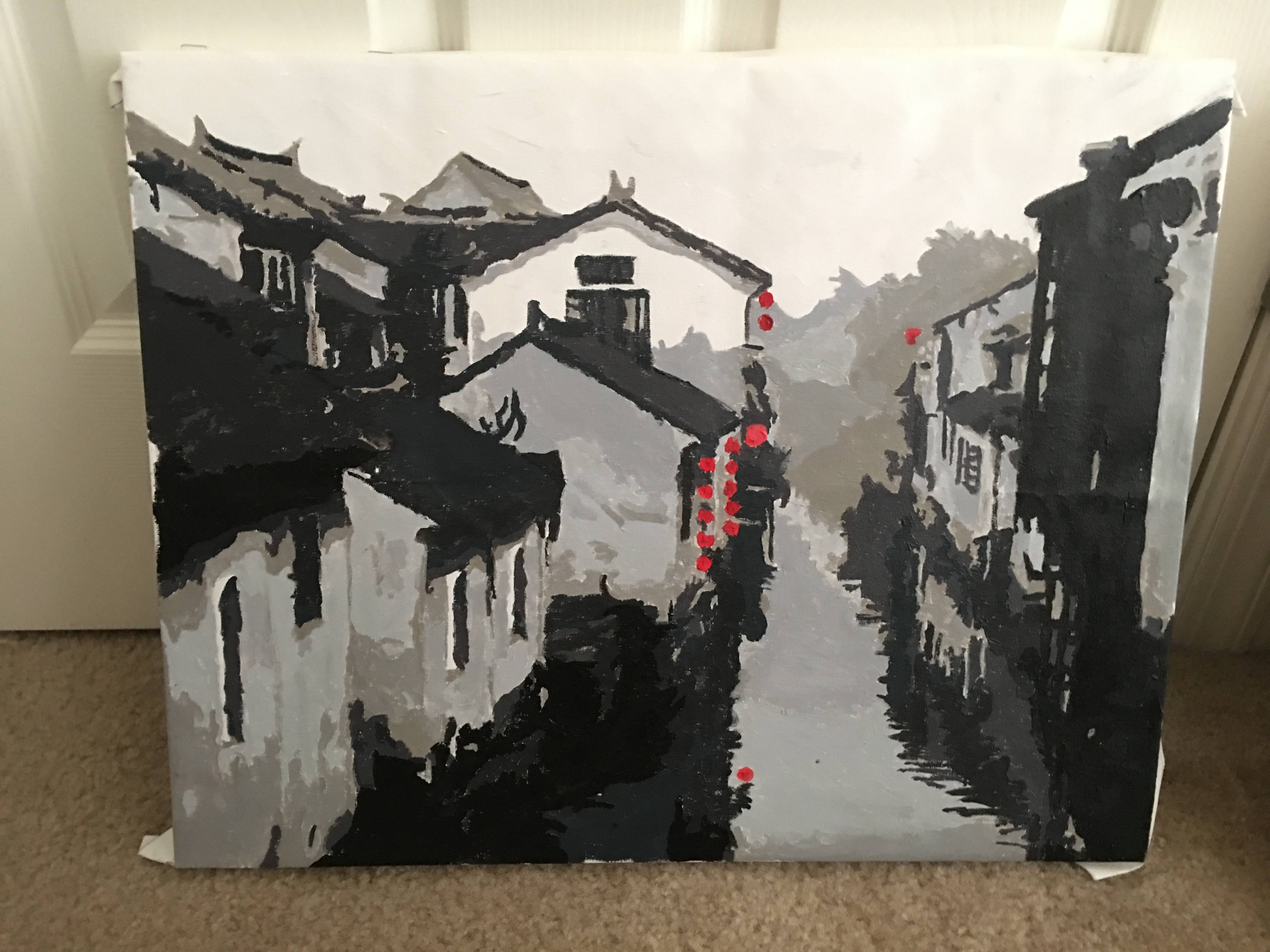 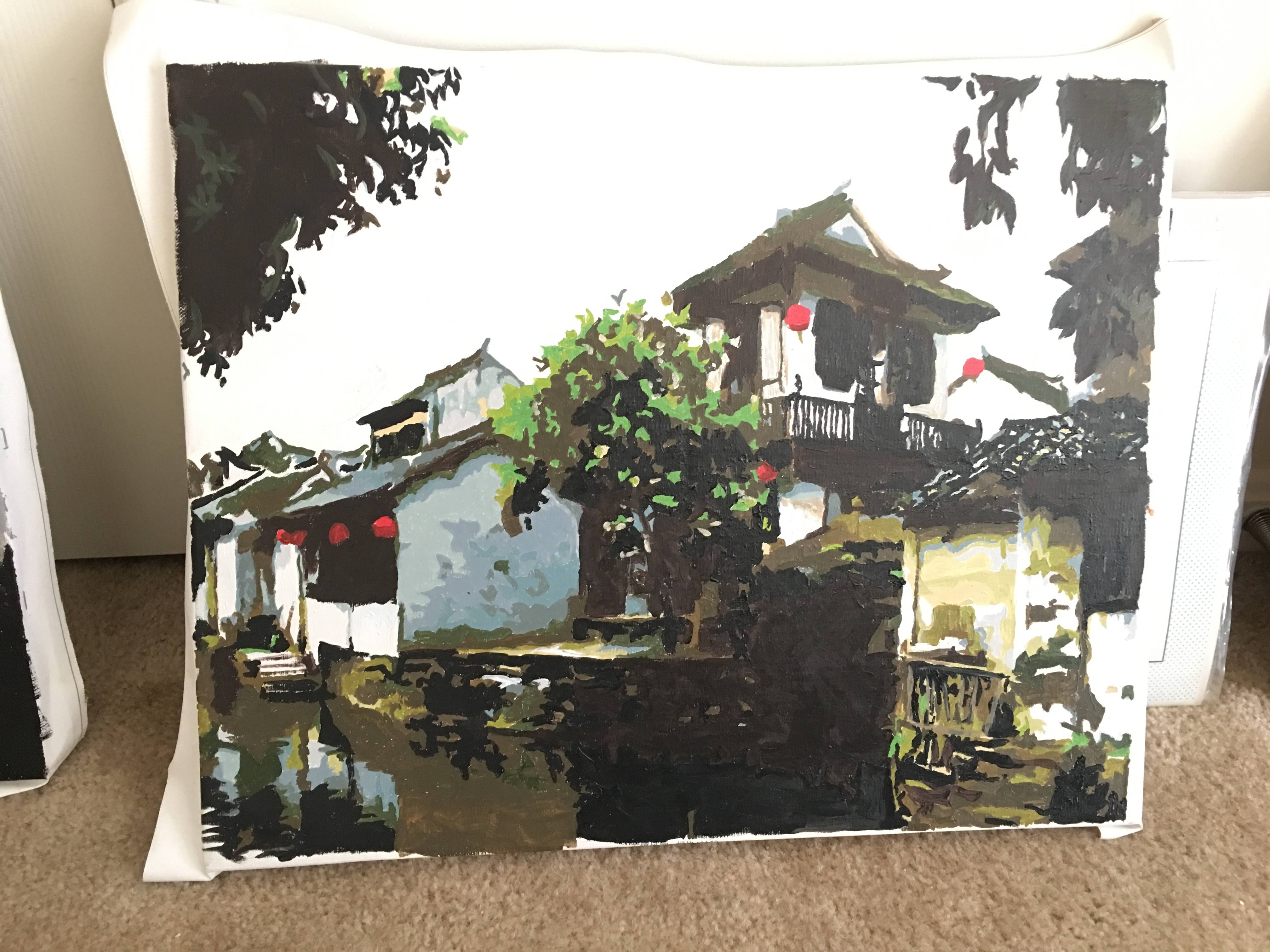 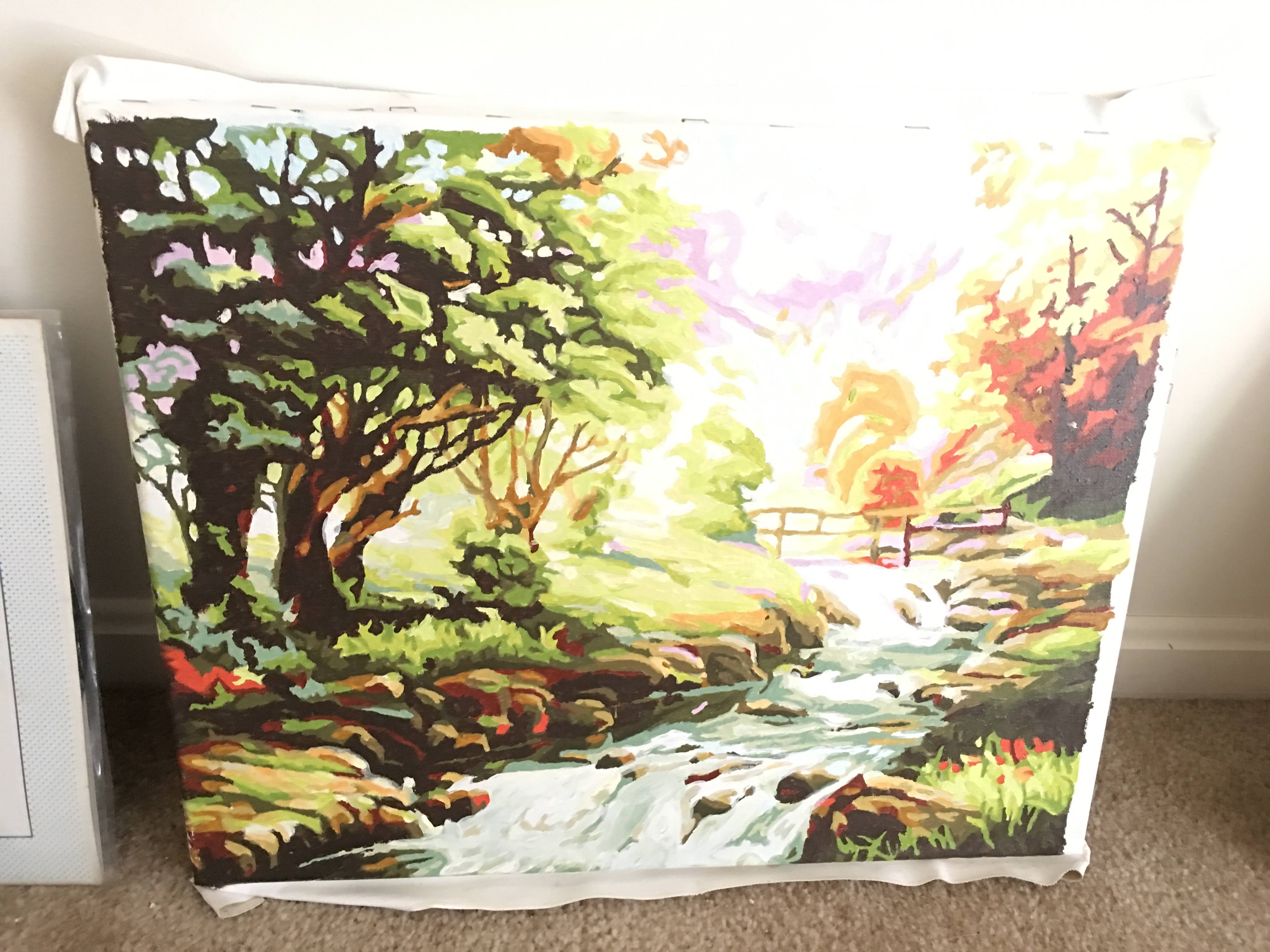 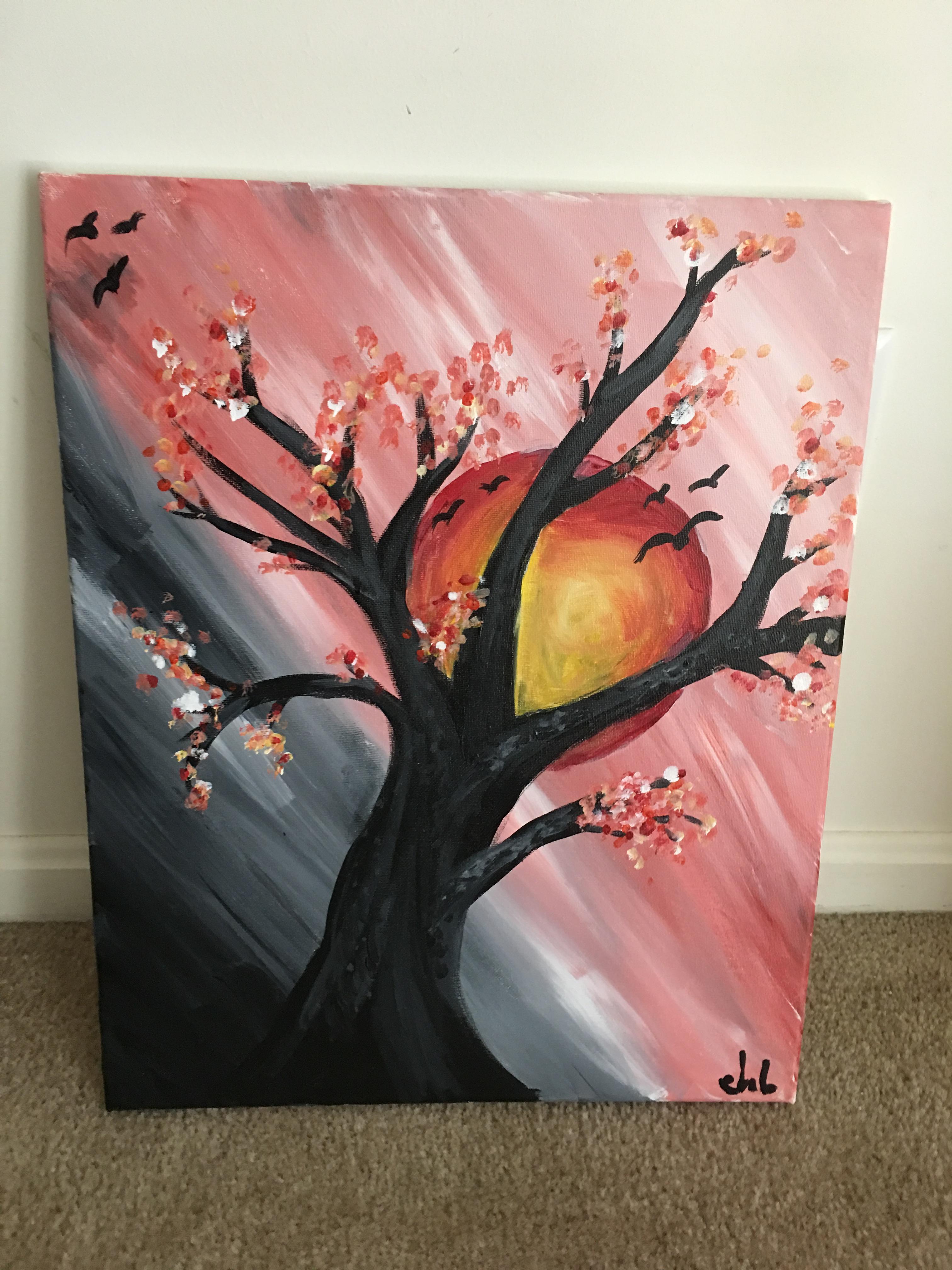 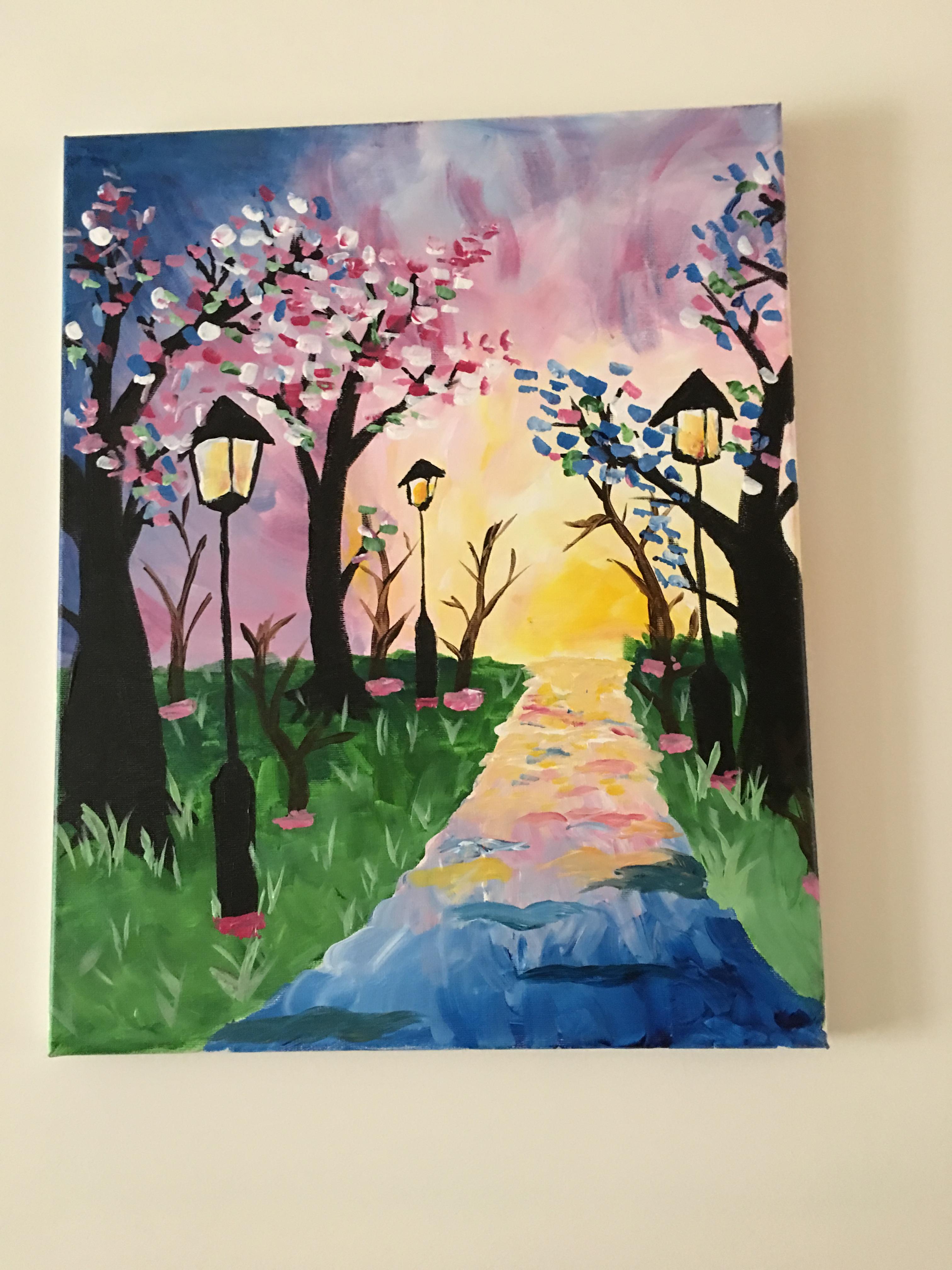 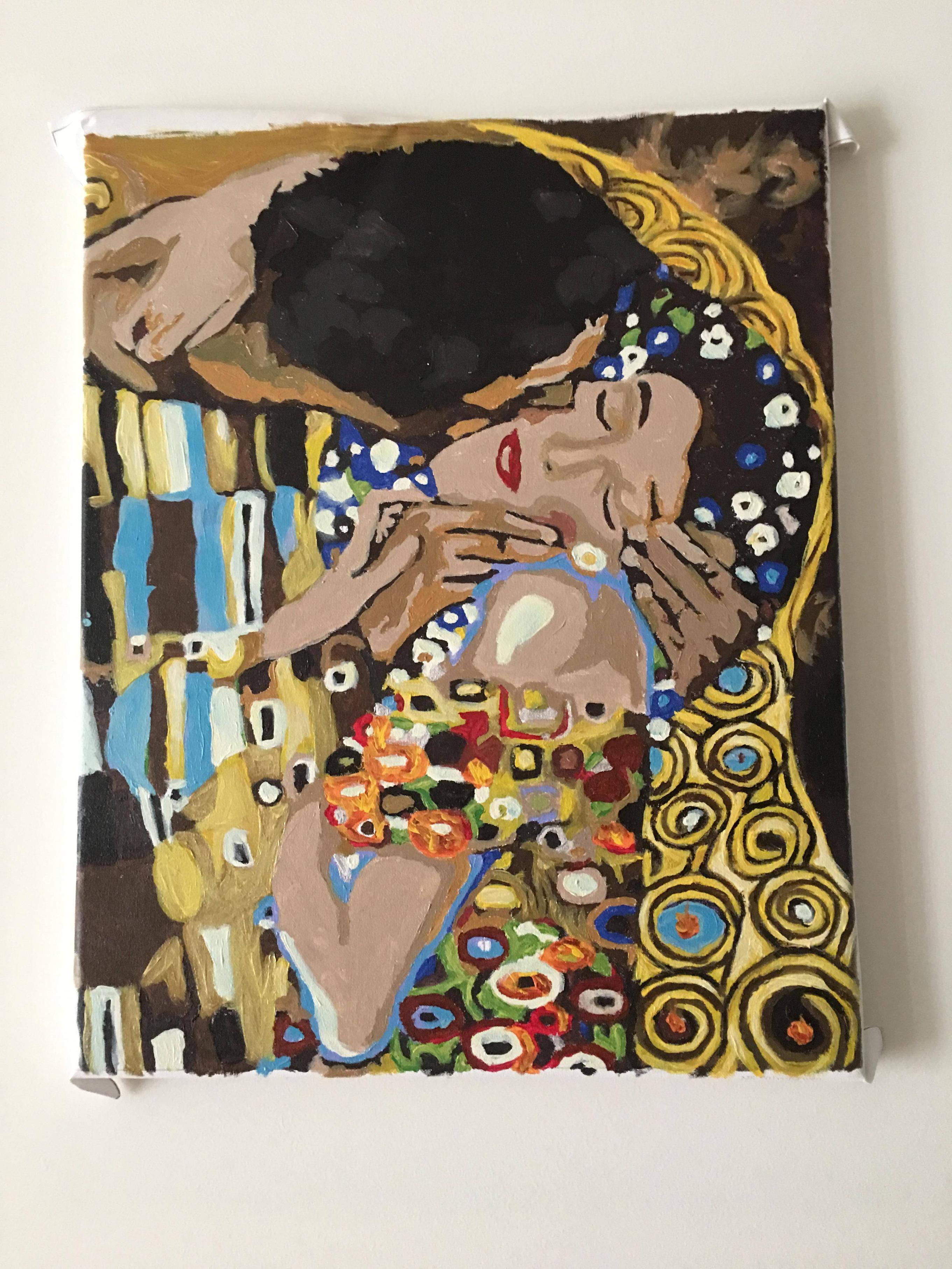 7. BESPOKE to Meriadoc Not sure if frame'll be included FYI. Haven't decided yet. Let's see how it impacts shipping 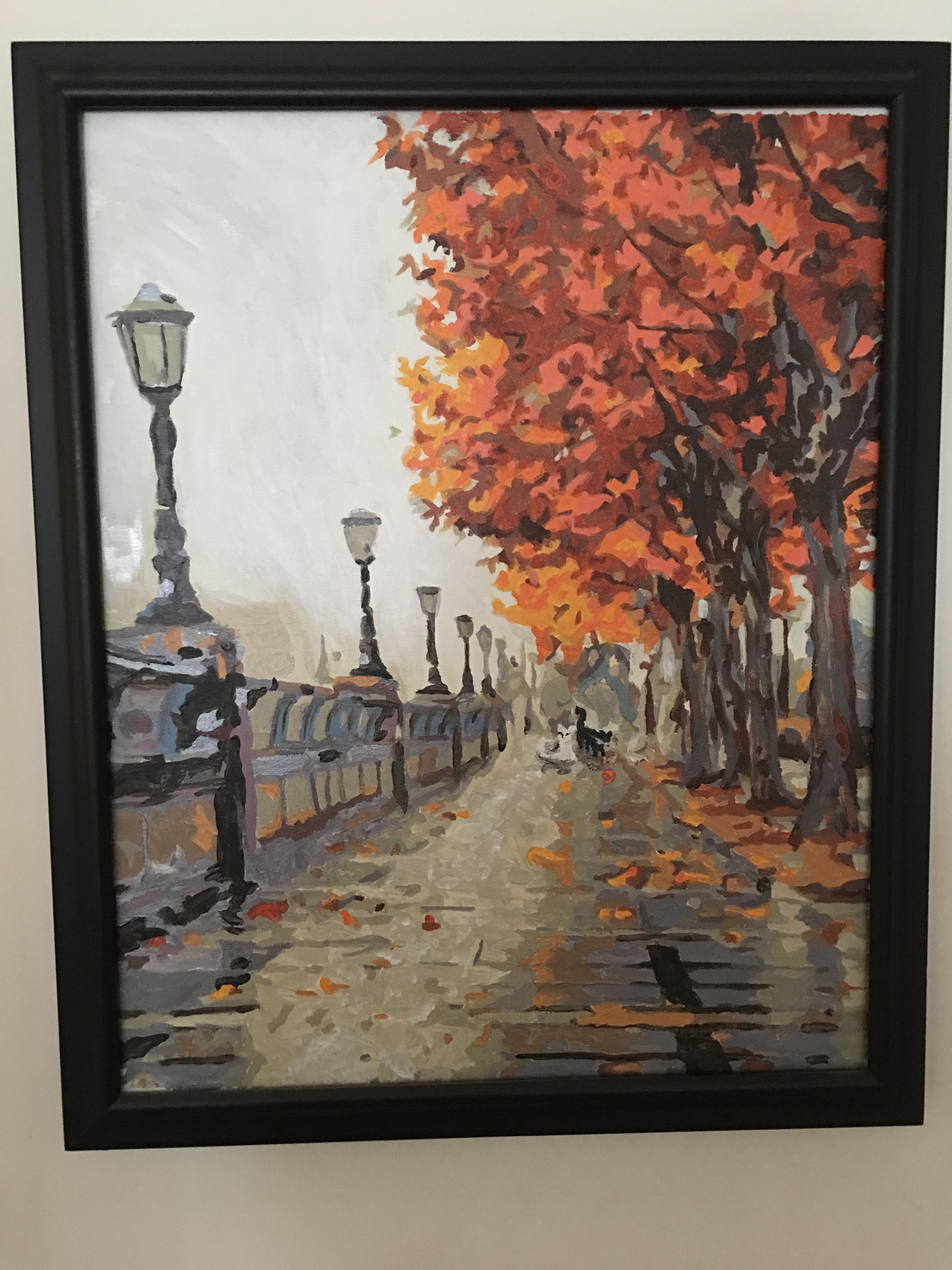 everything was pretty stupid

Woah, until this moment I didn't realize how exactly #7 would be the right one for you (and spiritually arguewithatree). I think you can tell in the photo, but at the end of the walkway in the distance there are two creatures - cats!

The original design was for two people and an umbrella but like...ehhh, it seemed a little saccharine. I decided to change it. My bright idea was to make them two cats instead. After all, I've got two.

OF COURSE you and chels would want the cat painting. It's too perfect.

P.S. Don't worry about me, I'm keeping my fave, plus I got two more languishing now for months. I'm moving. These are stacked in a closet collecting dust. I suspect that's a large part of why the last two are just hanging out mostly nude. It's not as fun to make things if you know it's just to no one's purpose or appreciation. 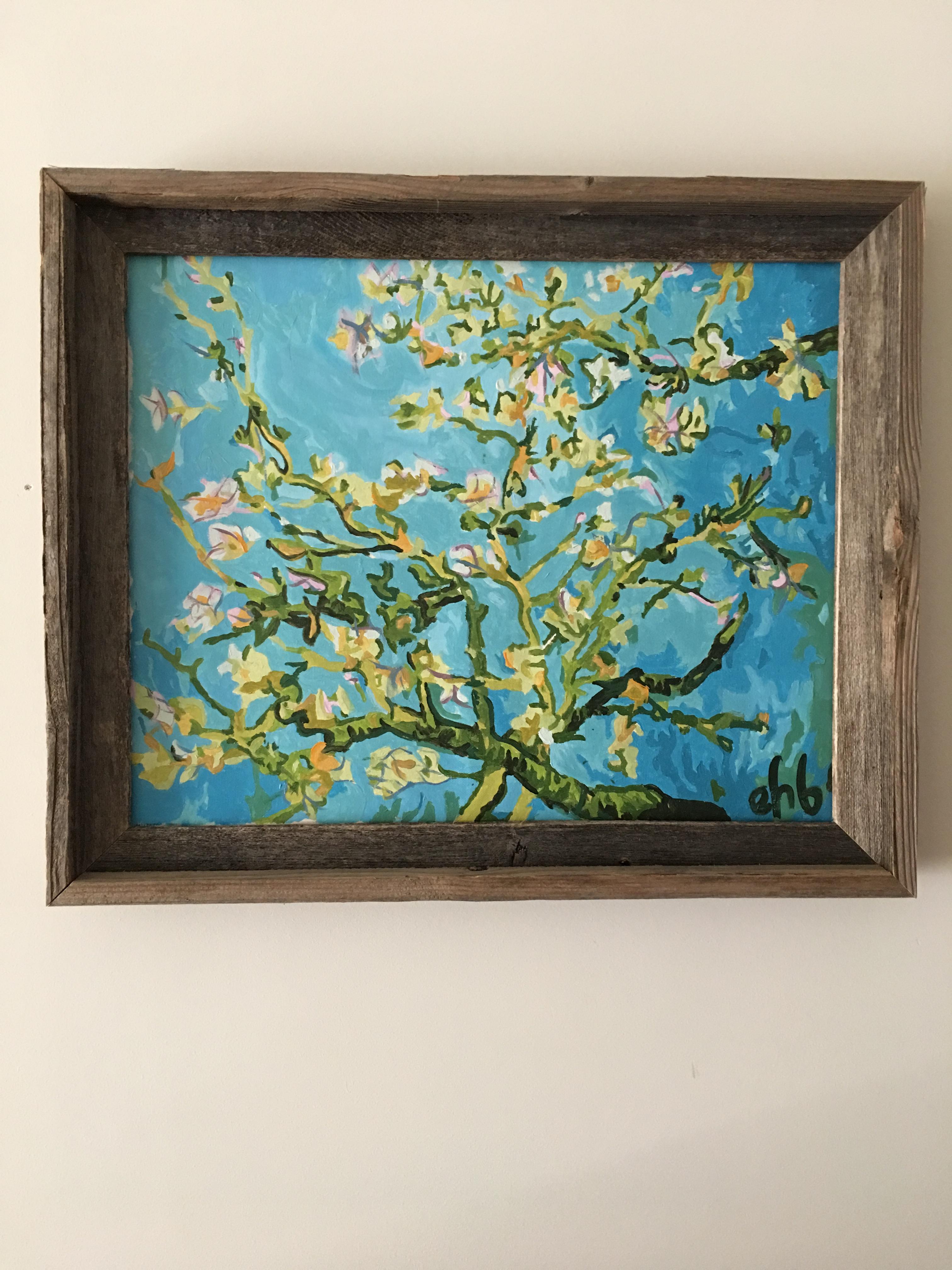 Thanks! Amazon, believe it or not. I did want a natural woodsy look though and ended up really pleased with this pick.

Sad that I got here late, glad to see all your hard work going to good homes :3

I have an EHB painting at home myself, and I was offered $100 for it over the holiday weekend.

What fantastic use of color! Like an impressionist Pieter Bruegel. Really beautiful!!

I love the colors on 4 and 5 if either aren't claimed. You can send them to Topher obv cuz it won't do me any good in Kosovo

francopoli actually beat you to #5 but #4 is yours! I'll work out transp with Toph :D

ain't no thang. 4 was the one i was attracted to first :)

#5 looks neat and fist in the colour scheme of my house. Let me know if anyone else had dibs.

You got first dibs; #5 is yours! Please PM me address and we'll work out postage.

I gotta admit, I fell in love with #2... and so did my roommates. Our apartment has had a whole wall blank for a year or so. All three of us hadn't dedicated the time to come to agreement on what to put on the wall, and we have schedules that rarely have us together in the flat. I'd be willing to help with S&H or anything, or just buy you a drink if/when we meet up. BTW, what does OBO mean?

Pm me your address so I can see where you're located again and we can figure it out! Glad that everybody agreed on it, that's pretty cool :)

Done! Thanks for the info. TIL..

Both roommates a fans of anything asian-esque, one even plans on moving to Japan after uni. So that worked in my favor. ;)

Tell us about #6. It feels familiar.

You are getting so much better!! These are all wonderful. Nice work EHB!

There actually is a story behind my choice to paint #6, so I'm happy to share.

Last November my brother was best man in his best friend-since-high-school's wedding. Because of my lifelong status as tagalong-little-sister - you know, one of those characters who is always there on the periphery of your life as you're growing up, so they become your de facto friend and, in cases of siblings, some of the glow of the older sibling's friendship is also conferred to the tagalong simply by dint of constancy and relation - it ended up that nearly every courtesy the couple extended towards their best man was also conferred to me. It was really neat.

Anyway, one of those perks was that my brother and I were welcomed with open arms to crash at the couple's apartment for the length of our stay. Yes, I slept on a couch and my brother on a camp cot, so these weren't extra-bedroom-apartment-level fancy digs - but who cared? Not us.

During those 4 days where I was in on practically every little wedding detail and crisis and group outing, except for suit fittings, of course my head was filled with the flurry of love, weddings, lifelong commitment, etc. You know, all the usual: What do I want from my partner? Do the soon-to-be-newlyweds seem like a strong couple? What is marriage, really? Do I want that? Am I ready or how am I not? sort of love-is-in-the-air-and-I'm-single-plus-analytical lines of thought that weddings inevitably stir in young and furtive optimists.

They seemed like a really solid, good couple, and I felt I could endorse their union, though of course no one asked and who was I, anyway? It feels good, though, when you're at a wedding, to feel you can have confidence in the two.

On the wall off the right arm of the couch where I spent three nights thinking as much as sleeping hung the largest piece of art in their whole apartment. The focal point, if you will.

It was Klimt's The Kiss.

Although I'd been familiar with the work before, the hours I spent gazing at it thinking all these romantic thoughts, and also spent considering the deliberate choice in design and its meaning, meant that when I got on the plane to get back home out of Georgia, Klimt was embossed on my mind. The painting not only would forevermore elicit those 4 days of great, momentous, and also challenging memories I built that second week of November, but it also took on its own meaning. I think it's the meaning Klimt meant to convey, that of love, union, two different pieces uniting into one - I don't often get that much from paintings. I get the visuals but I don't usually get message. After that wedding, Klimt, to me, had message.

I decided I wanted to paint my own smaller copy of The Kiss, if I could get it, because of all this weight a week had grown. So I did.

On a side note, the color palette that came with the canvas was fucked up and bland and very blah, so on this one I did a fair bit of playing around, changing colors, livening stuff up as I liked it. If you compare this to the real Klimt, you'll see the color schemes in some parts are notably different. I had a lot of fun doing that and this painting is among my very favorites of my paint-by-numbers, as much because Klimt and wedding as because of the risks I pushed myself to take from an artistic, no-guardrails-perspective.

this is probably overwrought and overwordy, but I really like that you asked about it because it's not a story I get to tell often and it was a really great introspective and impactful experience all around.

#6 also caught my eye. tng, are you asking for it? Otherwise, _refugee_, as a fellow lover or love, I'd love to hang this somewhere. The origin story also resonates with me.

p.s. once it's yours it's yours, and do paintings even really have names?, but I wanted to add on that my secret favorite name/nickname for #7 is "Verklimt."

It's all you pal. I really like it, but one of the draw backs of having a home that is 70% windows is that you don't have much room to hang art work. I would have nowhere to hang it and something like this deserves a nice spot. _refugee_.

Oh my god what is a paint by numbers kit will it allow me to come anywhere near to creating something this beautiful if yes send info p.s. I'm a huge fan of #3? Please?

You can get them on Amazon. You can get them either stretched on wooden frames, or not. You'll think it's cheaper to get them not stretched, buy frame pieces at your local craft store, and staple gun the canvas on yourself, but it's absolutely not. Not even by a penny. (I don't think the shipping cost varies that much either.) Search "adult paint by numbers kits" and you will find them. I was really into them this past year but like I said, it's hard to keep making stuff when you know it is just going to end up in your closet. Maybe if I lived in a big house I could hang and appreciate them all but the truth is, having painted them, it's hard for me to look at them now as pictures or landscapes or whatever. They still tend to look more like collections of different tiny patches of paint than images to me.

PM me your address and we can work out postage.

Wait, did you paint all these? If so, that's awesome! I would love to get my hands on painting 1, if it's still available?

Aye, that I did! But don't be too-too impressed, most of these were from paint-by-numbers kits. Some I did embellish a little, or alter the color scale, or change parts here or there to suit my opinion of how the painting should be, but I can't claim original conception.

I finished my 1st paint by number (#3 in this list) just over a year ago. Including the 2 I have in progress I've done 11, so it's kind of cool to see them all at once and think, "Hey! That's my painting progress, or at least practice, over the course of a whole year!"

#1 is yours! Please PM me your address and we'll work out postage.