Me: Interesting, I guess.

You: What's been interesting?

Me: This is my only ever online dating experience. First, I had to figure out which ones were lying and which were just hallucinating. Still, I was surprised at the response from people who ... who...

Me: Who didn't seem to be what they said they were.

You: Give me an example.

Me: OK, well, if someone says he has a PhD, you'd think he might be able to write a sentence.

You: Not necessarily. Maybe he is dictating his sentences into a device of some sort. He can punctuate, but the device can't or maybe his PhD is from another country. Oz, say.

Me: And then there's the folks who are wildly and enthusiastically in love with me before they've met me. That's a little inappropriate, don't you think?

You: To quote Johnny Cash

Love is a burning thing

And it makes a fiery ring.

I fell into a ring of fire.

You: Have you met anyone?

Me: Yes, I actually met one of the "phd" guys, although his emails were so tentative and fearful, I thought one of us would back out. He said things like, "We can meet for five or ten minutes or perhaps a little longer. I'll be wearing an African Hunter's hat which is dark green---I guess I'll get through this, then like all things--it'll be over!"

His first message compared us to refugees in the Holocaust. He wrote,

"Together, we face terrors in the holocaustal concrete.

At the work camp the people disappear. What is that smoke?

Perhaps you and I will be one, two, three, or more, refugees in love

Who slowly slowly, find their faces -- each other's faces."

You: That's not very flirty. You met him??

Me: Yup, we had fun. We barely mentioned the Holocaust.

you live in a crazy world, Lil. Good luck with the dating!

I know, I know. But if it makes someone giggle, it's worth reporting on.

The holocaust guy just wrote me. We're going to go for Chinese food at some point. It hasn't happened yet, but he has already predicted everything. He wrote:

We shall meet. Then there will be Szechuan green beans. We will enjoy and talk. Then there was a loud clap of thunder and rain and the waiter was nice and then they went home.

I know -- and he has a phd in Education and taught high school for 30 years. He brought me some kind of official document proving it.

He might be living in some kind of time warp and be capable of slipping into the future or past every time there's a clap of thunder. I should be afraid, but my bicycle is faster than his. He also talks to dogs. He can tell a dog's pedigree (even mixes) the way some people can identify cars.

I sent him the link to this thread.

Maybe you should go after the ones who mention the Holocaust more? if you had a good time with this one...

This seems like it's inviting reducio ad Hitlerum, tho... 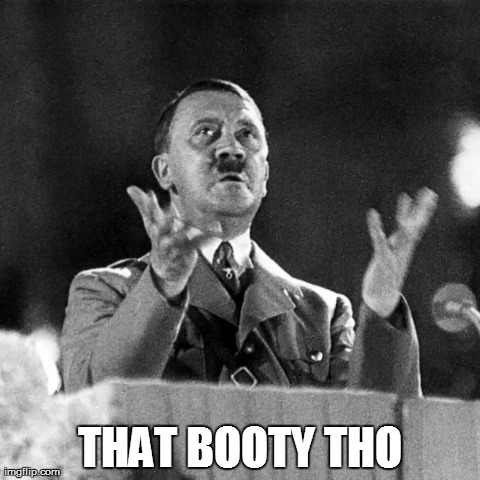 [https://ia902708.us.archive.org/24/items/iuma-god_ate_my_homework/God_Ate_My_Homework_-_Communist_Party.mp3](We're having a communist party) 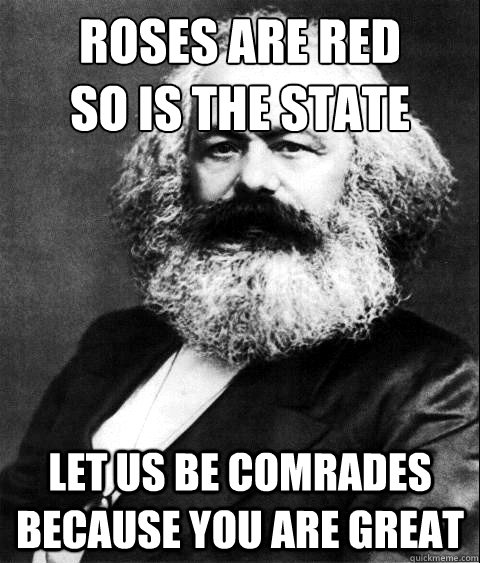 You should totally get on Tinder if only to post the inevitably hilarious results to hubski.

For the sake of comedy.

How about a cup of coffee searching through Nazi smoke of horror?

Make sure you can check that optimist checkbox! You aren't a bellhop. ;)

His letter did give me a pause.

Canada is a strange, silly place.

Maybe it's just me who is strange and silly!

We can meet for five or ten minutes or perhaps a little longer. I'll be wearing an African Hunter's hat which is dark green

My first thought would be "PICK UP ARTIST!!!". Sometimes I like to analyse such situation from the eye of a PUA for the fun of it :D

We can meet for five or ten minutes

Gives the impression that his time is rare and important. He is a busy man that is sacrificing his time for you

I don't know many people wearing an african hunter hat in public, so it might be peacocking

Let's just say he was a little unstable.

Later he told me that he was imitating Hemingway's writing style.

Anyway, we are still friends.

Then I met the other guy, the one who's on his way to Doha.

I just signed up to one, having not been on one since about 2005.

I keep getting openers with juxtaposed compliment and insult:

(These are translated so excuse the weird phrasing)

"I find you very attractive, but why are you wearing that sweater in the fourth picture? Feel like chatting?"

"You seem charming. You like dogs too much - is that because there's something lacking in your life?"

is this a thing?

If it's a pick-up technique, it's not terribly effective. I think I'd mildly prefer holocause references...

It is a thing.

If the person seems otherwise interesting, say this, "Thank you for your message. You seem to be criticizing me. Did you mean to."

Raise the level of awareness one person at a time.

Have you gotten responses from men that aren't lying or hallucinating? I've been on dating sites and don't have much of a gauge for what a woman might think getting a message from me. I'm not lying, and I don't think I'm hallucinating. Have you gotten messages from people who can write complete sentences with decent grammar who simply don't interest you?

I could be swept off my feet by someone with a really big vocabulary.

Agreed! I too have been dabbling in the online dating world. Ability to form a sentence has quickly become a critical ingredient. As soon as they open with "hay sexi" ...bail. Abort mission. Do not pass go.