I get it. So now you're feeling all self-conscious about using lots of words.

Eco, being a semiotician, is hailed by semiotics students who like to use his novel to explain their discipline. The techniques of telling stories within stories, partial fictionalization, and purposeful linguistic ambiguity are all apparent. The solution to the central murder mystery hinges on the contents of Aristotle's book on Comedy, of which no copy survives; Eco nevertheless plausibly describes it and has his characters react to it appropriately in their medieval setting – which, though realistically described, is partly based on Eco's scholarly guesses and imagination. It is virtually impossible to untangle fact / history from fiction / conjecture in the novel. Through the motive of this lost and possibly suppressed book which might have aestheticized the farcical, the unheroic and the skeptical, Eco also makes an ironically slanted plea for tolerance and against dogmatic or self-sufficient metaphysical truths – an angle which reaches the surface in the final chapters.

A-ha. For those following along at home, Robert Langdon of Da Vinci Code fame is a "symbologist" because Dan Brown doesn't understand the paragraph above.

There's probably a lesson there: write a novel about an ancient mystery solved by a scholar and his young assistant and you can thrill and entertain. Write about "semiotics" and Hollywood will misinterpret everything you say and people will hail you for your obscurity. Write about "symbols" and you can wipe your ass with hundred dollar bills.

You yourself barely understand the paragraph above, shithead.

You often say that when you dislike something celebrated, though.

Right. So The Name of the Rose is basically a bunch of framing devices used to support each other without anything to support, really. It's sort of a giant, elegant tower of sawhorses.

That is the worst metaphor ever. Right. For someone who really likes to water.

This has nothing to do with The Name of the Rose.

It does, though. Because you see, by talking endlessly in circles around something, I am providing further insights into that thing via framing device.

No, fuck you. You just free-associated something about sawhorses and now we're talking about watering strawberry plants. That has fuckall to do with Umberto Eco.

Fuckin' Eco has Adso burn a chapter describing a dream he had fifty-plus years previous in notes discovered by the author who lost them on the train in Prague and is now reconstructing them based on his memory.

And then we burn another chapter while William of Baskerville interprets that dream as banned book from the 11th century that monks secretly used as a mnemonic device to remember the scriptures.

So that we could mis-interpret the Book of Revelations in order to not arrive at the solution to the mystery correctly so that we can instead stumble upon the answer.

And use that falsehood in order to arrive at our climax at exactly the right time.

By the way, this is a metaphor.

I relent. Do you have a point?

What is this I don't even

Shut up. Point made.

There's good stuff in there but it's kind of a tough slog. Imagine a box of Lucky Charms

Where half of the marshmallows have been removed

And of the half that remain, a third are infused with curry powder

Which is an interesting flavor, but doesn't have much to do with 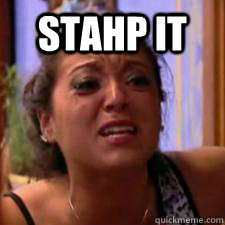 Well, I started A Confederacy of Dunces by John Kennedy Toole. Chapter 1, so far, isn't selling me. But my job ain't a job, it's a damn good time City to city, I'm running my rhymes...