The Sagrada Família magic square, however, is 4×4 and doesn’t meet these basic initial conditions. On the one hand, it doesn’t have all the numbers from 1 to 16 (it is missing the 12 and 16) and some numbers are repeated. On the other hand ―and herein lies the symbolic key―, the magic constant isn’t 34 but 33.

Subirachs took an existing magic square, from German painter Albrecht Dürer’s engraving Melencolia I, and adapted it, repeating the numbers 14 and 10 instead of 12 and 16, to make it add up to 33, the age Jesus is traditionally believed to have been executed. And we say traditionally believed because, historically, this has never been confirmed 100%. Nevertheless, it is true that 33 is also a symbolic number, and not at all random, based on the importance of the number 3 in the Christian world, as the symbol of the trinity. 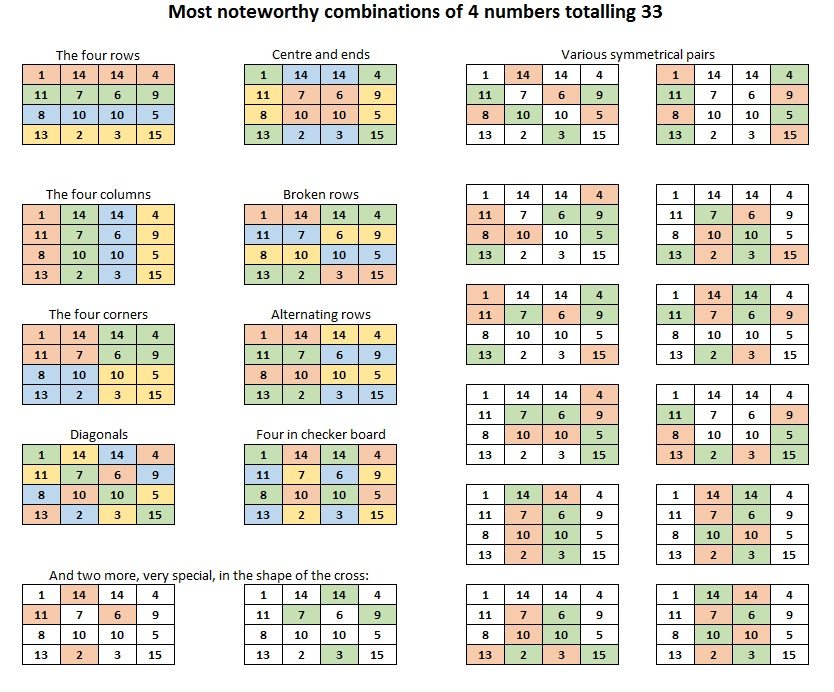