So the humiliation for Britain is not, primarily, in having had to ask the EU for an extension. It is that both the need for the extension and the way the EU approached the decision to grant it reflect the fact that Brexiters have made Britain dishonest, untrustworthy, chaotic, incompetent, and delusional.

But it’s actually even more humiliating than that. The ultimate truth of what the EU have decided is that – far from needing to ‘punish’ us – they are willing to be kind to us. We have been given the chance – carefully managed, in case we abuse it – to get our act together and to drop all the lies and fantasies.

It remains to be seen whether we are able to take that chance.

At first, the EU thought that Britain had some ‘cunning plan’ about Brexit but this quickly evaporated. It was visually symbolised by the photo, at the beginning of the Article 50 negotiations, of the EU side having folders full of documents and the UK side nothing but David Davis’ inane grin. 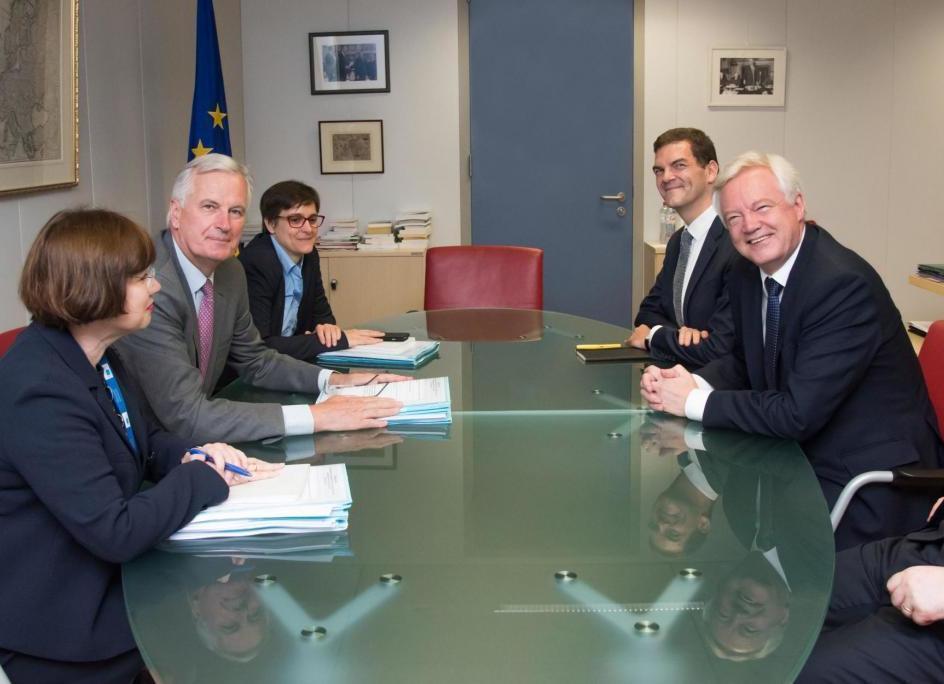 One of the newsletter-writers wrote a 2pp summary of the Brexit extension by saying that there would never be a Brexit, there would never be a referendum, the EU saying "here have through October" was an acknowledgement that the choices were now defacto status quo or an eventual trade union that looks almost exactly like the status quo and that every corporation that had hedged against a hard Brexit could now unwind those hedges and invest their money somewhere useful.

Brexit, really, has been a process of discovering how badly the British government is willing to harm itself. The discovery portion is over - not badly enough to take anyone else down. And while Parliament can internally gum itself from now until Rapture, externally there's work to be done and the easiest way to accomplish that is to extend and pretend until the generation that voted for Brexit is dead.