I was going to lay down that pithy Claire Wolfe quote from 30 years ago but you know what? I'll play.

Revolutions have the unfortunate tendency to replace one repressive regime with another. Russia exchanged monarchs for kleptocrats; Iran replaced an autocratic monarch with an autocratic priest; Egypt replaced one autocratic general with another. Fortunately revolutions tend to hit concentrated power much harder than diffuse power. It's easy to overthrow a general. It's a pain in the ass to overthrow a House of Commons.

Before you can overthrow a democracy you have to replace it with an autocracy. You are free to argue the Republican Party in general and the Trump administration in particular are hell-bent on this goal and I will not argue with you. Where we can dicker is how successful they're being.

Obamacare survives because McCain threw a thumbs-down into the middle of the works. That's the power of one man in our structure of government - what took a dozen years of orchestrated attack was unwound by one man who suddenly grew a conscience. I think we can both agree that there are many people within the Trump administration who are doing everything they can to unwind what we've got - Steve Bannon and Stephen Miller come immediately to mind - but ours is a structure where, broad strokes, it's every bit as hard to tear down as it is to build up.

And ours is not a centralized society. Everyone in America has gotten used to turning locally; local newscasts are experiencing a renaissance the likes of which they've never had and the argument for States' Rights has never been clearer. What I remember most clearly about the run-up to the Iraq War was the tireless efforts by the White House to shape popular opinion through manipulation of the popular press. The end result was the phrase "MSM" whereby suddenly, the default view became "if you're seeing it on NBC it's probably a lie." This is the void Putin & Co rushed into and it got them an election, just like the void got Bush and Cheney a war. But it's one of those things you can pull once.

The rantings of Fox News aren't crazy enough for who's left so we've got to huddle around weird websites for QAnon news. The President panders and pumps OAN, whose ratings are known only to OAN (which substantially impacts their advertising rates, which indicates their ratings aren't even worth discussing). There is not a major news source on the air that hasn't outlined the outright lies and mistruths promoted by the White House and no one is even pretending this stuff is normal anymore. We're progressing through the process started in 2003 when the world was forced to learn how to vet news sources and honestly, REALITY WILL WIN. It's just easier. Journalists are generally a lazy bunch and constructing a narrative out of things that happened is overwhelmingly easier than constructing a narrative out of things that didn't, particularly when anyone with a phone can query additional sources.

Politically speaking we've had a splinter faction hell-bent on tearing us apart who now have to deal with the reality that success means pulling together. Every minimum-wage slacker you've ever excoriated is now standing in front of you selling you Cheetos while you retreat to your compound. And both sides of that exchange know it. We have an entire ideology that has steadfastly rejected expertise who are now clinging to any expert they can find. And we have states shipping supplies to one another in defiance of the federal government because we're all fucking pulling together.

Would you take a 50% paycut if you never had to come to the office? 'cuz if that means you can move from a place where rent is $1000 a month to a place where rent is $300 a month... you start sharpening your pencil. ButterflyEffect and I were chatting about a marvelous cabin he's found for $172k up the fuck and gone some place where he could never commute to work... but considering it's less than a third what properties cost where he's forced to live, "telecommute from a cabin in the woods" becomes a lot more practical for everyone.

And suddenly your deep red hinterlands are full of Bernie-voting rose-wearing DSA fuckers drinking your redneck beer, buying your redneck groceries and engaging you in fucking conversation about the school levy.

Here's what I think: I think way too many of the Republican right-wing small-government ideologues have been on tape way too many times saying exactly the wrong thing over and over and over. People have sand in their panties right now about the absence of Joe Biden without observing that right now, the race is between Trump and "not Trump" and the constructive thing is to let Trump keep going on TV during prime time and appear keenly non-presidential. 77% of respondents polled want vote-by-mail. That's an eaaaaasy state initiative. Will it happen this time? I dunno. What I do know is that we're in the middle of a census right about the time everyone's being forced to stay home and it doesn't ask about immigration status but it does give you ten different choices of hispanic.

I don't know if you could craft a better repudiation of 'boomer, conservative thought than COVID-19. I'm not thankful we're going through it, but I'm not pessimistic about what happens after. Amazon got zero subsidies for building in NYC and they did anyway and that's because at the local level, Amazon got the middle finger. 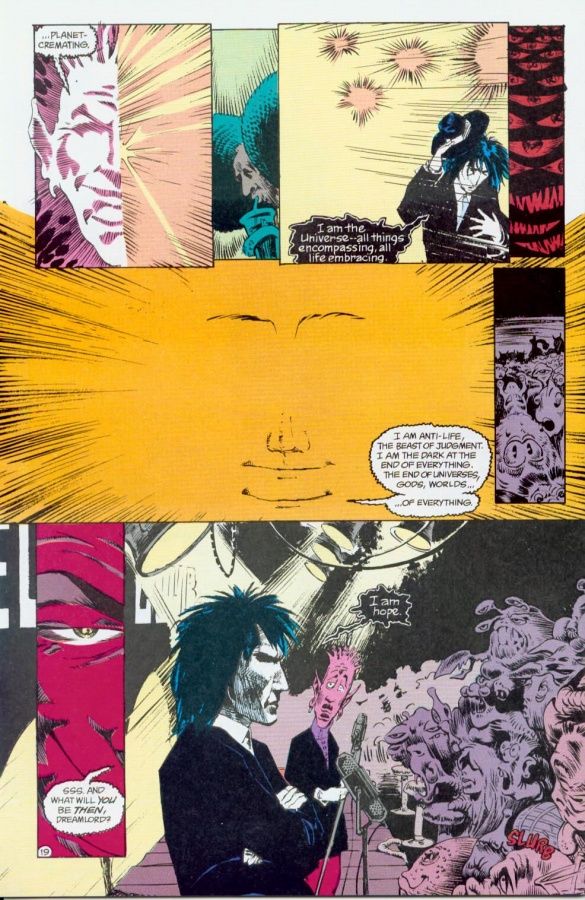 Maybe dial the purity test back a bit.