Yepperz. Realistically, it will "cost" governments tens of trillions of dollars to solve the climate problem. Over the next ten to twenty years, it will become glaringly obvious that we have no choice.

When people are like, "HEY, send me to start terraforming Mars RIGHT NOW!", I wanna tell them, "OK, have fun! I'll be here. Maybe you'll get the bandwidth to email me before you die, but maybe not". I think NASA is probably realizing that any serious attempt to colonize Mars needs to be an international endeavor if it will ever have a chance of succeeding (/affording it). With a staunchly anti-globalist president, there's no good reason for NASA to broadcast that, because they also probably realize that they're gonna have to pull a Vatican and think on timescales of human generations from the get-go, so what's four or eight years? I've been trash talking a Mars shot since I got here. The public simply doesn't understand how many challenges there are to colonizing Mars, and unlike asteroid mining, there are essentially zero business incentives for sending people to Mars. That I can think of, at least.

It's not hydrogen emission, it's emission generated when hydrogen bonds to hydroxide and makes water. Had to look it up, I was so confused, I thought "Why would SETI be looking at... Lyman-Alpha..?". I don't think targeting water is a terribly bad idea. Water has so many unique properties (yuge heat index, less dense in the solid phase than the liquid, relatively small temperature difference required for phase changes, should occur everywhere in the universe near a previous supernova that produced the Oxygen, etc.), and although it certainly might drastically narrow the types of "life", it seems like a decent start.

I think I've said this before, but I wonder if there isn't something encoded into quasar outbursts, like if advanced civilizations ever systematically arrange matter to fall into the supermassive black holes at the center of galaxies. I doubt it's really possible to encode much on very short timescales, because the processes in the accretion disk and jets that create emissions are super turbulent and non-linear. Actually, we think the most common non-linear process energizing things there is probably magnetic reconnection (muh jerb), but anyway. The dots and dits could be days, weeks, months, or years-long, though, I guess. That'd be the best way to have an omni-directional signal, because you'd be modulating gamma-ray and relativistic particle fluxes, which are rare enough that your signal-to-noise ratio is muuuuuuch better than other wavelengths or lower energy particles, especially if it were coming from the center of your own galaxy. There are many many other considerations, though.

Didn't know that about Drake and the Navy. I still maintain that the galaxy might be teeming with life, and there's not really a reason for them to bother us. Apparently there are plenty of solar systems with rocky, watery planets. There might be only a relatively small span in a civilization's development when they broadcast radio waves up into space before switching to neutrino beams or whatever. Think of it like a spherical shell of radio waves, and however many years they broadcast for, that's how many light years thick it is, and the radius of the shell is obviously growing one light year per year. The strength of the signal inside the shell decays as a function of 1/r^2; quite quickly, as the radius expands outwards.

Give me the energy requirements for a tightbeam visual signal from, say, Alpha Centauri B. I wanna be able to read morse code at night.

If they built a truly dispersionless laser (not quite possible, but play along), and knew exactly where your eyeball would be at all times 4.3 years in the future, they could just use something as powerful as the toy laser, and it'd still damage your eye. Hey, what're you up to just after January 28th of 2024? Asking for a friend.

I'm James. Working on finishing up my physics PhD. lil helped me with my grad school application letter! Apparently she did a great job, because it worked :).

Just got engaged about a week ago after an 8 year trial period with the best girl in the world. Looks like a courthouse, nuclear-family-only shindig, and then a backyards kegger for the 1 year anniversary or something. Pomp and circumstance ain't my thang.

Used some of my tax return to buy a Switch. flac, I'll be PM'ing you in a few days or weeks, depending on how long it takes me to get sick of BotW (could be months, I guess).

As for everyone else, if I'm in your neck of the woods sometime, I'll let you know, and maybe we can meet up. I just got back from Yosemite, and yeesh, it's gonna be tough to top that backdrop. Most beautiful place I've ever been. And before you ask, I managed to miss firefall, mostly because I was either snowboarding or watching PowerPoint presentations.

This week, I cheated. I asked my friend (let's call him Natthew, or "Natty", for short) to send me a pic, and he delivered: 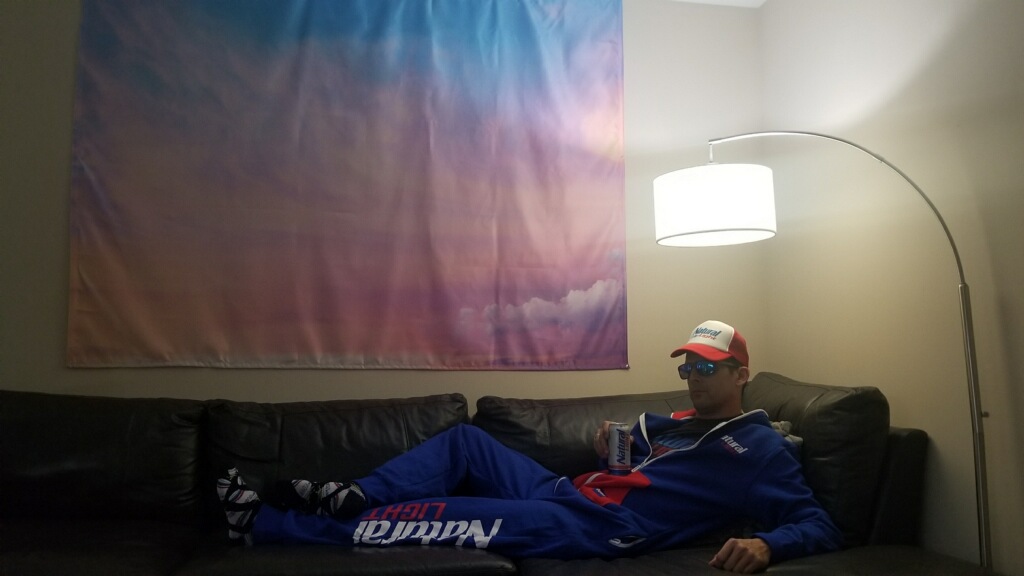